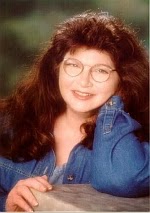 So You Want to Write
a Short Story?
by Jacquie Rogers
Website | Pickle Barrel Gazette


Like everyone who reads the Western Fictioneers blog, I love to read novels. Eventually, after my children were in high school, I even started writing them. The first book is one that no one will ever see, but my goal was to finish a book, and that was my only goal.  Since I had never finished an unpaid project in my entire life, no one in the family (including me) had any expectation that I'd actually do it.  I did.


After I had completed six manuscripts and had written the beginnings of two more, my writing career—which hadn’t gotten very far past some fancy rejections that all my friends said were good, even though it sure didn’t feel that way—I had a major accident. So there I lay... thinking about all I had invested: a ton of time, money, and my soul, with nothing to show for it.


But then I was asked to write a couple of short stories for a charity anthology. Mind you, I hadn’t read a short story since those horrible things they made us read in high school. I told them I couldn’t do it. My friend told me that if I wanted to be published, I would do what was necessary to reach that goal. So I sat down and wrote the first half of the short story in about three hours. The last have took me a week. Nevertheless, for a person with the disease of right-now, writing The End after only a week was a real thrill – one I liked a lot.


Short stories present quite a challenge because all stories, no matter what the length, require certain elements. The reader must care about the character first and foremost. There has to be a change in the character’s life to start the story, high action at midpoint, a dark moment, and all my stories have a satisfying (happy) ending. You have the page space to develop character and weave intricate plots in a novel—you don’t in a short story.

And that leads in to my three tips of short story writing.

So the first tip is easy—get on with it. Don’t waste words. Combine description and emotion in a deeper point of view. Adjectives and adverbs take up word count and likely there’s a stronger verb or noun that would do the trick.

The second tip isn’t so easy, and the one I struggle with the most. Limit the scope. I know, a ton of great ideas are floating around in your head begging to come out. Save those for your novel because you can only cram seven pounds of manure in a five-pound bag—don’t try to stuff ten pounds into it. Some publishers are more flexible on word count than others but even that can get you in trouble because you think they won’t mind a few thousand more words. Which turns into five thousand. Oops.

Tip number three is to satisfy your audience. Your fan base will begin reading your story with certain expectations—elements that they’ve come to enjoy. Yes, it’s fun to change it up every once in a while but maybe not a complete departure. If you’re known for your humor and you write a darker story, let your humorous voice shine through a time or two. The main thing is to keep ’em coming back for more.

I’ve been hoping that the romance genre fan base that I’ve developed will follow me to westerns. Yes, I’m still writing romance but I want my western fix, too. And fantasy, on occasion. It’s good for the Muse to branch out, but getting readers to snap up everything you write is a whole 'nother ball of wax.

The short story that I wrote for Wolf Creek, Book 6: Hell on the Prairie, has now been reissued by Western Trail Blazer, and I am sorta at a loss on how to promote it since it’s the first of a series, and the second story, No Small Tempest, is written but not yet released. The third story has no chance to get written until October, which is quite a wait for the readers but can’t be helped.  So here's the new WTB cover and blurb for Judge Not. 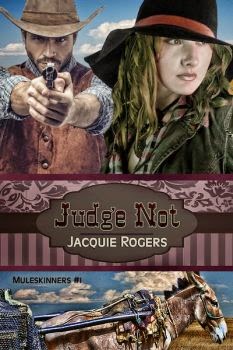 
Elsie Parry and her eight mules survived the war, but can they escape the wrath of the Danby Gang?

She lived alone for five years after the Recent Unpleasantness and was overcome with happiness to be reunited with her father. Now, his fondest desire is to leave all the bad memories behind and see the Pacific Ocean, so she agreed to head west.

All’s well until they approach Wolf Creek, where they’re set upon by the notorious gang of ex-Confederate guerrillas… intent on proving the war is not over, after all.

Posted by Jacquie Rogers at 4:52 AM