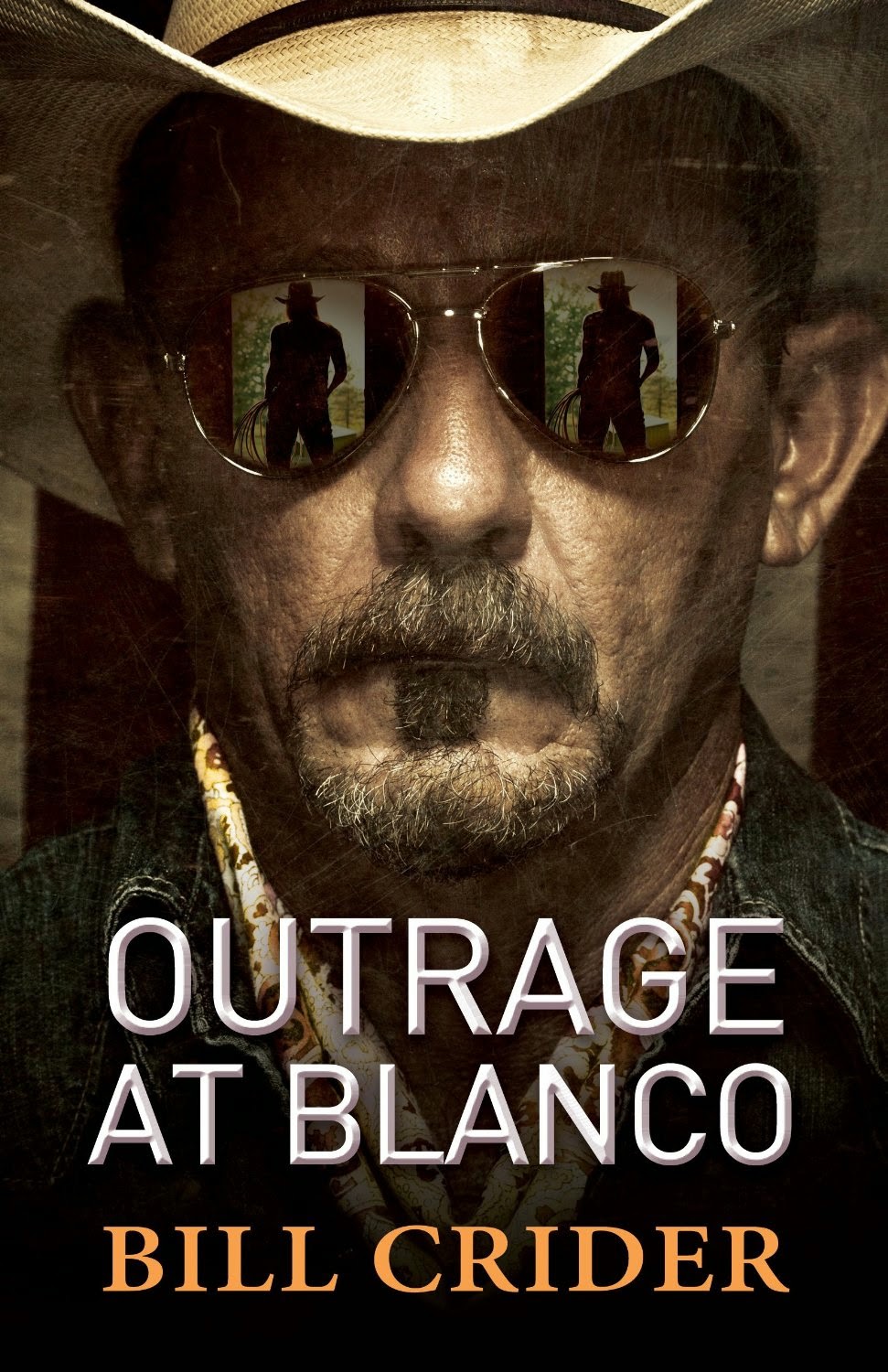 Raped and left for dead, newlywed Ellie Taine has not yet come to grips with her grief when her husband is murdered by the same derelicts who destroyed her comfortable, if dull, existence. Dead in spirit, Ellie embarks on a single-minded quest for revenge accompanied by a physically dying former Texas Ranger turned wealthy rancher whose self-involved son also died at the hands of the hoodlums.

Bearing many of the hallmarks of his work in crime fiction, author Bill Crider’s Outrage at Blanco might best be described as a “noir western.” Cynicism, fatalism, and moral ambiguity abound. Ellie’s transformation from earnest farm wife to remorseless killer is chilling, but her desire for retribution is justified. Even though she never overtly engages in introspection about her decision, on some level she must be aware she abandoned her humanity in exchange for reprisal. Once her dark side emerges, there’s no putting the genie back in the bottle.

In vowing to exact revenge on the despicable sociopaths seeks, Ellie stands as a proxy for anyone who’s ever been wronged. Readers will worry about their own moral compass as they root for Ellie to catch and dispatch the callous outlaws before their trail of rape, robbery, murder, and mayhem extends any farther.

As the fugitives turn on each other and die in horrible ways, readers likely will revel in Ellie’s personal brand of justice even as they mourn the waste of human potential embodied by her victims. In the final analysis, Ellie’s quest represents a Pyrrhic victory.

Crider’s ability to turn good into honorable evil is nothing short of scary. Outrage at Blanco is bloody and disturbing, not least because it forces readers to confront the ambiguity of their own nature. On several levels, the story works well: as entertainment for those who enjoy grueling, violent adventures, and as an unsettling study of human nature for those who savor a deeper, more psychologically complex read. 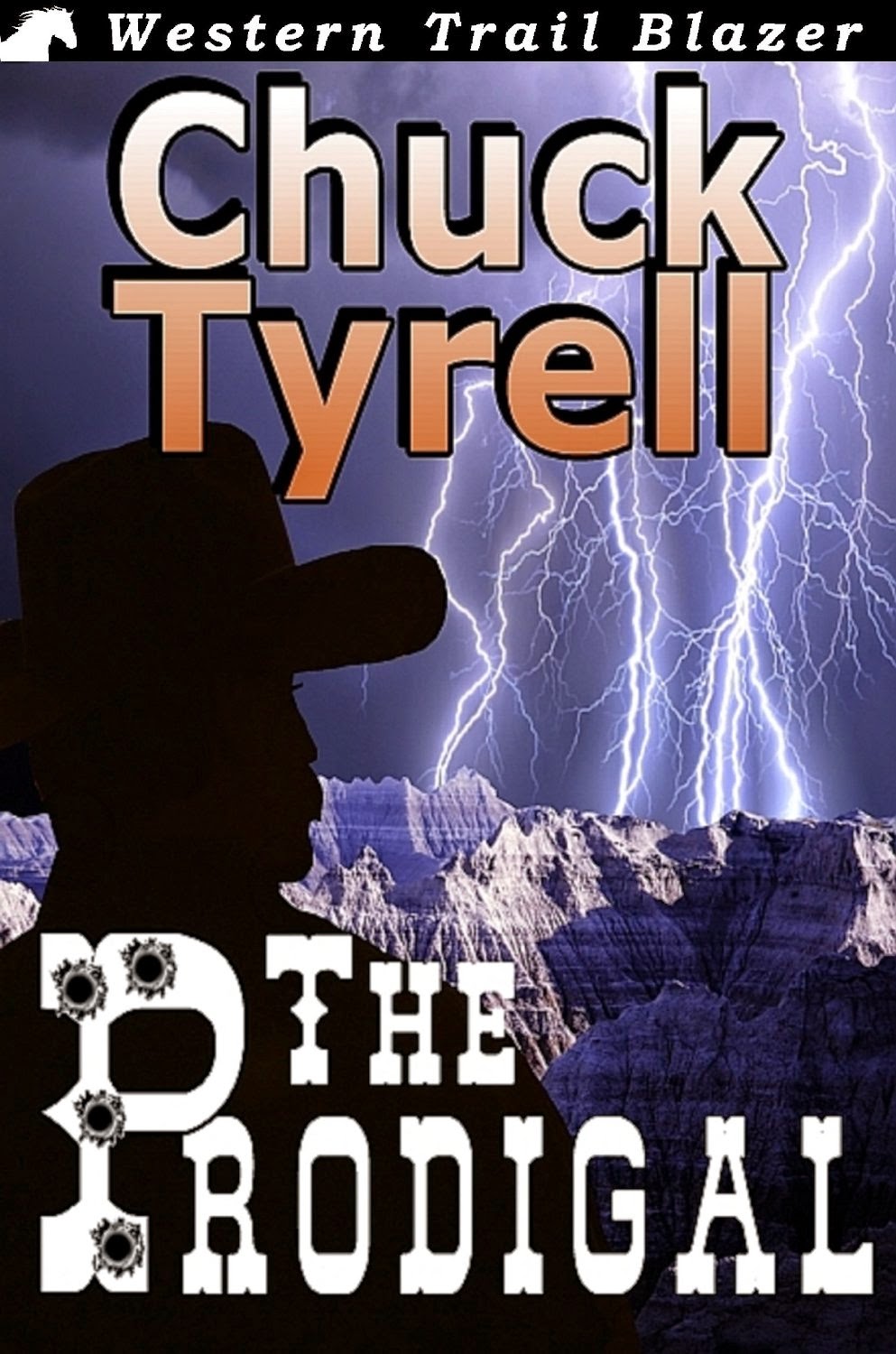 A lawman friend asks for Ness Havelock’s help in tracking down an outlaw gang wreaking havoc in the vicinity. The kicker? The lawman’s son is a member of the gang.

Tense and riveting from beginning to end, Chuck Tyrell’s The Prodigal is one of those stories readers won’t be able to put down. Thankfully, it’s short…although reaching the end is a bit of a disappointment. The writing is so tight and enjoyable, readers may wish the tale could go on forever.

The twist at the end is astonishing, sad, and wholly fitting. Read this one, if only to watch how a master draws readers in on the first page and never lets them go.


Kathleen Rice Adams is a Texan, a voracious reader, a professional journalist, and an author. She received review copies of Outrage at Blanco from the author. Her opinions are her own and are neither endorsed nor necessarily supported by Western Fictioneers or individual members of the organization. Links are for convenience only; they do not produce affiliate revenue.