A homemade bullet-proof vest saved the life of one of the deadliest professional killers in the Old West. 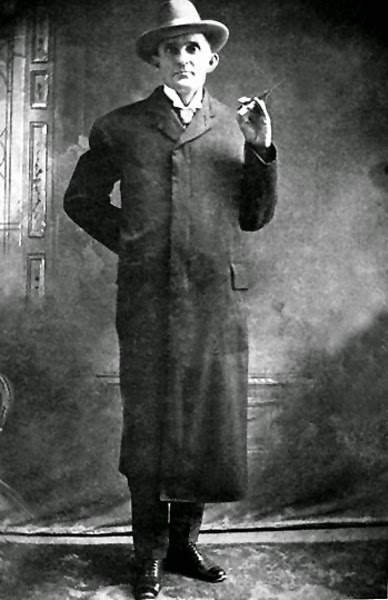 James Brown Miller–known as Deacon Jim, Killer Miller, and Killin’ Jim–has been credited with killing at least 12 people, although some put the number closer to 50, likely an exaggeration.
Miller hired himself out as an assassin, with a list of victims that included lawmen, cattle ranchers, political figures and even famed Sheriff Pat Garrett, who killed Billy the Kid. Miller's weapon of choice was a shotgun.

On April 12, 1894, Pecos, Texas, Sheriff Bud Frazer confronted Miller about his role in the killing of a local cattleman. Miller tried to pulled his gun on Frazer, but the sheriff reportedly pumped six shots into the outlaw.

Miller sustained only a minor wound to his arm. But, Frazer shot again, this time hitting Miller in the groin.

When a friend dragged the assassin to a doctor’s office, it was discovered Miller had been wearing a metal plate under his shirt, which had blocked all of Frazer’s bullets --likely his own version of a bullet-proof vest.

Not one to forget, Miller tracked Frazer to Toyah, Texas, a couple of years later, where the former lawman was working as a stablehand.

Miller leveled a shotgun at Frazer’s face and killed him.

Miller’s life of crime started at an early age when he was accused of several murders, including those of his own grandparents.

Law enforcement, however, had little success in convicting Miller for his crimes.
Deacon Jim usually was represented by expert legal counsel, thanks mostly to the wealthier clients, who had hired him.

At the same time, lawmen would often look the other way when it came to his record, especially if they needed help in capturing or killing a dangerous outlaw.

Taken into custody for the murder of a U.S. Marshall, a mob broke into the jail and dragged Miller and three other outlaws to a nearby barn and lynched them.

Just before being hanged, Miller is reported to have shouted “Let ‘er rip!”