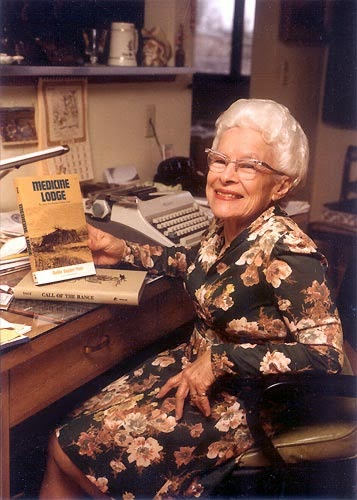 Along with her accomplishments as a Nebraska historian and writer, Nellie Snyder Yost was a Spur Award-winner with the Western Writers of America, and it's easy to see why. Yost wrote history like the best fiction. From the outset of a Yost essay, you're pulled down into the 19th century frontier, and you'll enjoy the trail.  Her essays, grounded in the Nebraska sod environment, abound with description, putting you firmly in the place and time. The memories she shares abound with heroes, villains and narrative threads. Of her 13 books and many non-fiction articles, it was Boss Cowman, University of Nebraska Press 1969, which she edited, that won the spur.

And it was Boss Cowman: The Recollections of Ed Lemmon 1857-1946, where I first encountered Yost.

“Ed Lemmon had no notches on his gun, no medals for broncbusting or prizes for roping or trick riding. But according to the National Livestock Association, he beheld the world’s record for saddle handling more cattle (over one million head) in his lifetime than any other man. He also held the record for the largest number of cattle (nine hundred) cut out, roped, and brought to the branding fire in a single working day.”

Like all good editors, her hand is invisible, yet seen throughout the first person yarns spun by Lemmon. 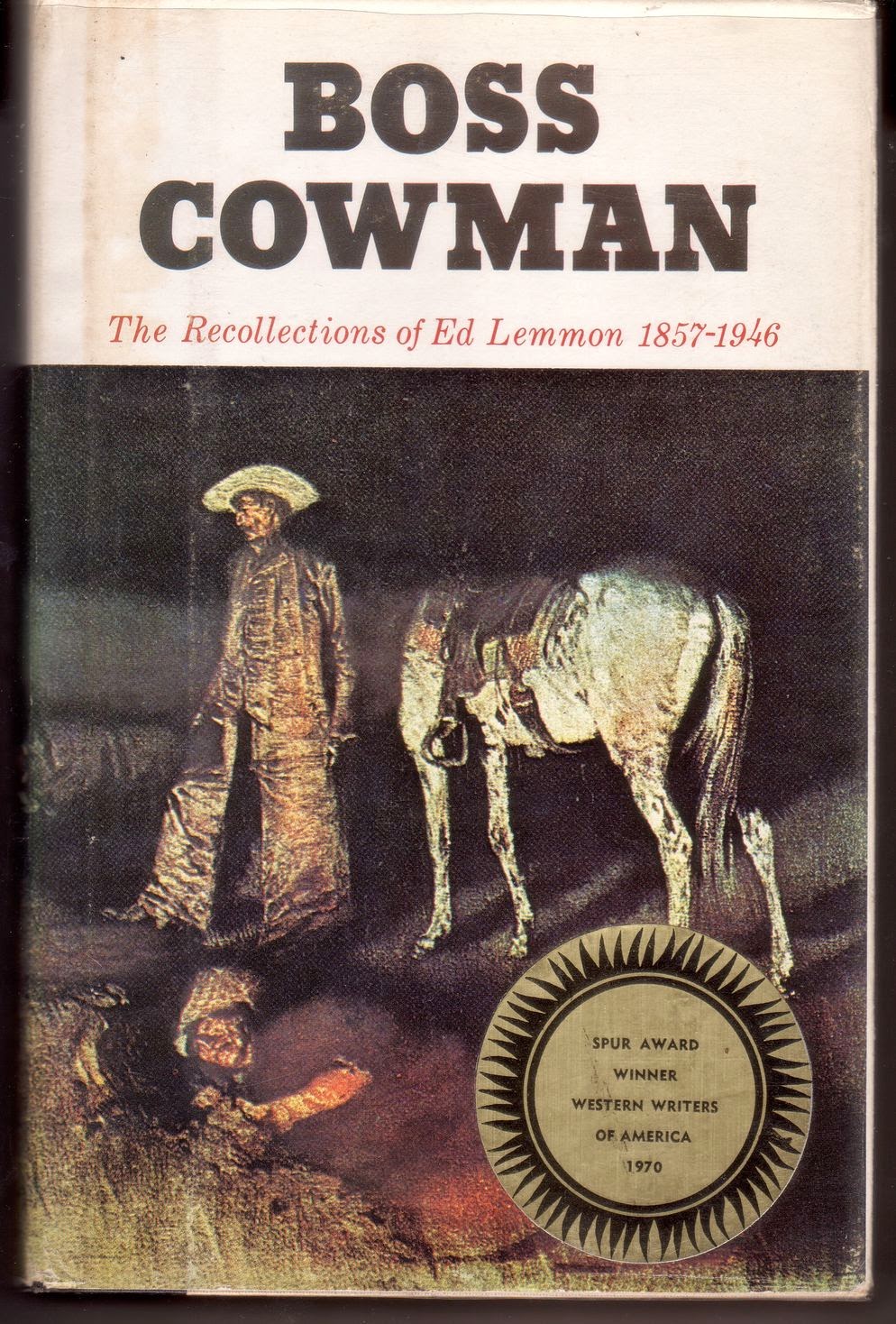 The most helpful Yost, and the one I'd recommend to anyone writing about Nebraska is The Call of the Range, The Story of the Nebraska Stock Growers Association. Literally starting at the beginning of time (Chapter 1: Nebraska Genesis), Yost writes 400 pages on the history of livestock in Nebraska with 26 chapters that cover everything from railroad expansion to the how’s and whys of Nebraska's 93 counties, to the Kinkaid homestead invasion, and to the birth of the Stock Growers Association itself.

Finally, a guilty pleasure. Growing up in Bloomfield, Nebraska, (Knox County) I read and re-read the Bloomfield Diamond Jubilee book, issued in 1965 on that town's 75th birthday by the Bloomfield Diamond Jubilee Committee and printed by the Ludi Printing Company in Wahoo, Nebraska. Little did I know that in 1976, a similar book, but published in hardcover with five times the depth was published by our neighbors at the Holt County Historical Society. Before Today represents an enormous effort from Yost (then 71) and a lively, rich source for anyone interested in 19th century life in the turbulent Niobrara River country.  Limiting itself to Holt County with its principle towns of O'Neill and Atkinson, the book is able to linger on minutia (race horses known and loved) and the family histories of several important founders.

Considerably ahead of her time, Yost didn't just tell us the history of Nebraska. Instead, she preserved the voice of big men like Boss Cowman alongside scores of obscure, but equally important ranchers, grangers, school teachers, and business men. Her contribution to Nebraska history has rarely been equaled and will forever be remembered.
Posted by Richard Prosch at 1:00 AM