IT IS A MATTER OF WEIGHT BY JERRY GUIN 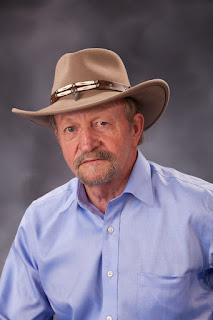 Consider what the pioneers faced when trudging their journey west. Perhaps they chose a Conestoga wagon (the largest of the wagons) being up to 18 feet in length and eleven feet high while four feet wide. Depending on the weight of the cargo (up to 6,000 pounds),they used teams of as many as eight mules or draft horses or perhaps up to a dozen hardy oxen to pull the heavy loads.

Many westward travelers opted to take their journey in much lighter Prairie Schooners or farm wagons, sometimes employing two. The wagons weighed 1300 pounds empty and capable of carrying 2500 pounds of freight each.

If you can imagine, the cargo placed in one of these vehicles had to be staggering. The list of food for an average wagon carrying the sustenance of 3 or 4 travelers for 3 to 6 months of travel might look something like this,(all in pounds): Flour 150, corn meal 50, rice 5, beans 15, sugar 10, coffee 15, dried fruit 5, Saleratus (baking soda) 2, tea 5, meat (ham and bacon in barrels) 200. That list alone is around 500 pounds. Then add by choice, pickles, cheese, pickled eggs and canned goods. Many expected to supplement supplies with fish and wild game along the way. 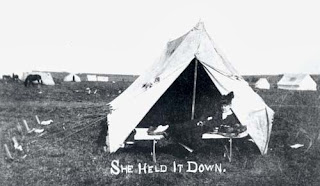 There were utensils to cook with to consider. Dutch ovens, skillets, pots, pans, steel tripods. Two changes of clothes per person and multiple boots. Boots and shoes wore out in weeks to months on the trail. Then there was bedding, maybe a folding mattress, tent, lantern, personal items and first aid supplies. Shotguns and rifles, hand tools for wagon repairs, harnesses, rope, wagon jack, wheel chains, perhaps a spare wheel or wagon tongue, farm tools which might include a plow, broad axe, hoe, shovel, rake, mallet, hammer, nails, saw and such to be used hopefully at the end of the journey. Water at 10 pounds per gallon carried in a barrel strapped to the side of the wagon as needed. For washday, a washboard and tub, 25lbs. soap, alcohol, tobacco, some grain for the animals. Then there were other items to consider; books and bibles, possibly a sheet iron stove or a cook stove, a table, grandma’s rocker, hope chests, musical instruments and, and……..

Much to the pioneer’s chagrin, after a time on the trail, many found that though the wagon could hold all their cargo stacked to the top of the bows, it was a chore to move along on less than flat hard packed ground. River crossings became a big challenging nightmare as well as steep mountains. Animals tired out quickly from pulling the massive loads. Pa (usually the one who cared for and drove the animals) recognized it quicker than ma did. The load was too much and in need of lightening. All kinds of goods including stoves, hope chests, furniture, tables and chairs, beloved organ, metal tools and a potpourri of other items including food was jettisoned to give ease to the already overtaxed animals. Some traveled as far as Fort Laramie, labeled “Camp Sacrifice,” because of the large amount of items discarded to lighten the load, before continuing the journey.

The Pony Express certainly considered weight. The advertisement for riders told it all, Wanted –young, skinny, wiry fellows not over eighteen. Must be expert riders, willing to risk death daily. Orphans preferred!”

Young, (meaning they wanted someone with endless energy). Skinny, (they were considering the weight that the horse would carry) preferring the rider to weigh no more than 130 pounds. Perhaps the idea being that a heavier rider might exhaust his horse, which was most likely a mustang pony, before the next relay station. Taking in consideration that the riders urged their horses to a flat out run to get going (possibly for show) but surely slowed the animal to cool off after a time.

The custom made saddle itself, the horse’s bridle and the special made 1/8” thick leather mailbag (mochila) together weighed an average of 13 pounds.

There were 157 relay stations spaced out, at five to twenty miles apart, over 1840 miles of trail. The expected time to complete the delivery, using various relay riders and horses, was 10 days. To start with, the rates charged were $5.00 per half ounce of mail. That fee later reduced some. The short-lived Pony Express (18 months – April 1860 to October 1861) was doomed to extinction when telegraph lines strung from Missouri to California, reduced the delivery time of messages to mere minutes. Ironically, much of the lines followed along the Pony Express’s very route.

In a modern setting, when I sold lumber, I had to consider the weight of the lumber before offering the product for sale and making up various loads. At the sawmill, the fresh cut lumber is sorted, according to size, length, and grade then offered for sale by the board foot. A one-foot long piece of a 2x6 contains one board foot. One foot of a 2x4 contains two thirds of a board foot (.6667 on the calculator) so a bit of cyphering has to be done in order to come up with the correct board foot figures for various sizes and lengths.

The weight of the finished product is a big deal when presented for sale because trucks and railcars have a cargo weight limit. Trucks in California, mandated by law, weight no more than 80,000 pounds (weight of the truck and the cargo combined) when traveling the streets and highways. Other states vary, some as low as 76,000 pounds. An average flatbed truck and trailer will weigh in at about 28,000 pounds. Some weigh more and some a little less. That means the cargo can weigh no more than 52,000 pounds. If found to be over that weight limit, then the driver of the load is subject to a fine and in some cases taken to jail if the infraction is considered blatant. Railroad flat cars also have weight limits. The originator of the load would be the responsible party.

A freshly cut log, from the forest, weighs more than a log that has been stored (decked) for a lengthy time. Density of the wood (ring count) comes into play also. Let us take Douglas fir for an example: Larger sizes, such as timbers, are the first choice, cut from the middle of the log then smaller sizes from the remaining portion of the log. Due to the curvature of the log, the last size cut is 2x4making it the most volatile in weight range.

It all comes down to dollars and weight. Based on weight, the 12,300 board feet load cost the same to haul as the 15,000 board feet load. Retailers have to consider freight cost when pricing their products for sale and adjust accordingly.

History records weight when considering freighting various goods. Our lives today revolve around the weight of almost every tangible item we buy. Retailers charge accordingly for freight or simply label the cost as shipping and handling.