Some questions about Charlie 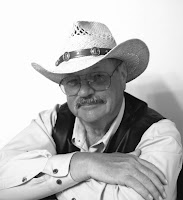 Cheryl tossed this bunch of questions at me, hounding me for answers, which I gave as best I could.

1. Most exciting day of your life was?
The most exciting day of my life? Wow. I've had so many. Exciting. Hmmm. Some of the banner days were these: The day in 1958 when I received a third prize at the Arizona State Science Fair for a solar-powered house design. Little did I know that my idea would be actualized with solar panels in my life time. The only difference is my house had submarine batteries in the basement to store the power the solar "shingles" produced.

2. Your favorite food is?
Ooooh. I love a good cut of prime roast beef, a little on the rare side. But the favorite would have to be tacos at the Gonzalez Brothers taco stand behind La Perla Hotel in La Paz, BCS, Mexico. I've never seen anything like them anywhere else. I love Mexican food, that made in Mexico, and the Tex-Mex and Arizona-Mex versions, too. There's a little Mexican restaurant not far from my office here in Tokyo that is run by a Mexican woman from Mazatlan who is married to a Japanese man.

Tacos, tostadas, enchiladas, all down home and delicious as Delores makes them. Actually, the terrace restaurant at La Perla is not bad either. Made more delicious by the family of father and four kids who come in to play mariachi music for the diners’ appreciation . . . and a few pesos.

3. The most favorite car you ever owned was?
Owned? A 1950 Ford I bought for $50 when I was a college student. It took me many miles before giving up the ghost in 1965. Not fixed up. Faulty rear axle housing that made me replace the left rear axle a couple of times. Fortunately, there were junkyards in those days where you could go buy rear axles out of junked 1950 Fords and the old biddy'd run for a few more months.

4. Something people may not know about you?
I'm not very successful at the big things I try to do. In 2005, I went to New Zealand to build a little yacht that I planned to sail around the world. As people who follow me on Facebook know, I finished the boat all right (after cutting of my left index finger and the end of my left thumb), only to wreck her on the rocks of Great Barrier Island on my way north to Hawaii. Totally a navigational error on my part. As so many people have said, "You ought to be more careful."

This is Resolution, the boat I built in NZ.

5. The best book you ever read is?
The books that stick in my mind are historical. Hawaii by James Michener. Shogun by James Clavell. My favorite western, though it is modern, is The Time It Never Rained by Elmer Kelton. I'm a fan of Robert Parker as far as writing style is concerned, and that can be said about Elmore Leonard as well.

6. An interesting fact about your genealogy is?
My original "American" ancestor was John Whipple, who came from England in 1632 as an indentured servant. After serving his seven years, he moved to Providence, Rhode Island.

His grandson, Commodore Abraham Whipple, fired the first cannon shot in anger by the Continental Navy. He'd been a successful privateer before that, and was related to the politicians of the state by marriage. On the eve of the Revolution, he commanded the group of Sons of Liberty who burned the British customs cutter Gaspee. He moved to Ohio in his old age, built a ship, sailed down the Mississippi, sold the cargo in the Caribbean. Loaded up with rum, and made a very profitable voyage to Providence, where he sold both booze and boat.

All rumor to the contrary, Amiel Weeks Whipple, of the western survey team, is no relative. Still, I like to tell people that the first capital of Arizona was Fort Whipple.

7. My favorite song is?
Southern Cross by Crosby Stills and Nash. Fits me to a T. And to think. I write Westerns. 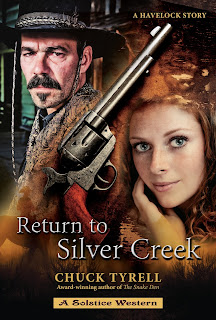