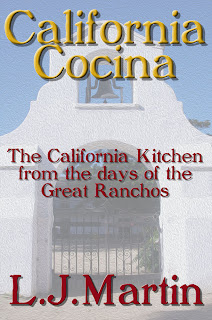 A Little Sittin'-Round-The-Fire
Cookin' Philosophy!
Don't you dare be afraid to cook!  Eggs are the toughest things a chef has to master and I'll bet you've conquered them long ago.  If you can fry an egg, you can master any recipe in this cookbook, or any other.
As I mentioned in the introduc­tion, adaptability and creativity are the hallmarks of a good cook.  I've had my share of flops--all good cooks have.  If they haven't, they're not trying hard enough.
I learned to cook at home from age eight, with a mother who worked and an older brother who was more than glad to share the chores.  I went on to cook my way through college, manning a grill 3' deep by 18' long, feeding 1,500 at lunch and dinner--not much for style but it did wonders for charge-forward and damn the torpe­does.  As fast as I could, I threw the hamburgers or chops on, ran back, salting on the way, and turned them on the way forward again, only to run back salting again--then I could im­mediately begin picking them up with a three-patty spatula.  Like a machine gunner, I had a loader who walked alongside, only this one carried a tray to fill with food.  And God help the irate student who wanted his "a little more done," or, worse, complained about over-cooking.  Later in life, I had four sons only a couple of years apart, which was almost as crazy as cooking for 1,500.  They, by the way, are all good cooks.
During and after college, I did a stint counseling and wrangling horses at a boy's camp, and had to do the cooking for as many as twenty at a time over a campfire with only what we carried on our backs.  I also seemed to get the cooking job for many a horseback hunting, fishing, or just lookin' trip into the back country, and still do as my wife and I try to get into the high Sierra at least once a year-- usually with an entourage of a half dozen or more who work up big ap­petites.  There are a lot of tricks to making camp cooking easy, and I'll share a few here.
Notice, I refer to myself as a cook, not a chef.  Standing over an open campfire, before dawn, not able to see if you're burning the flapjacks and having to judge by nose power alone, is not the bailiwick of a la-ti-da chef.  More than once I've made a lantern out of an empty coffee can and bacon grease, so I could see in the pre-dawn to cook.  Most chefs would quit under far better cooking cir­cumstances, but just try and quit when you've got a camp full of hungry hunters or fishermen or cowhands--at worst, you might quit more than just a job, at best, you'd leave camp a'skippin' with cans tied to your tail.
In everything else I'm hell for prompt--not cooking.  I learned a long time ago that the most appreciative eaters are damned hungry, or movin' on toward drunk, so I've always made it a habit to serve about an hour after I said I would.  You can get by with this in polite society, don't try it at a campfire.
Now that you know my back­ground, I will tell you that I can set as fancy a table as most chefs.  I can Wellington a beef and bone a chicken and crown a rib roast and flambeau and all the rest—and yes, I own French Cooking Volumes 1 & 2.  But its sel­dom I use a recipe book when cooking for friends.  After cooking a while, you develop a sense of what will work and what won't.  Some of my best meals have come about from the habit of using left-overs (having grown up poor I always cook too much) but not as originally served.  Day-old mashed potatoes can become wondrous treats in the hands of an imaginative cook.
So don't be afraid to add to or subtract from or change most of these recipes.  I stole most of them from other cooks, and changed them (or didn't) to suit me.  You do the same, and if you hate cilantro or lemon pep­per, leave it out and add what you love.
After all, they're your pork chops.
This is typical of the historical recipes included:


Blossom Fritters
·      12         male squash or pumpkin blossoms
·      3/4      cup warm flat beer
·      2           eggs
·      T          oil
·      1/4      t salt
·      1/4      t sage
·      4 oz     Monterey Jack or other white cheese
Separate eggs and beat yolks with beer, salt, and flour until smooth.  Beat egg whites until stiff, then fold gently into batter.  Remove all stems and stamens from blossoms  Fill each blossom with enough cheese so you can twist blossom ends and seal, dip in batter, fry in hot oil.  Drain and serve warm.
And this:
Pemmican
1 pound white suet
2 cups chockcherries
1 pound jerked meat
sugar
Roast jerked meat over open fire until bone dry.  Pound to a dust.  Add it, chokecherries, and as much sugar as you can afford and roll into balls the size of hen's eggs.  This will keep in your polk for a good long spell.
And this from one of my own novels, a look into a California rancho kitchen:
In the cocina, sides of meat and a few plucked chickens hung from hooks, adorn­ing one wall alongside iron skillets, pots, spoons, spatulas, and a hand-held coffee grinder.  Red peppers, green peppers, dried tomatoes, garlic flowers, and bay leaves, all strung together in multicolored bunches, hung from a wrought-iron roof-hung rack in the center of the room, directly over a butcher-block table where two women stood working.  Their speed belied the flesh that vibrated pendoulously un­der their arms.  Fat fingers flashed and flour hung in the air as they formed, twirled, and patted tortillas into shape with the staccato rhythm of chubby, slapping palms.
Bins of wheat, beans, lintels, dried peas, and fresh vegetables lined the wall opposite the meat and utensils--a flash of warm natural color that contrasted with the cold metal hanging overhead.  Two six-burner black-iron stoves huddled side by side against one wall, each flanked by a through-wall wood box that could be loaded from the outside.  One stove, and part of the stovepipe that rose through the red-tile roof glowed red-hot in the dim light.  This was the reason for the cocina being sepa­rated from the main house: the threat of fire.  The stove supported a variety of steaming pots and an iron pitcher bubbling with hot water that did a thousand vio­lent jigs in little droplets on the glowing surface before roiling upward in vapor.
The room smelled pleasantly of spices, and roasting meat--and of coffee.
A smiling Indian woman had a cup poured and hot rolled tortillas waiting by the time Clint had stored the musket.  She handed him a mug laced with sugar carved from a Barbados cone, and whitened with thick rich cream...
from the novel
Against the 7th Flag
by L. J. Martin
And this from on of the other contributors:
....the ink was taken from the mill pond fresh this morning, being composed of three parts water, two of mud, and one of tadpoles well ground.
from a letter
Hugo Reid to Don Able Sterns
Los Angeles, 1838
The vineyard is walled around.  It contains vines totaling 22,730 and ground sufficient to make up the number of 40,000, besides 430 varieties of fruit trees: 20,500 parras (vines on stakes) of uba prieta (dark grapes), 2,070 uba blanca (white grapes), 160 uba cimarrona (maroon grapes), in all,...  21 fig trees, 7 plums, 25 pears, 5 apples, 32 ornages, 40 granadas (pomegranates), 2 alvechegos (honey mesquite trees), 240 duraznos (peaches), 8 capulines (blood oranges), 3 nogales (walnut trees), 7 olivos (olive trees), 40 limones (lemon trees), in all 430 trees.
I don't include my tuna (cactus fruit) patch.
from a letter
Hugo Reid to Don Able Sterns
Translations are mine, not the author Reid's                                 Los Angeles,  1844
The above is typical of the content of California Cocina.  It's an entertaining and educational look at a wonderful time past.  Here's a link to pick up a copy:
http://amzn.to/WY1XgV 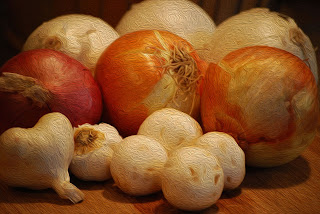