Pioneer Paper of the Plains by Tom Rizzo 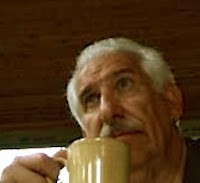 On the night of November 19, 1868, an angry and drunken mob of railroad workers tore through the town of Bear River City, Wyoming, leave a trail of destruction in its wake.

The mob burned down the jail to free a comrade, leaving a dead citizen behind. It then headed for the newspaper office of The Frontier Index, which used a box car as its printing office.

Fueled by publisher and editor Legh Freeman's violent, anti-Mormon viewpoint, the rioters sacked the office, and destroyed the printing press and other equipment.

When it marched en masse toward a general store, about thirty armed citizens took the offensive, and fired into the crowd, killing several and wounding others.

The Frontier Index, published by Freeman, and his brother Frederick, provoked passionate reaction wherever they published, and proved a unique venture in the history of Great Plains journalism.

Started at Fort Kearny, Nebraska, December 1865, the publication was dubbed "the press on wheels" because it followed successive terminus towns of the Union Pacific railroad, along the tracks westward to Julesburg, Cheyenne, Fort Sanders, Green River City, and Ogden, moving into a railhead before they fully developed into towns.

At the outset, the newspaper was published on an old time hand roller press which was abandoned by General Joseph E. Johnston who, prior to 1861, commanded US troops in the far West.

The equipment was easy to transport. The Freemans operated out of box cars and tents most of the time, ultimately serving mostly civilian subscribers in about twenty different locations, including a few near military installations.

Because of easy access to the telegraph, the newspaper was able to print national news as soon as it was available from the East. 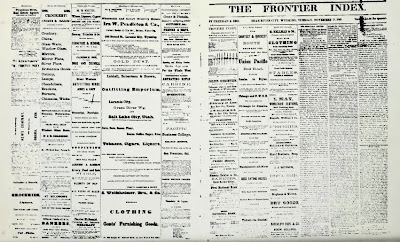 The Frontier Index also borrowed a page from the Associated Press by establishing an exchange program with other newspapers. While on site, Freeman served as a local printer for private projects. And, he also sold advertising space in the newspaper.

Under its masthead motto - Independence in All Things, Neutrality in Nothing - the paper delivered a no-holds-barred, straight-from-the-shoulder digest of sometimes witty opinion. Although it seemed to mirror the sometimes rebellious, independent attitude embraced settlers making a new start in the growing American frontier, Freeman's views and opinions helped alienate a number of people.

He walked a tight but narrow rope between witty and sarcastic. Everyone was fair game, it seemed.

Freeman often crossed the line with endless, vitriolic, and bigoted attacks against what he labeled the Useless Slaughter and Horse Useless Grant administration, the Credit Mobilier scandal that involved the Union Pacific, Mormonism, Black Republicans, Indians, and Chinese. 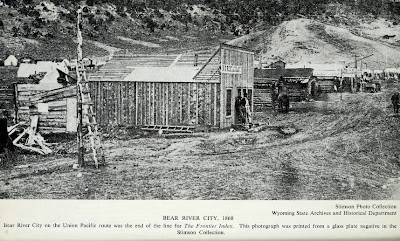 The Reveille, Oct 2, 1868: "The filthy rebel sheet, The Frontier Index, is alway filled with ribaldry and gross abuse of the government or some of its agents. It seems to gloat and grow fat with the lowest billingsgate it can command in ministering to its vulgar appetite by pouring out abuse about anything or or any person who stood by out country in the time of her trial. From the tone of the Index, we should judge the editor would make a good member of the Ku Klux Klan…"

The Salt Lake Daily Reporter , Sept. 12, 1868: "The Frontier Index  says it is the mouthpiece of Wyoming Democracy. We wee mistaken, badly mistaken, as everyone it likely to be occasionally. We had come to the conclusion that the Index was the entire butt end of the Democracy of Wyoming."

Editor Freeman liked being on the move and, by 1875, Freeman moved back to Utah to open the Ogden Freeman. He also published others in Utah and Montana.

Freeman married three times and had four children. He spent the last few years of his life in Washington writing and publishing the Washington Farmland,  becoming involved in the Populist movement. Freeman ran for the Senate twice as the "Red Horse Candidate." He also made an unsuccessful attempt to run for mayor, but finished last in the 1914 race.