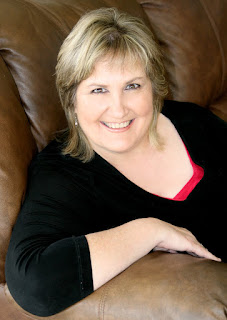 If you’re like me, you have a few rules for writing–and for reading. In my writing there are some things I would “never” do. Here’s a list of the top three:

Well…one out of three ain’t bad. 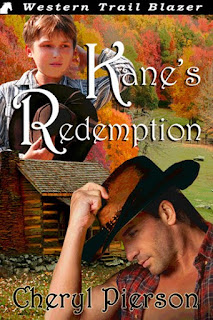 I threw Rule #1 out the window when I picked up my pen and started Kane’s Redemption. I wrote it in first person. It’s the first work of fiction I’ve ever written from this perspective, and after I wrote it, I knew there would be two more of these novellas to follow. There was no better way to tell this story of young Will Green and Jacobi Kane – and the secret that stands between them.

Will is a child when the story begins, but a young man by the conclusion. So, I guess you could say I broke my own “Rule #2” as well. But there are some stories that have to be told by the child, to take hold of the innocence that only a child possesses and manages to hold on to in the face of reality. Who could have told Scout’s story better than Scout, in To Kill a Mockingbird? No one. She was the perfect character to tell us what was happening and the perfect filter for us to see for ourselves those things she couldn’t put into words. Through her eyes, we saw everything. I knew that Will had to tell the story of what happened to him and how Jacobi Kane rescued him…and what happened afterward.

Growing up in the 1800’s on the prairie of the southwest would make an adult of you quickly; even quicker if you watched your entire family murdered in the space of five minutes. This story is not just about Will, though – it’s also about Jacobi Kane, who has some secrets of his own. Although he rescues Will, he wrestles with demons that can’t be fought alone – but how can Will help? In the end, who is the true rescuer – Will, or Jacobi Kane?

Romance? Well, there’s a bit of that. But it’s the romance that comes with new beginnings and the kiss of forgiveness–sweet, touching and straight from the heart. Come to think of it, the romance in Kane’s Redemption is a bit different from anything else I’ve ever written, too.

This story came from somewhere deep; a place I didn’t know existed. It’s a gift I hope you will take as much pleasure in reading as I did in writing. 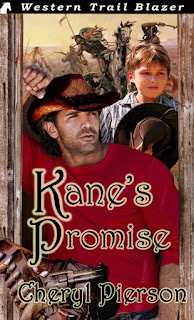 I will be giving away a copy of KANE’S REDEMPTION today! All you have to do is leave a comment, and please leave your e-mail address so I can contact you! I will leave you with the blurb and a couple of excerpts. Hope you enjoy!

BLURB:
A ten-year-old boy fights for his life when he is taken prisoner by a band of raiding Apache. Steeling himself for death, Will Green is shocked when a lone man walks into the Apache camp to rescue him several days later.

Driven by the secret he carries, Jacobi Kane has followed the Indians for days and needs to make his move to save the boy. With the odds stacked eight against one, his chances for success look pretty slim. But even if he’s able to rescue the boy and they get out alive, what then?

Tonight would be my night to die. Red Eagle and his men had kept me alive to their own end, for the last several days. Now, they argued, and though I didn’t speak Apache, it wasn’t hard to tell what they meant. We had ridden across endless miles of desert, populated only by saguaro cactus and rattlesnakes for days. I wasn’t sure how many. The men talked amongst themselves, their faces smeared with war paint. Garish and frightening, they had seemed to me from the moment they took me. Now, they seemed hideous, almost laughable.

Red Eagle moved back just as fast as before and I felt my cheek burning. Blood dripped off his blade and that was it. I went after that red devil like I had lost my wits. I guess, truthfully, I had – because I don’t remember anything about it, except how good the first smash of my fist in his face felt.

Blood ran from Red Eagle’s nose and he cried out in a snarl of anger and pain and surprise.
I felt a pulse of energy rush through me, and I wrapped my fingers around his throat like he’d done to Mama. I tightened them and his blood streamed warm and slick over my grip. His eyes began to bulge, and I thought in another minute, maybe I could have the vengeance I had wanted so badly for the past week.

Papa always said a man’s quick wits are sometimes his only defense. I was exultant. I may have been foolish for what I did, and I felt sure Papa and I would disagree sharply on the use of my wits. But I did what I had to do. 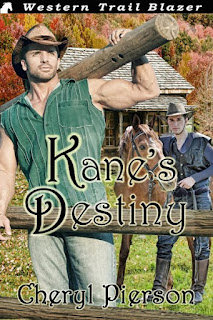 Suddenly, rough hands were upon me, pulling at me. But I was like a mad dog, snarling, and foaming at the mouth in my pent up anger and hatred that was finally spilling out. What a glorious opportunity! Even if I died for it, I knew I couldn’t have passed it up – whether Papa might have approved, or not.

The Indians were all speaking at once, yelling, calling out, laughing. The moon was full, providing even more light than what the fire gave, making the night seem even hotter, as if the sun still shone on us. From somewhere in the distance of the woods beyond, I heard the call of the owls, and I knew enough Injun to know what that meant to them.

Someone was going to die. It might be me, but I was doing my damnedest to take Red Eagle with me.
A gunshot split the night air. “Dammit, stop it!” Hands like steel bands wrapped around my shoulders and jerked me off of Red Eagle. “Stop it!”

I couldn’t answer. I was breathing too hard, panting like the mad dog I had become. My hands balled into fists and flexed open again and again, and my fingers were sticky with Red Eagle’s blood. My own pulse sang through my veins in a triumph I had never experienced before.

“Boy, straighten up or you’re gonna get us both killed.” The voice was calm. I stopped struggling and looked up into the face of a white man. A white man had walked right into Red Eagle’s camp. I figured, now, those owls would have plenty more to tell – at least one more death.

But he didn’t seem worried. He held his rifle at the ready, pointed in the general direction of the group of eight Indians that rode in Red Eagle’s band. I glanced around the half-circle of painted faces, and I couldn’t help gloating. They all looked as if they’d met up with some kind of spirit or demon more wicked than they were. And that was going some.

I nodded. I guessed I could, I wanted to tell him. Been doin’ it for a damn week.

“Need help getting on?”

I shook my head and he let me go real slow. “Pick the one you can manage best and get settled on him. Take Red Eagle’s rifle and bullets.”

“Wait!” Red Eagle challenged. He rolled onto his side, wiping the blood from his nose. It pleased me greatly to hear that he wheezed when he spoke. “You take our horses, our weapons—”

“I ain’t takin’ your lives, you bastard. And I ain’t takin’ all your weapons,” the big man answered in a slow drawl. “Only yours. Pitch that knife over this way, and do it easy. My trigger finger is mighty nervous tonight.”

For KANE’S REDEMPTION and all my other work, click here:
https://www.amazon.com/author/cherylpierson

Don’t forget to leave a comment to be entered in the drawing for a pdf copy of KANE’S REDEMPTION!