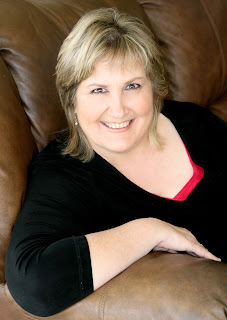 Only two Native Americans on either side of the States’ War rose to the rank of brigadier general. Standhope Watie (Uwatie), fighting for the Confederacy, was one of those two. Yet, what makes this accomplishment so incredible is the fact that while he was fighting for the Confederate States of America, he was also fighting other Cherokee tribal leaders who held opposing political views and very different visions for the Cherokee nation.

Stand Watie commanded the Confederate Indian Cavalry of the Army of the Trans-Mississippi. While the cavalry unit was comprised mainly of Cherokee, some Muscogee (Creek) and Seminole tribal members also served. 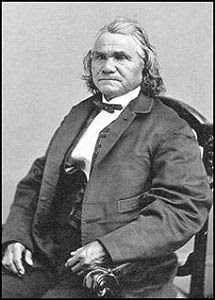 Born in Oothcaloga in the Cherokee Nation, State of Georgia, Uwatie (or Oowatie) was also known as Isaac. He was educated in a Moravian mission school. In his early adulthood, he occasionally wrote articles for the Cherokee Phoenix newspaper. The State of Georgia confiscated Cherokee lands in 1832 when gold was discovered, including the thriving plantation owned by Stand’s father and mother. Stand and his brothers, part of the powerful Ridge-Watie-Boudinot faction of the Cherokee council, stood in favor of the Cherokee Removal. Their signing of the Treaty of New Echota facilitated the removal of the Cherokee people to Indian Territory—what is now Oklahoma.

Another faction of Cherokees following John Ross refused to ratify the treaty signing. This segment was known as The Anti-Removal National Party. Members of this group targeted Stand Watie and his brother, Elias Boudinot, along with their uncle, Major Ridge, and cousin, John Ridge for assassination. Stand was the only one who survived the assassination attempt. Although Watie’s family had left Georgia before the forcible removal of all Cherokees in 1838, another brother, Thomas, was murdered by Ross’s men in 1845.

In October, 1861, Watie was commissioned as colonel in the First Mounted Cherokee Rifles. Besides fighting Federal troops in the States’ War, his men also fought opposing factions of Cherokee, as well as Seminole and Creek (Muscogee) warriors who supported the Union.

In 1862, Stand Watie was elected principal chief of the Cherokee Nation, through dissension continued among John Ross’s supporters. 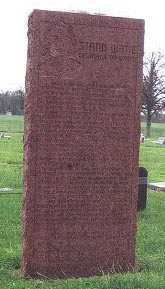 < On June 15, 1864, Watie’s troops captured the Federal steamboat J. R. Williams on the Arkansas River off the banks of Pleasant Bluff near Tamaha, Indian Territory. The next morning, Colonel John Ritchie’s men, who were stationed at the mouth of the Illinois River near where the two rivers met, engaged Watie’s men as they attempted to confiscate the cargo. The river was rising, and they fought to a standoff. When Watie learned of the advance of Union troops from Fort Smith, Arkansas, (within about 40 miles), he burned the ship and much of the remaining cargo, then sank it. Watie surrendered a year later in June of 1865, the last Confederate general to lay down his arms. 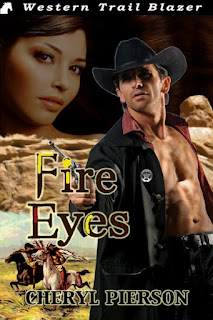 In my debut novel, Fire Eyes, I weave this bit of history into my plot. The villain, Andrew Fallon, and his gang have come upon the site where the J.R. Williams was sunk four years earlier. Fallon speculates there could have been gold aboard, and sets his men to dive for it. As mercurial as his temper is, none of them dare question his order. Here’s what happens:

“Damn! I know where we are.” Dobie Perrin said.

Andrew Fallon turned in the saddle, glaring at Perrin, the afternoon sun dappling them through the leaves of the thick canopy of trees. “So do I, you idiot! So do we all, now.”

The secluded cemetery sat on a bluff, overlooking the Arkansas River. They had been wandering for two days, ever since retracing their steps to the first small creek they’d come to. The one Fallon felt sure would give them their bearings. Now, at last, he recognized where they were. He’d figured it out ten miles back.

“Tamaha,” Denver Rutledge muttered. “I was raised up over yonder.” He inclined his head toward the riverbank. “Over in Vian.”

“Then why didn’t you know where we were?” Fallon’s anger surged. “I am surrounded by idiots!”

Fallon jerked his head toward the other man. “Right where, soldier?”

Rutledge kneed his horse, coming abreast of Fallon. “Why, right yonder, General. It was in June of ’64. She was a Union ship, the Williams was.”

“What was she carrying?”

“Payroll? Gold?” Fallon fingered his curling moustache. “Could be anything, eh, Rutledge? But the Yankees were known to cache their gold profits in casks. Maybe that’s what the J.R. Williams was carrying. Casks that weren’t really supplies, but were filled with gold.”

“Could be, I 'spect.” Rutledge’s voice was hesitant.

Fallon nodded toward the river. “I think maybe we’ll try to find out.”

****
AND LATER, WILL THE HOSTAGES BE ABLE TO ESCAPE WHILE FALLON’S MEN ARE OCCUPIED WITH THE SHIP?

“What’s he doing, Tori?” Lily whispered. She moved closer to her sister. The night had turned colder, and the girls’ clothing was becoming threadbare and ragged.

Tori shook her head. “Fallon’s plumb crazy, Lily. Making his men dive for that ship! What’s he think he’s going to do if he finds it? Pull it up with his bare hands?”

Tori didn’t say anything. She reminded herself that Lily was, after all, only eight years old. And she, at eighteen, knew how the world worked much better than little Lily did. At least Lily had stopped crying all the time. Now, Tori wasn’t sure if that was an improvement.

Lily sometimes scared her, the way her eyes looked hollow. Like there was no feeling left in her. Tori had no mirror, but her little sister looked like she herself felt. Older than she should be. And sad. But Lily didn’t seem to be afraid any longer, and Tori supposed that was a good thing.
Tori knew what Fallon intended to do with her and Lily. But the initial shock and fear of Fallon’s intent was overshadowed by other things that had actually happened. The violent deaths of their parents and younger brother, the endless days of riding with scant food and water, the bone-deep weariness that never let up, not even when she slept on the hard ground at night next to Lily.
She was responsible for Lily, now that her parents were gone. She squared her thin shoulders, her gentle eyes turning hard for a moment. She would protect her sister, no matter what.

Tori watched as Fallon ordered three of his men back into the water yet another time. Even if they could see what they were diving for, it would be too deep to reach. But the scene helped Tori realize just how unstable Andrew Fallon was. Once or twice, she’d caught herself thinking he was almost a nice man. He’d brought her and Lily a blanket one cold night. And he’d given them extra rations another time. But she knew he was not nice, not even sane.

Evil, was what Andrew Fallon was. Evil, and most insane.

She watched him, posturing and screaming at his men, who were so terrified of him that they were making fools of themselves trying to dive for an unreachable goal, a ship that may contain treasure, but just as well may not. A vessel that was impossible to get to, all the same. Especially in the pitch-black night. Lily leaned against her, her weight heavy with sleep. They sat beside a tree, their backs propped against the rough bark. The night was cool, and Tori had drawn the blanket close around them. She sagged against the tree trunk, her arm around her little sister, as Lily’s eyelids drooped.

I will be giving away a pdf copy of FIRE EYES to one commenter today! Just leave a comment with your contact info to be entered in the drawing.

To see all my work, go here:

https://www.amazon.com/author/cherylpierson
Posted by Cheryl Pierson at 1:00 AM