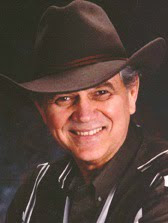 Most of what our Wolfpack Ranch kitchen is about is simple food, but with flair, more often than not with an original twist. We shop in a country market, and exotic ingredients are not available unless we go to town or order over the internet. So don’t expect me calling for caviar or callaloo or even cassava unless I suggest a readily available substitute. 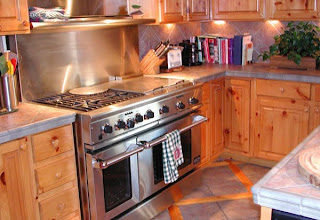 Cooking chores usually land with me because I'm lucky to be married to a beautiful, loving lady, Kat Martin, who just happens to also be productive and talented, an internationally known writer of women's romantic suspense and historical romance. She has only one fault and that's working too hard, so the kitchen is usually my domain—not that Kat's not a great cook in her own right. If I don't have background music of Willie Nelson lamenting some western woes in four-four time, I cook to the cadence of a word processor being pounded, sounds echoing from down our long hall to the office wing of the ranch house. In our house everything radiates off the kitchen.

I, too, am a writer and novelist, but when folks ask “Does your wife write also?” I always answer, “No, she writes. I write also.” She’s a driven lady, and her international success is a result.

Cooking is now an avocation of mine, but has been a vocation. I cooked my way through college as the only fry cook, working three 30” x 6’ grills—eighteen feet demanding my intense concentration—serving 1,600 for lunch every day; and later I camp cooked, off-loading a mule string miles from the nearest road to do so; and even later owned my own beef restaurant. My ‘office’ at college was a bank of three six-foot-long grills half-dozen feet in front of a bank of twenty deep-fryers. Not exactly gourmet cooking, but generally nutritious and hopefully delicious. However, it was God-help the student who stuck his head around the corner and said, “My pork chop was too done.” After all, I was armed with a spatula with an eighteen inch blade. I’ve mellowed over the years, and my cooking has more than likely improved. If you can cook in a rough camp twenty miles from the nearest road, the rest of it is easy. Now I’m spoiled by a beautiful modern kitchen and, even when camp cooking, spoiled by fancy outdoor equipment that makes life a lot easier than when the tools were only a wire grill or a piece of sheet iron badly balanced on a ring of rocks.

Like most chores it's a lot more fun doing it just for the fun of it, and I now do—not that I don't occasionally feed dozens if not hundreds. 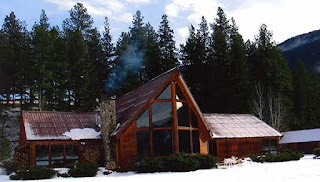 ability to donate the occasional five or six course dinner to the many worthy causes that have been born in Montana, and as a result to help raise some needed financing. Lately we've donated in support of the International Wildlife Film Festival and the Rocky Mountain Elk Foundation. Worthy causes both, as the Film Festival supports film makers who bring critical wildlife and environmental issues before the public, and the Elk Foundation not only propagates America’s most magnificent antlered creature, the elk, throughout the U.S., but acquires critical habitat and migration routes protecting literally millions of acres not only for the elk but for all wildlife, and for man.

To tell the truth these donations of ours are not totally altruistic as a wonderful side benefit is making new friends who join us at a bountiful table —most of whom share similar interests and sympathies.

Our most recent dinner/donation auctioned for $1,000.00 dollars for six to join Kat and me at Wolfpack Ranch for a six course gourmet feed. When someone lays out ten crisp Franklins for a meal, over one hundred sixty bucks a plate, they expect and deserve to be well fed...not only well, but memorably.

How does one offer up a meal worth that kind of money?

And here's just one menu to accomplish that: 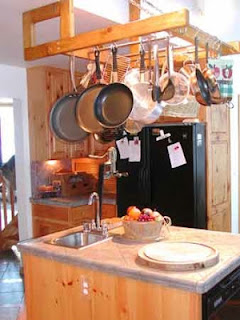 Remember most of my cooking is simple, but once in a while, particularly if it's for a good cause, I like to show off. So I spent a little time with the curry comb to make this tall horse pretty. I'm going to break this menu into courses, otherwise it'll be way too long:

After dinner: Coffee, liquors, and a great single malt


An old cowhand once advised me, “If there’s a hill to climb, waitin’ won’t make it smaller.”

Here’s how to get it done…

Trim crusts and cut bread slices into six or eight 1.5 inch squares per slice (or if you want to be fancy, cut to your favorite shape with a cookie cutter). Arrange on a baking sheet and place on the upper rack of a 400 degree preheated oven, cook 3 to 4 minutes until golden (or if you’re lazy like me, pop them in the toaster before trimming, and don’t brother with further browning of the toast until topped with the mixture). Remove to top with mixture. Leave oven on.

Top each square with a rounded amount (about 1 scant tablespoon) of mix and return to baking sheet. Place back in oven for six minutes or until cheese is browning, remove, cool slightly, dust with paprika, and serve. If you want to get real fancy, top each one with a few bay shrimp, but don’t brown too much if you use the tender shrimp.

For all these Bruschettas begin with a nice baguette, sliced about 3/8” thick. I always cut on an angle as they’re more interesting and a little longer and slimmer if you do. Toast under oven broiler until brown, turn and toast the other side. If you love garlic like I do, peel a couple of fat cloves, cut them in half, and rub the top side of the toasted bread to impart a thin layer. Brush on a thin coat of extra virgin olive oil. Using a slotted spoon top with one or more of the following, or better yet, serve the toppings in small bowls and let your guests top their own with a slotted spoon:

Clean mushrooms well and dice to ¼ inch (or slice very thin). Chop parsley fine. Leave oregano leafs whole. Sautee mushrooms quickly in a couple of pads of butter and sesame oil. Add oregano. Sprinkle in a teaspoon of soy sauce, a ½ teaspoon of garlic salt, a ½ teaspoon of lemon pepper. Add parsley and squeeze in the juice of a medium lemon. Mix well the pull it off the fire. Don’t overcook! This should do to top six to eight rounds from the baguette, maybe more depending upon the size of the mushrooms.

Blanch ripe tomatoes in boiling water until the skin loosens, put under cold water, peel and cool. Many cooks like to seed the tomatoes, but I like the flavor and believe in the nutritional value of tomato seeds. There are over 10,000 compounds in a tomato and no one knows how much good they are for your health—I think they’re very, very good. Use your own discretion. Core any green stem and discard. Dice tomatoes ¼ to ½ inch and put in a small mixing bowl. Stir in all ingredients then salt and pepper to taste. Serve this with 1/8 inch slices of mozzarella sized to fit baguette rounds if you want to get fancy and imitate a capreseinsalata.

Cut the tops off a large head or two of garlic and place in a 350 degree oven for 45 minutes until it squeezes out of each clove like toothpaste. Chop zucs into 1/8 to ¼ inch cubes and drop into a small frying pan on medium heat, soften in olive oil. Add balsamic, salt and pepper to taste, and add capers to warm just before removing from heat. Spread a thin layer of roasted garlic on each toasted baguette, top with mixture.

Clean crab and make sure there’s no shell and separate strands so it will spread easily. Trim artichokes to make sure there are no tough leaves, then chop into ½ to ¾ inch lengths. Mix all ingredients in a small baking dish and place in a 350 degree oven until slightly browned on top, about 25 minutes. Serve this with baguette rounds as above, or with chips to dip.

For more great recipes COOKING WILD AND WONDERFUL can be purchased here in Kindle and pring:
http://www.amazon.com/Cooking-Wild-Wonderful-gourmets-ebook/dp/B004UICW36/ref=sr_1_1?s=digital-text&ie=UTF8&qid=1357881958&sr=1-1&keywords=cooking+wild+and+wonderful 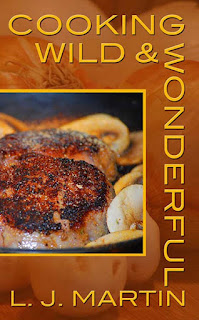