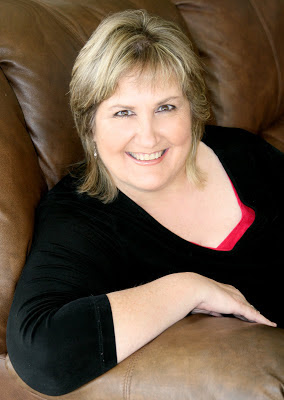 Some of you may have seen this post before, but I am taking the opportunity to post it again a couple of days ahead of time, as it bears repeating. Let's all take a few minutes and remember what took place 72 years ago, and the men and women who paid the ultimate price for our freedoms today.

Driving down one of the busiest streets of Oklahoma City today, I noticed a flag at a local business flying at half-staff. It was the only one on that block. I’m sure many people wondered about it.

December 7, 1941…the day the U.S. was brought into World War II with the bombing of Pearl Harbor by the Japanese.

Through the years, my mother recounted tales brought home from “over there” by her relatives who enlisted. She talked also about the rationing here at home—how difficult it was to get needed items, and how impossible it was to get luxuries. She was 19 when the U.S. entered the war—just the very age of so many of the young men who were killed in the surprise attack on December 7, 1941. Was there a man of that age who didn’t rush down to sign up for duty after that fateful day? Many of her fellow students and co-workers did just that, and during the course of the next four years of war, many of them were lost.

My father tried to sign up, but his lungs were bad. He was turned away. I think he was always ashamed of that, because until the day he died, he had one of the most patriotic hearts I’ve ever known. Secretly, when I was old enough to realize what that might have meant, I was glad that he had not had to go to war. I knew that would have changed everything in my world.

Being as close as it was to Christmas made the deaths of the men at Pearl Harbor even more poignant. Just done with Thanksgiving, looking forward to the Christmas holidays to come, so many young lives snuffed out in the space of minutes. Watching the documentaries, hearing the old soldiers that are left from that time talk about the horror of that day, and of war in general, brings tears to my eyes.

I’m always amazed by the generations that have gone before us, and how they stood up and faced adversity when it was required of them. Being human, as we all are, the unknown was just as frightening to them as it is to us. We tend to forget it, somehow, because of the luxury and comforts of our modern lives that we have become used to. We have let ourselves become numb, in a way, and what’s worse—we have forgotten.

We have forgotten what the generations before us sacrificed for us, their future. We have forgotten how to honor the memory of those men and women, and what they did, individually and collectively.

I counted flagpoles the rest of the way home from that one, lonely half-staff flag—about a mile and a half to my house. There was only one other pole along that route that flew their flag half-staff in memory of that day seventy years ago. A day that ended in smoke, and fire, drowning and death…and war.

Something peculiar occurs to me. I have been alive during the time when the last surviving widow of a veteran of The War Between The States died. I have been alive during the time that the last survivor of World War I died. There are not that many survivors left of World War II. Yet, our schools pass over these huge, world-altering events as if they are nothing, devoting a page or less to them in the history texts. Think of it. A page or less, to tell of the suffering, the economic impact, the technological discoveries, and the loss of humanity of each of these wars.

No wonder our society has forgotten the price paid by those who laid down their lives. When we don’t teach our children, and learn from the past, history is bound to repeat itself.

President Franklin Roosevelt declared December 7, 1941 as “a day that will live in infamy.” That statement, spoken so boldly, believed so strongly, held so close to the hearts of that generation, is only true as long as the next generation, and the one beyond that, remembers.