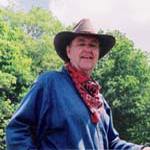 First of all, Merry Christmas, a belated Happy Hannukah to those who have already celebrated, and Happy New Year and best wishes to those who don’t observe either. I think that covers just about everyone.

Now, back to the El Paso Salt War. You’ll recall when we left off that Texas Ranger Major John B. Jones had departed El Paso, leaving the Rangers there under the command of newly appointed Lieutenant Tays, a man who would prove unequal to the task of commanding a contingent of Rangers and other law enforcement personnel facing a mob. When the mob first began to form, Tays requested help from the U.S. Army in El Paso, under the command of Captain Blair. In the meantime, Tays and Charles Howard, the man who had precipitated all the trouble by buying the rights to the Salt Lakes and refusing to allow the Mexicans access to salt they had been harvesting for years, reached the Ranger quarters in San Elizario. They were put under siege by the mob. Captain Blair and fourteen men reached the vicinity of the Rangers about nine o’clock in the evening, where he was intercepted by a mob of, by his estimate, one hundred and twenty men.  The mob leaders accused Blair of coming to protect Howard. Blair denied this, and assured the Mexicans he would not interfere in the affair at all, and marched back to El Paso.

In the first hours of the siege, on a Wednesday night, Lieutenant Hays put out a double guard. Howard and some of his friends went to Ellis’ store nearby to spend the night. They came back saying Ellis had left and not returned. Ellis’ body was brought in two days later, wrapped in  a gunny sack. His scalp, eyebrows, and beard had been cut off and his throat slashed from ear to ear. He had also been stabbed twice in the heart.

On Thursday morning, daylight showed the Rangers’ quarters was surrounded by three picket lines, with squads of horsemen in between. The Rangers’ and the men with them stretched ropes across the openings in the buildings and cut portholes into the adobe walls. John Atkinson, one of Howard’s bondsmen, arrived with eleven thousand dollars. Atkinson, who spoke Spanish, then had a parley with one of the Mexican leaders, Cisto Calciedo. Calciedo told him if Howard wasn’t handed over within three hours the Mexicans would shoot Howard and burn Atkinson’s house. Ranger Sergeant Mortimer was shot and fatally wounded as he crossed from one building to another. Tays, under fire, dragged in the dead Ranger’s body. The firing from the Mexicans became constant and at such close range the Rangers could not even attempt to reach the roofs in order to return fire. About four o’clock in the afternoon, the justice of the peace came with a flag of truce, passing along a request from the Mexicans for a ceasefire for the night. The truce lasted only a short while before Ranger Santiago Cooper went to the roof to get some blankets and had his hat shot off and his coat perforated with a shower of bullets. The Rangers opened more portholes and placed men in each room of the building. During the night firing became merely sporadic.

Next month: The only time a contingent of Texas Rangers surrendered to the enemy on Texas soil.