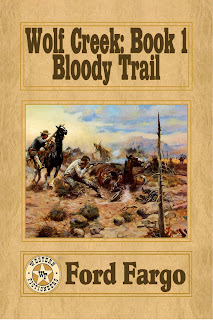 As 2013 draws to a close... 1871 draws to a close in Wolf Creek, Kansas. It's been a pretty eventful year, one might say... Boot Hill is practically more boots than hill, and undertaker Elijah Gravely has been run ragged.

I thought it might be a good idea to close out the year with a little update on our town, as several new folks have moved in.

Here is the list of authors currently writing for our series (depending on their own schedules, some more often than others) and the principal characters whose point-of-view they portray:

More new folks will be coming onboard soon. As you can see, several of your favorite writers participate in our ongoing saga, which explains why it has been so well-received and why it works so well. Any Western Fictioneers member is welcome to come join us, the more the merrier! Writing together as Ford Fargo, each chapter of every book is by a different author, showcasing his or her character.

If you are new to the series, or if our output has outpaced your free reading time, here are the books we've released so far: 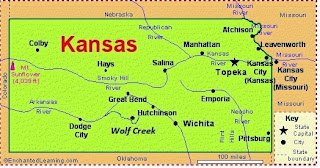 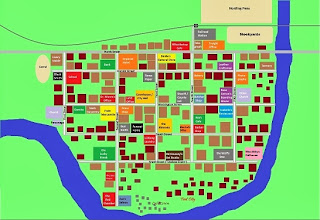