Writers and Their Four-legged Sidekicks 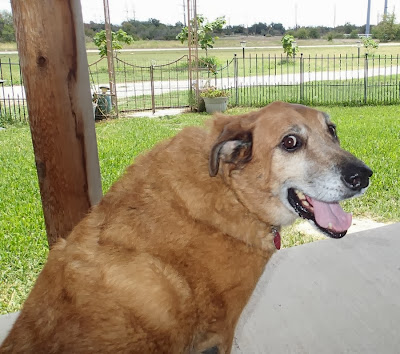 A while back I asked my fellow WF members to tell me about their pets. I love animals and know many of you do, too.

"A good cowhorse is an indispensible tool and an absolute necessity for all phases of cow work. A good dog like the Border Collie is like having an extra cowboy with you and, as you can see, they are great dogs to be around. The German Shepherd is the homeguard and takes care of business keeping things secure at the ranch.

In terms of writing, I find that having an insight into animals is a valuable way to better understand human behavior as it translates into the characters in our books. These guys are more like partners than pets, and they have a way of becoming a part of everything we do. 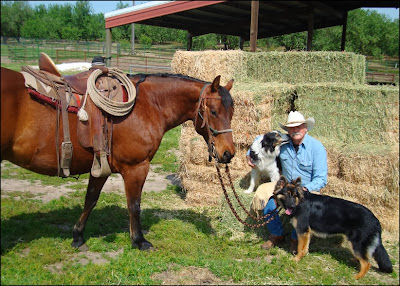 My first two novels borrowed heavily on the relationship between men and horses and, in the second book, UNBROKE HORSES, the horse became a metaphor for the struggles of the young protagonist whose survival depended on his ability to recognize his own challenges in the actions of a small band of unbroke horses.

It’s impossible to minimize the importance of a good dog and a good horse."

This comes from Cheryl Pierson:

"Livia, I'm including a picture of our dog, Embry, with my daughter Jessica. This was taken a couple of years ago after Embry recovered from his stay at the Oklahoma State University veterinarians' teaching hospital. He had steroid responsive meningitis that almost killed him. Thank goodness this story had a very happy ending. 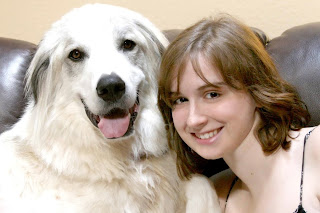 Embry is my "granddog" who lives with us now since Jessica has moved to a smaller place. He weighs in at 200 pounds and he's half Great Pyrenees and half Anatolian Shepherd. He's a herder by breed and the four people in our family are his "herd"--all others are intruders and will be bitten if they get too close. LOL

Embry still thinks of himself as a puppy and will sometimes try to sit in our laps. When I'm working, he comes in and will lie on the floor beside my chair. I have to turn my chair almost sideways so that he can raise his head from time to time and give me a hug. I've also learned to type pretty well with one hand for long spaces of time while I pet with the other. He does help me think better, and I've noticed that I add dogs to my stories more often since we've had him."

Cheryl's most recent publications are the short story "The Kindness of Strangers", which is available as an e-book, and the story "Outlaw's Kiss" in the anthology WISHING FOR A COWBOY. Her daughter Jessica is a talented artist who recently illustrated the children's book SARAH'S MUSIC.

"I don't actually own a pet at the moment. I used to have a cat called Lily, who was my constant writing companion. If I was outside writing in the sun, then she would be basking in it close by. If I was at my writing desk, she would probably be curled up on a cushion in the bay window to the side of the desk. Sadly, she died a couple of years ago, but she is buried outside my study window, just six feet from where she used to sleep and keep me company. I was pretty upset when she died, so I wrote her into a crime novel, called FLOTSAM AND JETSAM. This is one of my Inspector McKinnon novels set on the Outer Hebridean island of West Uist. To make the story work, she ended up being transformed into a dog, but in my mind it is still Lily. 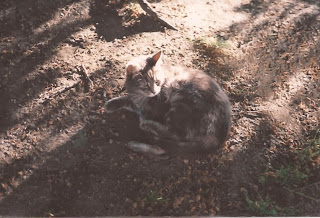 Now, I don't own a pet, but I regularly get to dog-sit my daughter's dog, Walt. He's a schoondle, a cross between a schnauzer and a poodle. We go jogging every morning when he stays with me. Well, really he walks and I run alongside him.  He is mischievous and he makes me laugh. When I have a plot problem to sort out we go for a walk and a play and generally the plot difficulty sorts itself out. I genuinely think that he helps me unravel things. He too is being worked into a story, this time a YA novel. This is in my Victorian adventure series about an orphan called Jack Moon. The second in the series is provisionally entitled THE GHOSTCATCHERS. Walt is a stray dog who happens to be psychic, so he allows Jack to communicate with his best friend, who died." 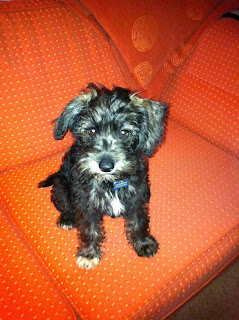 Keith is a regular contributor to WF's bestselling series WOLF CREEK and is also writing a series about the adventures of a dentist in the Old West, THE CASEBOOK OF DOCTOR MARCUS QUIGLEY.

Jim Griffin joins in with his answer:

"I have always had pets, ranging from goldfish to canaries and parakeets, to cats and dogs, to horses. Can’t imagine life without a pet or two.

Yes, I do draw inspiration from my pets. The horses in my Western stories are all based on horses I have owned. They reflect my own horses’ appearances, personalities, and peculiarities. In fact, if I hadn’t owned a horse, I never would have started writing. It was James Reasoner who encouraged me to write after he contacted me for answers to some questions which he had about horses. If that had never happened, I never would have attempted to write a Western novel. 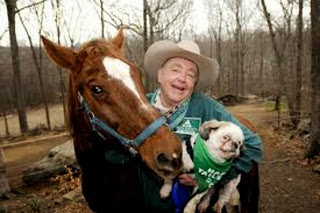 Since I’ve been writing, my Shih Tzus, first Chauncey and now Dogie, have always stayed by my desk while I’m working on a book. Whenever it’s time to step back and take a break, I can always count on my dog being there to help me relax with a play session. That helps clear my mind and get back to the task at hand.

Finally, while they are hardly pets, there are two packs of coyotes which live in the town open space behind my place. Their nightly howling certainly sets the mood for writing Westerns."

Jim writes the original e-book series A RANGER NAMED ROWDY, is an important contributor to the WOLF CREEK series, and wrote the West of the Big River novel THE RANGER.

"I brought home our first dog, Taro, for my oldest daughter's sixth birthday. My wife was not pleased at all, but we've never been without a dog since. The current resident is Tomlin, a Cavalier King Charles Spaniel who will turn 11 on February 21, 2014, the same birthdate (different year) as daughter No.2.

You see, when wife Yukiko went to the shopping mall, she always wandered by the pet shop. Tomlin was a leftover. Time after time. Then she heard that leftovers were sometime euthanized. That did it. Next time she came home from the mall, she had Tomlin. He's gray haired and getting old, but we hope he'll stay around for a while longer. 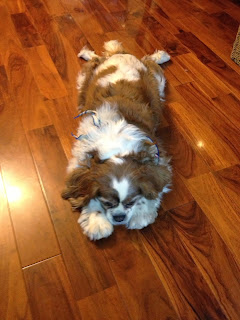 While Tomlin is in the other room sleeping on our bed, I write. This year, besides the Wolf Creek series, I've had a novel entitled Monty McCord published from Black Horse Westerns, one called Diablo accepted, one called Road to Rimrock bought by Thorpe for large print. My Stryker's series of ebooks is under way. Stryker's Law, Stryker's Ambush, and soon, Stryker's Bounty.

Also in ebooks, under Charles T. Whipple, you can find Nami of the Waves, a fantasy tale, fifth in a series, of 10th century Japan when all the mythical creatures were alive and well."

"I have two dogs, but I took in Benji in 2012 and wrote a novella about a rescue
dog in Santa Paws (totally new story, but the cover resembles him!) 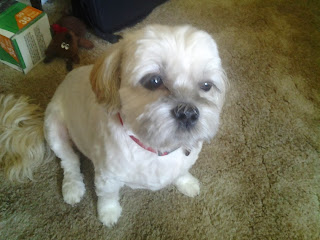 This year I'm writing about a black cat rescue for Santa Claws - we had to put
our black cat down this summer. So she will be 'immortalized' in that
novella, sort of."

James and I have four dogs of our own, including the two little ones who are usually in my lap while I'm working, forcing me to twist sideways to reach my computer. They may not be very good for my back, but they certainly work wonders for my heart. 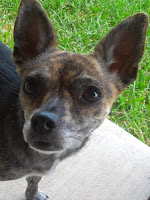 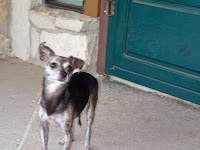