MY FATHER'S LIBRARY by CHARLIE STEEL 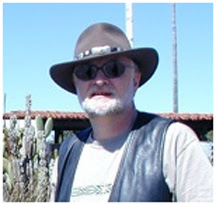 This is a quickly written piece to fill a void in WF Blog for today.

My father was a difficult man to describe, perhaps just like the many fathers of so many families in this harsh world. Mine was born in 1912, a very long time ago, and he passed away in 1998 at the age of 86.

In those days, long ago, reaching the eighth grade was for most young people, the culmination of their education. My father didn't go that far, instead he dropped out of school at age twelve to help support his family of a widowed mother and thirteen sisters and brothers. It was a small town and he supported them by cleaning out three different churches, milking cows, cutting firewood, delivering food, working in a bakery, and any odd job he was offered.

When he became a bit older (it was a very small town) he began helping others. Despite his own poverty, when he saw a child without a coat in the fall or winter, or without socks and shoes, he would go to a mercantile owner named Blumenthal and say, "See that kid over there..." an old man, Blumenthal would, on credit and at a discounted price to my father, give the item the child needed. I know this to be the absolute truth and for the rest of my life, my father performed such anonymous gifts of kindness. My father grew up being a very active server of the principles of the New Testament, but never in an intrusive or public way. The only exception, was that he loved to greet people at church on Sundays, to be the doorman and usher, and shake everyone’s hand on the way in and on the way out, saying hello to every man, woman, and child who would speak to him.

My father was a simple man but also a complex one. Had he the opportunity of an education, I am sure he would have made a terrific politician (an honest one). What he became was an oil field worker, a roustabout, a man of physical labor. All his life he was very muscular, very strong, and very fit. He used to show his bicep and say, "Feel that, can't kill me with a pickaxe!"

Strange for a physical laborer, was my father's love for the news, for reading, and for books. How he loved to sit and read a good book after dinner. Then, it was early to bed and early to rise, six and seven days a week, rising at five in the morning and returning home (when he could) around five or six at night. This continued until he reached his sixties and was seriously injured.

My father not only loved books but poetry as well, and later in life he collected and memorized poems and would recite them at a drop of the hat, at church, at gatherings, at a restaurant, in line at a store---and people stopped and listened---because father had that kind of magnetic personality. As I live and breathe, he made hundreds, thousands of friends by doing so. My father was a very well-liked man, all his life.

When my father courted my mother, he did so with books. Inside, he would put words of endearment and then he would cite certain pages for her to read and tell her, "This is how I feel about you."

But my father never lacked for words and he could spin his own tale and charm anyone, child, woman, or man.

This leads to the title of this short piece. Some of the collected books my father gave to my mother eventually ended up in a small linen cupboard, the linens having to be stuffed elsewhere. These books that survived (most destroyed by my wicked maternal grandfather---another true story) were placed there for my father to read and reread at his pleasure. When I was eight, against my father's wishes (thinking me too young) I discovered these books. Such authors as James Oliver Curwood, Jack London, Gene Stratton Porter, Margaret Mitchell, Zane Grey, and William MacLeod Raine, I found on those shelves.

From reading the first two novels, Zane Grey's Light of the Western Stars, and Jack London's Burning Daylight, I fell in love with literature, and believe it or not, went on to read four books a day for years and years and years, totaling well over 20,000 books consumed.

My father was an incongruity, a juxtaposition of two very different things, a workman and lover of literature. It's totally his fault that I went on to become a writer, and looking back over all these years, I realize that I loved my father very much indeed.