The Western: A European Perspective by Tom Rizzo 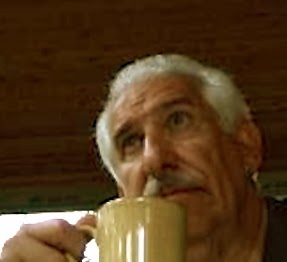 A few weeks ago, I agreed to an interview with Joachim Mols of Germany who established an international platform for literature he dubbed: bestreaders.de. My interview can be found at Good against evil, law against outlaw in its purest form.

After providing my own perspective on the Western Genre, I thought turnabout was fair play and asked Joachim to answer questions revolving around the same topic.

In addition to the founder of bestreaders.de, he publishes ebooks by various authors, including:  Dudley Buffa, Tanja Vu, and Jean DuMont--all which are available on Amazon.

Joachim, with a sense of humor, apologized for his English skills, explaining that, "My english is not always the best, because my old teacher in school was ugly and boring and I often was forced to take a nap, and therefore there may occur difficulties."

1. The Western has succeeded in crossing national boundaries. How popular were these stories among German readers?

If we are talking about books, I am not sure whether the Western is still popular in Germany. At least in the libraries I not so often found books of this kind.

Of course, the well-known James Fenimore Cooper was available, but I'm not sure about others. But if we are talking about movies, then I can tell you this genre was and, in my opinion, still is very popular in Germany.

Just for fun I went to Google and searched for Western Clubs or Country Clubs in Germany. I got 330 000 matches. Looking for Western Associations I got even more. At carnivals you will see many Germans dressed as Indians or Cowboys.

2. Two German authors come to mind when it comes to stories of the Old West. The first is Karl May. As I understand it, his books have outsold all other German authors, but he is relatively unknown in the United States. What can you tell us about May and his perspective of the American West?

Karl May was born 1842 and he died 1912. He wrote adventure novels set in the Near East and in the American West. He had never visited these countries, but since he was an excellent writer, the youth would read him. It is said, that American soldiers were astonished to see young Germans play cowboys and Indians after the war.

His idea of the American West is formed by an undogmatic Christian view. His most important hero is the Indian Winnetou who became blood brother of Old Shatterhand (a German traveler, later said to be Karl May himself).

Winnetou behaves as a gentleman, as a Christian. He fights against evil and his religious beliefs are shaped after the example of Christianity. For example Winnetou believes in Manitou. This means he is monotheist. After death he will gain the afterlife. In his case, we only speak of the happy hunting ground (ewige Jagdgründe)--that is the difference.

As a child of nature, he has wisdom and he is more intelligent as the “palefaces” (the Indian word for the white man). Winnetou is the old European dream of the primitive man, which is more European than the Europeans themselves. Untouched by civilization he has really found the sense of life.

3. One of the most prolific German western writers is G. F. Unger who, according to at least one source, wrote more than 740 western novels. What can you tell us about him?

I have never heard about G.F. Unger. But this is not a surprise. In Germany we have a very strong separation between light fiction and serious literature.

Serious literature is Thomas Mann, Bert Brecht or Hemingway. Of course kids are able to read literature for kids. Therefore Karl May is well-known.

4. Western novels often reflect the so-called Code of the West, an unwritten set of guidelines for fair play, respect for the land, hospitality, and loyalty. While this concept plays well in Western novels, what is the German perspective of this Code as it applies to present-day America?

In Germany, and I would say also in Europe, there were always two kinds of America. The beloved one is the one, where the people spend their holidays (vacations), where great movies are made, where good music is played.

In this America there you can find hospitality and loyalty. There, the people help each other. For example the Germans were astonished how well the city of New York managed to survive the hardships connected with the big hurricane of the last year.

The other side is that Europe was always skeptical about capitalism. In this view, America - as the inventor of capitalism - is a land without solidarity. And, of course, loyalty and hospitality do not exist there. The only guideline there is money.

The third point is actual policy making. With regard to the Kyoto Protocol, nobody believes the Americans love nature. (Of course everyone knows that there are National Parks, but logic thinking is not always and not everywhere popular).

With respect to fair play, there surely exists the first America in German minds, but today in public more often is spoken about Edward Snowden.

5. The Western novel--which often blends elements of different genres--has long been underrated in American literary circles. Where does the Western rank in terms of popularity among German readers and how have they shaped the typical German viewpoint of Americans, in general?

If we are speaking about the German reader, we have again the problem of light fiction. Looking in libraries for something in between light fiction and serious literature, I very often find criminal stories or legal thrillers. So I would say there is a market for the Western Genre, but this market is smaller than the market for criminal stories.

The most important German Western is Karl May, as I mentioned. He had several effects. First: Since Winnetou is our hero, the Americans are seen as people who stole the land from the Indians.

Second, since the Indian friends of Winnetou are more intelligent than the “palefaces,” the Indians have nowadays a better image.

Third, and this is of course also connected with the influence of the movies and very important, since Karl May and his epigones wrote adventure stories.

The time of the American Frontier is always seen in the light of fighting, of conflicts. The normal hardships of settlers are seldom seen. Therefore the Cowboy is very often seen as the man with the gun. Of course there is also the idea of freedom connected with the cowboy. At least the Marlboro Man was successful also in Germany. But nevertheless I would say the image of the cowboy formed by German adventure stories and by American movies is more negative.

6. In a 1972 interview with Oriana Fallaci, former Secretary of State Henry Kissinger said: "I've always acted alone like the cowboy … the cowboy entering the village or city alone on his horse … He acts, that's all." This comment, for the most part, reflects the myth, or tradition, of the American cowboy. But how does it play among Europeans in their perspective of American politics? 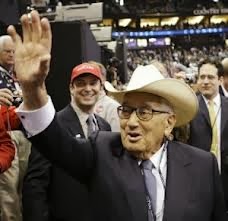 This is a very difficult question. It is clear that the picture of the American Cowboy is, in the political sense, negative in Germany. George Bush, for example, was often portrayed as a Cowboy and this was of course not a compliment.  It was a form to criticize the Iraq War.

The American Frontier is referred to in German as the Wild West. I guess this has something to do with our history. In short the European history develops around the question how to make the government and the state more effective. Already Platon (Plato) thought about this. In his Politeia, justice can be observed in the state (Republic). The state is the one that guarantees the moral strength. Living without a state, in his view, would be the end of civilization.

Acting as if still living in the wilderness is for Europeans something they don`t like. Therefore Kissinger argued in a fatal way.

7. Euro-Westerns (Spaghetti Westerns) - such as Sergio Leone's "Once Upon a Time in the West" (1968) - provided a new perspective for the Western, and on the West, in general. They forced a new level of viewing of the Western tradition. How did the German audience react to this new reality?

I said that there are two Americas in the German mind; the good and the bad one. After the war America was idealized, but during the era of Vietnam War and Flower Power, the balance shifted to a more critical view of the United States.

After the war, the Western Genre with John Wayne for example idealized the American Frontier, idealized the hardships of the settlers, their hospitality, loyalty, your codes of guidelines.