One of my favorite western comics in the late 70s was SCALPHUNTER. The character took over the lead role in Weird Western Tales when that title's previous star, Jonah Hex, got his own comic in 1977. The first time I became aware of Scalphunter was by seeing the ads promoting him. Even as a kid I was fascinated by Native American Indian culture, so I was especially excited to seen an Indian in a starring role. 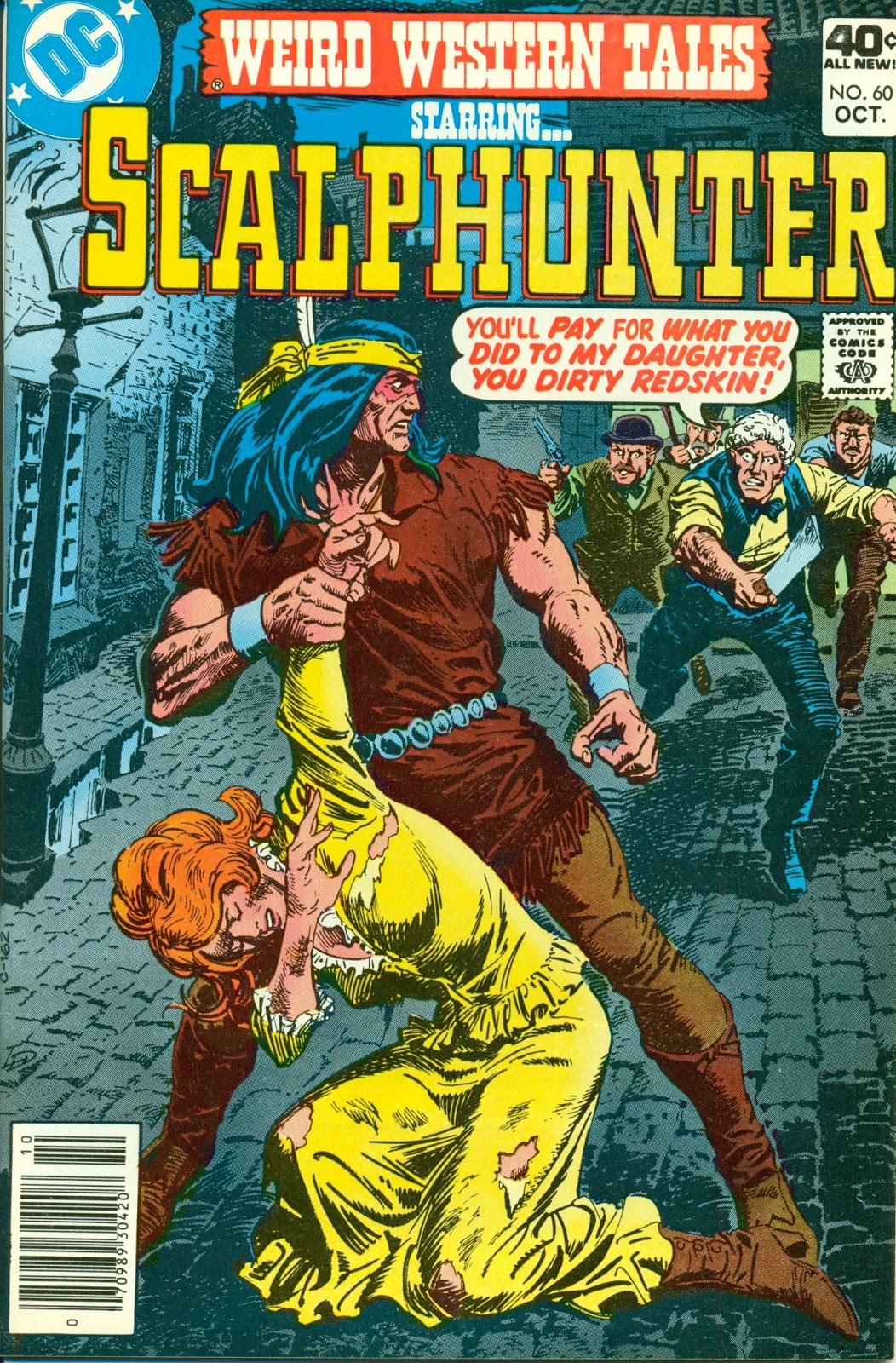 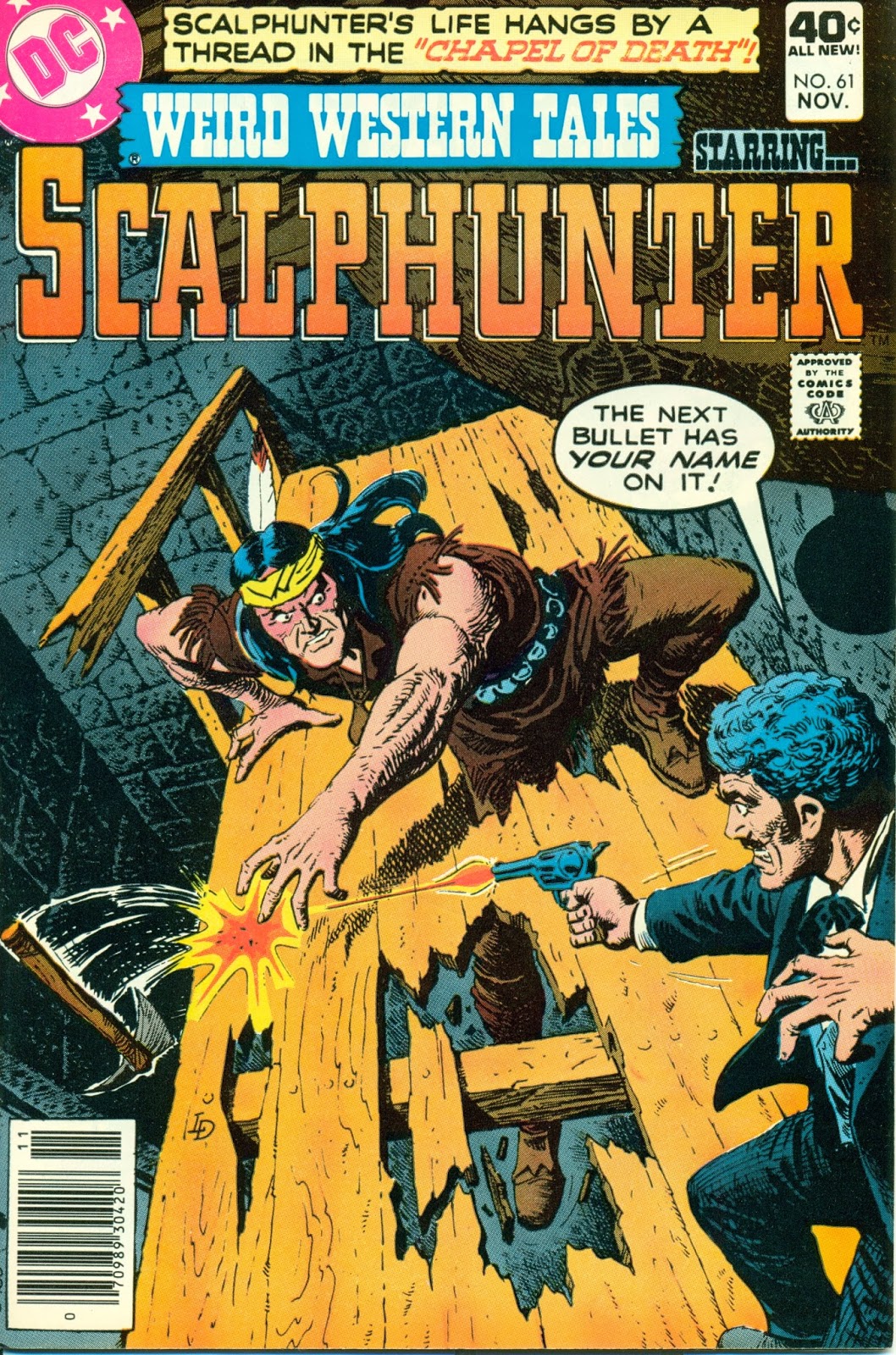 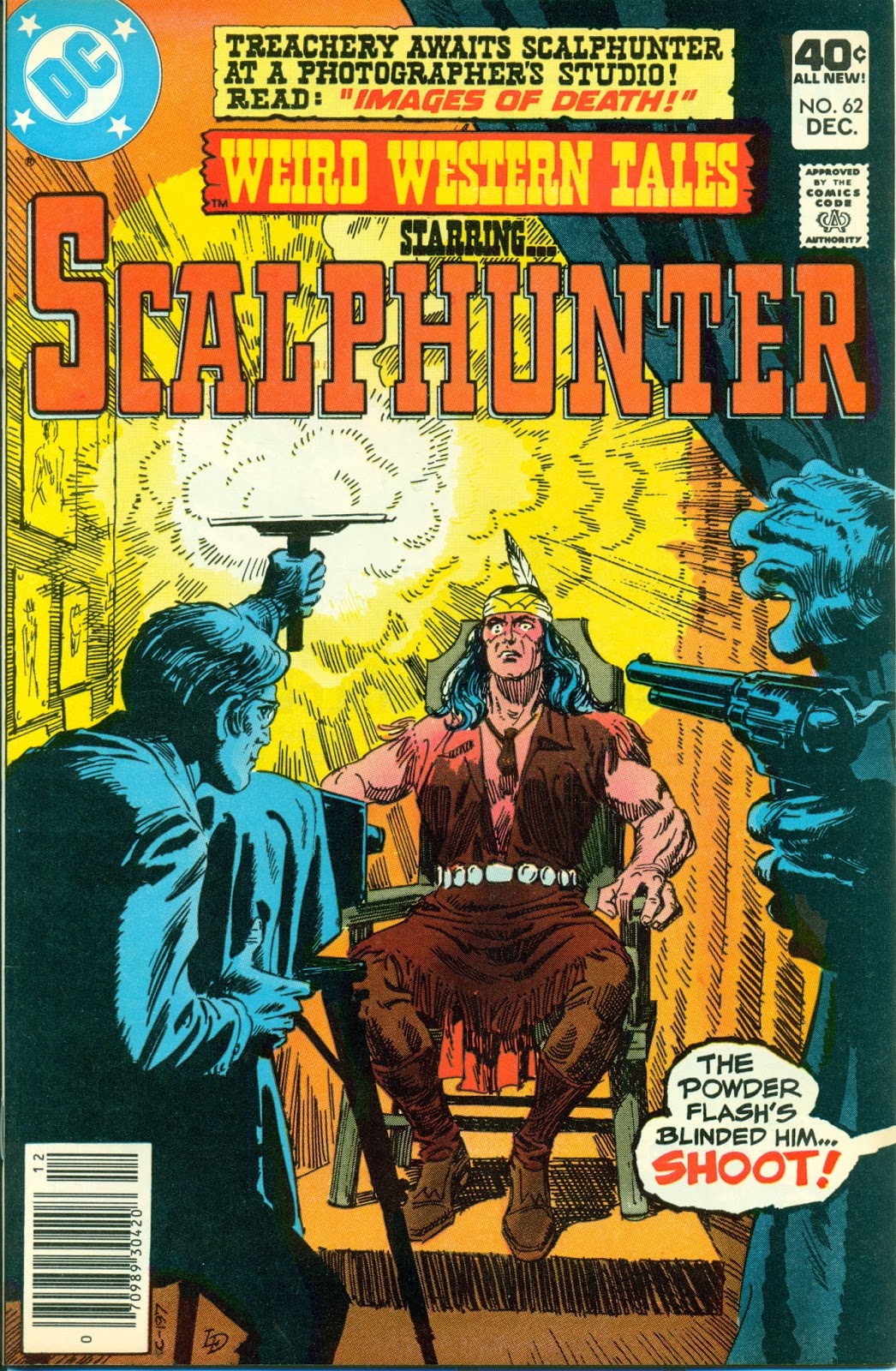 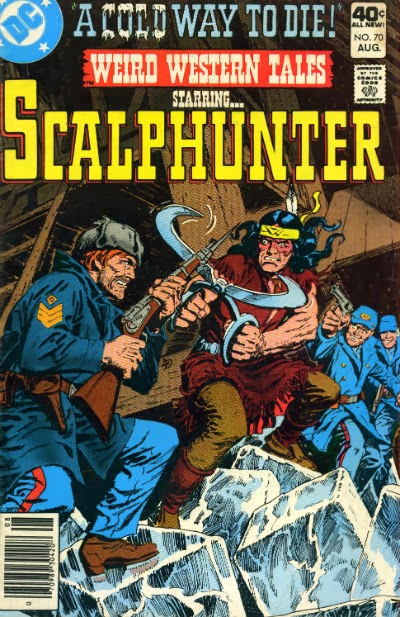 See, I later discovered that Scalphunter was one of those ubiquitous "white Indians" (going back to the 1950s Frank Frazetta classic, White Indian, imagine that.) He was actually Brian Savage, a white man who had been captured by Kiowas as a young child. Like Richard Harris's character in A Man Called Horse, the child was initially a slave but was later adopted into the tribe. The Indians, in fact, called him Ke-Woh-No-Tay, "He who is less than human." Which is actually not far off base, historically; many tribes practiced "kinship slavery," in which captives were forced to be laborers until gradually they could potentially become full members of the tribe, and the Cherokee word for that class of people literally meant "not human."

As an adult, he continued to identify as an Indian, and dressed and acted accordingly. He became a bounty hunter, and it was whites who called him "Scalphunter." He was part of DC's stable of western stars, and as such often met up with Jonah Hex and Bat Lash. And like Jonah Hex, DC produced a story in which he was murdered in his middle-age, in Scalphunter's case in 1899 (making him around sixty.) Western heroes don't progress from hero to legend, it seems, unless we know they are ultimately backshot by a dastardly coward. (Bat Lash, by the way, was allowed to survive into old age.) 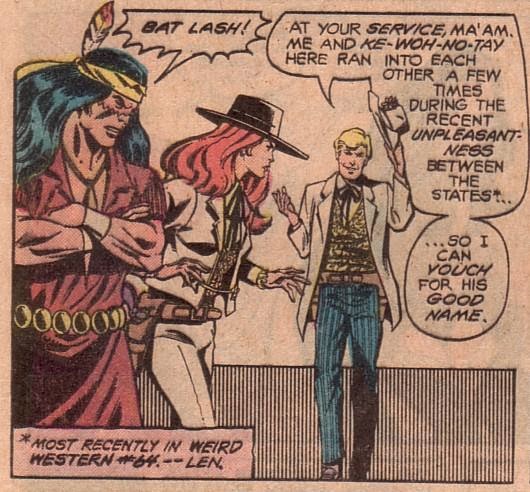 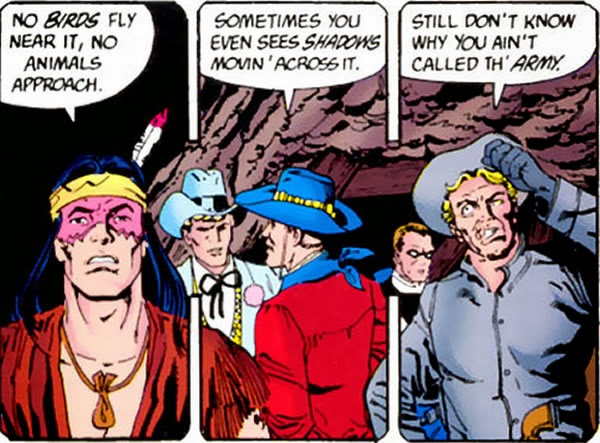 The character's legacy lived on. In the official timeline, it was revealed that DC's WWI flying ace hero, Lt. Stephen Savage, aka Balloon Buster (introduced 12 years before Scalphunter) was the son of the Kiowa-raised bounty hunter. There was also some esoteric stuff in which Star-man was Scalphunter's reincarnation. 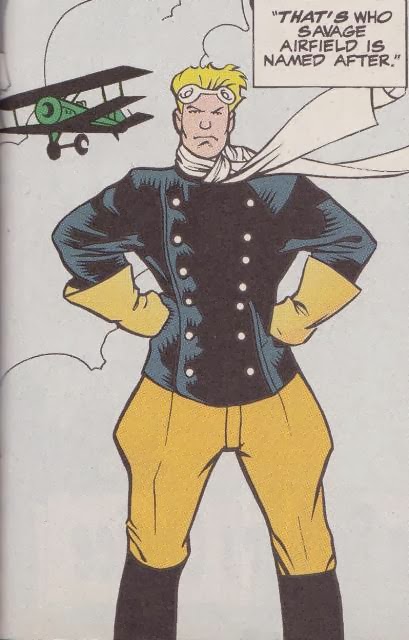 In the last decade, DC's western heroes have seen a resurgence, especially Jonah Hex. Scalphunter still shows up from time to time, and I'm always glad to see him. I'm not aware of any bound collections of Scalphunter stories, though they may be out there.

I'll be talking about the character more in a future installment about Native Americans in comic books.