For our first Western Trail Blazer Day of the New Year, we are shining the spotlight on brand-new Western Fictioneers member Kevin Crisp. I'll turn the space over to Kevin in a moment, but first I want to say a few words about WTB.

This imprint was founded by Rebecca Vickery and her associate Laura Shinn in 2010. As of yesterday my wife Robin and I have assumed the reins, but Becca is staying on for awhile as an adviser- and truth to tell, since WTB was her brainchild, her touch will always be on it. I speak for many of my fellow authors and WF members when I sing her praises as a publisher, author, friend, and human being in general.

Robin and I are ready to forge ahead. We have a lot of exciting projects in mind... and are open for more. If you have a western novel or short story manuscript you'd like us to consider, send it to us at CaneHollowPress@gmail.com. 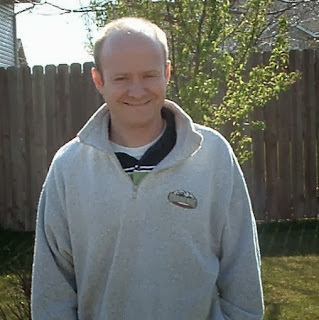 This morning, as I write this in my home in a small town in the middle of nowhere in Minnesota, it's eleven degrees below zero.  Over a century ago, the historian Judge Charles Flandrau wrote that our state's "climate, taken the year round, surpasses in attractive features that of any part of the North American continent."  This morning, Mr. Flandrau is staring up at a couple of feet of frozen soil in a cemetery about twenty miles from here.  It never ceases to amaze me how the early settlers prospered here.  These pioneers braved furious winters as cold as sixty-five degrees below zero, and tornadic summers with heat that occasionally reached 115 degrees.   They survived famines and blizzards and plagues of grasshoppers.  They lived among the American Indians, trading, warring and intermarrying.  These men and women must have had incredible stories of courage, sacrifice and perseverance, but like pioneers everywhere, they took most of these stories to their graves with them.  I love western fiction because it immortalizes the pioneer spirit.

I grew up in the Washington, D.C. suburbs, but always considered myself a midwestern transplant.  My summers were spent between relatives in rural Illinois and at camp, where I learned to shoot, ride, camp and love the outdoors in general. On weekends, I spent countless hours watching westerns at my neighbor's, whose dad was in the army and a transplant as well.  I don't suppose today you can run around the Washington streets waving a toy gun around, but in the '80's that was still considered healthy boyish behavior and we did much of it.

I spent college between Philadelphia and London, England, but after graduation I moved west to Minnesota, and other than a brief stint in Miami have been here ever since.  I married a beautiful girl with a farm and horses, and we bought a house in the country south of the Twin Cities where things are nice and quiet, and weekends are filled with day trips to trout streams and long hikes in the woods.

I've loved to write as far back as I can remember.  When I was a teenager, I had a story rejected from Isaac Asimov magazine.  The rejection letter was personalized, which is to say it was a from letter with the words "Please proof read your next submission!" handwritten across the bottom.  I was very proud of that rejection letter, although my "next submission" was delayed a few decades by the wonderful business of starting a family, getting my PhD and then tenure, and writing a lot of science articles and book chapters.  In the last few years, I've published a few western short stories in Frontier Tales eZine, and a few horror stories here and there, and it feels great to be writing fiction again!

Perhaps not surprisingly, my first novel, Trouble at Timber Ridge, is about a cowboy named Harlan Shea who's returned after a long a mysterious hiatus.  In the book, he's working to unravel a plot against his former employer that involves a crooked telegraph agent.  This particular plot was inspired by my efforts as an amateur radio operator  to master the international Morse code, a form of electronic communication which has changed little since before the American Civil War, and has been common in radio since the 1890s.  As I started to study the Morse code, it struck me how much power these telegraphers held at their finger tips.  Imagine if every phone message, email, letter, and text message you received arrived in a code you had to trust someone else to translate!  Seemed like these agents were in a position to stir up a heap of trouble, given the right motivation... 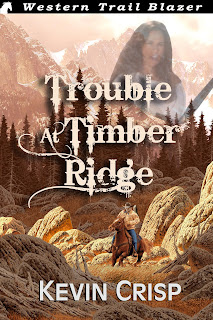 Buy it at amazon
Buy it at smashwords 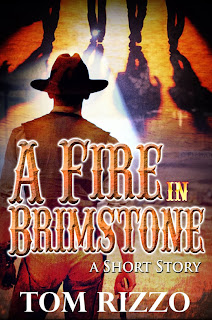 A FIRE IN BRIMSTONE


A new short story by Peacemaker nominee Tom Rizzo, author of the acclaimed western novel Last Stand at Bitter Creek. Cass Ryan is the trusted sheriff of Brimstone -but he has a dark secret. Now the past has caught up with him, and a day of reckoning is at hand... 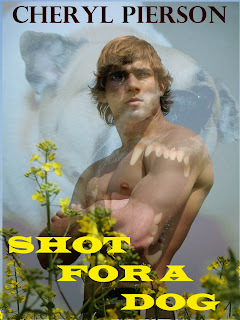 "It had been an accident—a trick of the relentless, shimmering heat—that had made Luke pull the trigger. At least, that had been the story he told, and the tale he stuck to in his own mind, until he had almost come to believe the fabrication himself."

This tense psychological thriller by acclaimed author Cheryl Pierson begins with envy and makes its way to madness, as a young farm boy on the American frontier finds his life unraveling due to a moment of rage..