Writing About Indians When You're Not One, part 8: Sports

If you've seen many old western movies, the scene is familiar. Brave young men from two different tribes -Sioux and Winnebago, aka Lakota and Ho-Chunk -come together on the prairie. The two tribes are fierce rivals, and each young man knows that his relatives and tribesmen are eager for them to bring home a resounding victory. On both sides, the previous day was spent in prayer and ritual preparation. The winning side will receive honors that, if the victory is big enough, might be sung about for years or even generations, whereas the losers will endure the agonizing shame of defeat. The two groups face each other menacingly -and then the signal comes for the conflict to begin.

A ball is thrown into the air.

That's right- we are not describing an actual battle, although the participants took it just as seriously as one. We are talking about a ball game. In this case, one witnessed in 1805 by Zebulon Pike. Although each nation, tribe, or indigenous group had its own unique social traits, ball play -like sweat lodges and vision quests -was one cultural trait that tribes across North America often had in common. 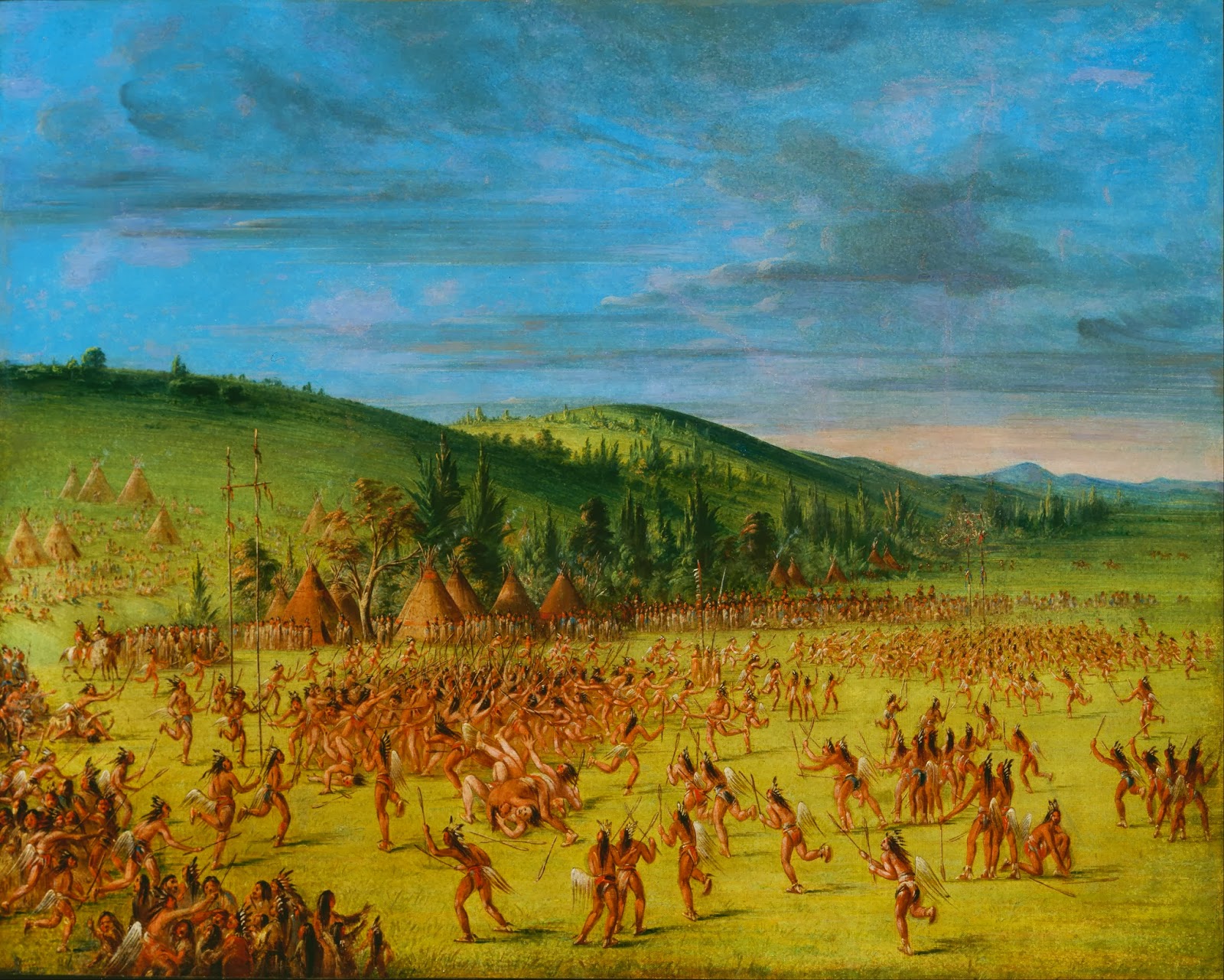 The Onandaga call it dehuntshigwa'es ..."men hitting a round thing."
The Cherokee call it da-nah-wah'uwsdi ... "the little war."The Mohawks call it tewaarathon ..."war's little brother."To the Ojibwe it is baaga`adowe ... "bumping hips." 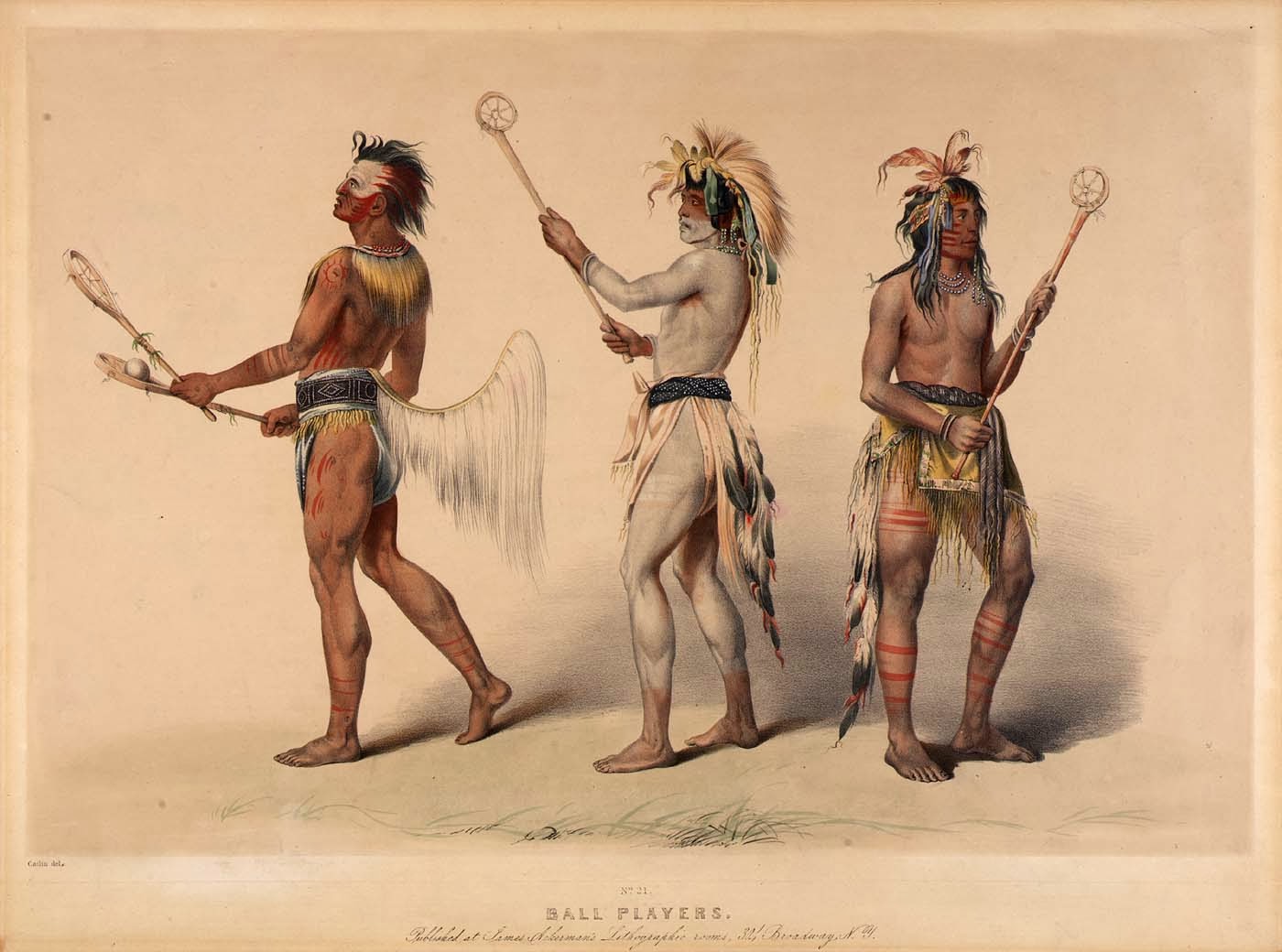 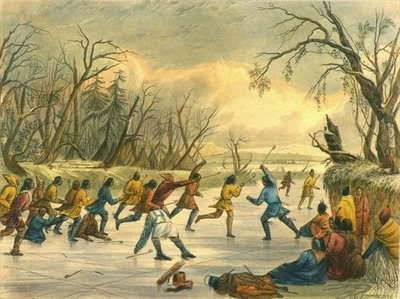 "The Indian game of the ball play is common to all the tribes from Maine to California, and from the sunlit waters of the Gulf of Mexico to the frozen shores of Hudson bay. When or where the Indian first obtained the game it is not our province to inquire, but we may safely assume that the {Native American} shaped the pliant hickory staff with his knife and flint and twisted the net of bear sinew ages before visions of a western world began to float through the brain of the Italian dreamer.

In its general features, Indian ball play was the same all over the country, with this important exception, that among the northern and western tribes the player used but one ball stick, while in the Gulf States each contestant carried two and caught the ball between them. In California men and women played together, while among most of the more warlike tribes to the eastward it was pre-eminently a manly game, and it was. believed to  defeat to a party if a woman even so much as touched a ball stick.

The game has a history, even though that history be fragmentary, like all that goes to make up the sum of our knowledge of the aboriginal race. The French, whose light-hearted gaiety and ready adaptability so endeared them to the hearts of their wild allies, were quick to take up the Indian ball game as a relief from the dreary monotony of long weeks in the garrison or lonely days in the forest. It became a favorite pastime, and still survives among the creoles of Louisiana under the name of Raquette, while in the more invigorating atmosphere of the North it assumed a new life, and, with the cruder features eliminated, became the famous Canadian national game of La Crosse." 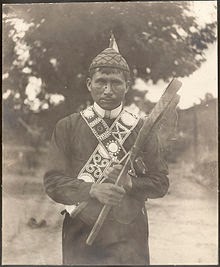 The game was played on a large field. Each side tried to move the ball to the far end, and their opponents' goal. Hands were not used; rather, the ball was moved with sticks. In some regions it was common to use two sticks, in others one long stick was wielded with two hands. The top end of the stick was often fashioned into a net of some kind, but in a few cultures the net was replaced by a hook or crook, similar to a modern hockey stick, or the image of an animal. 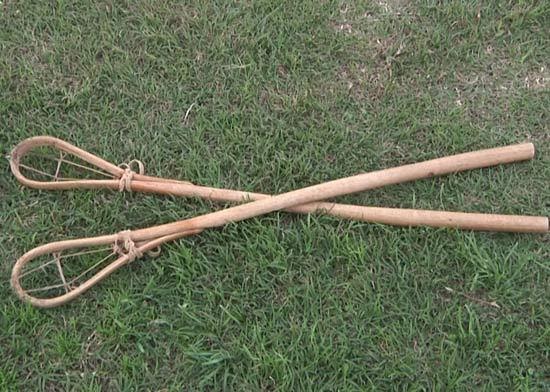 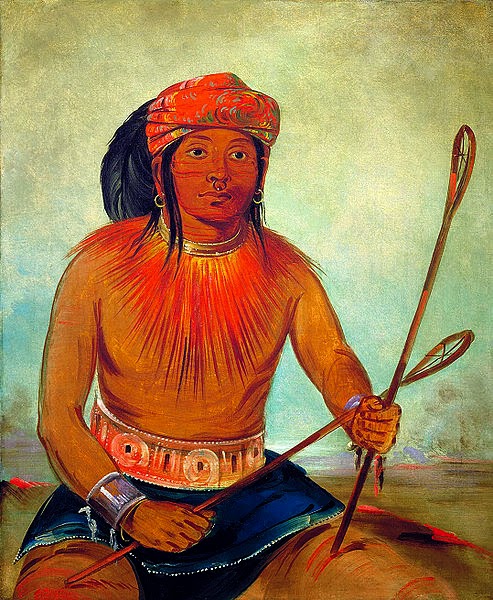 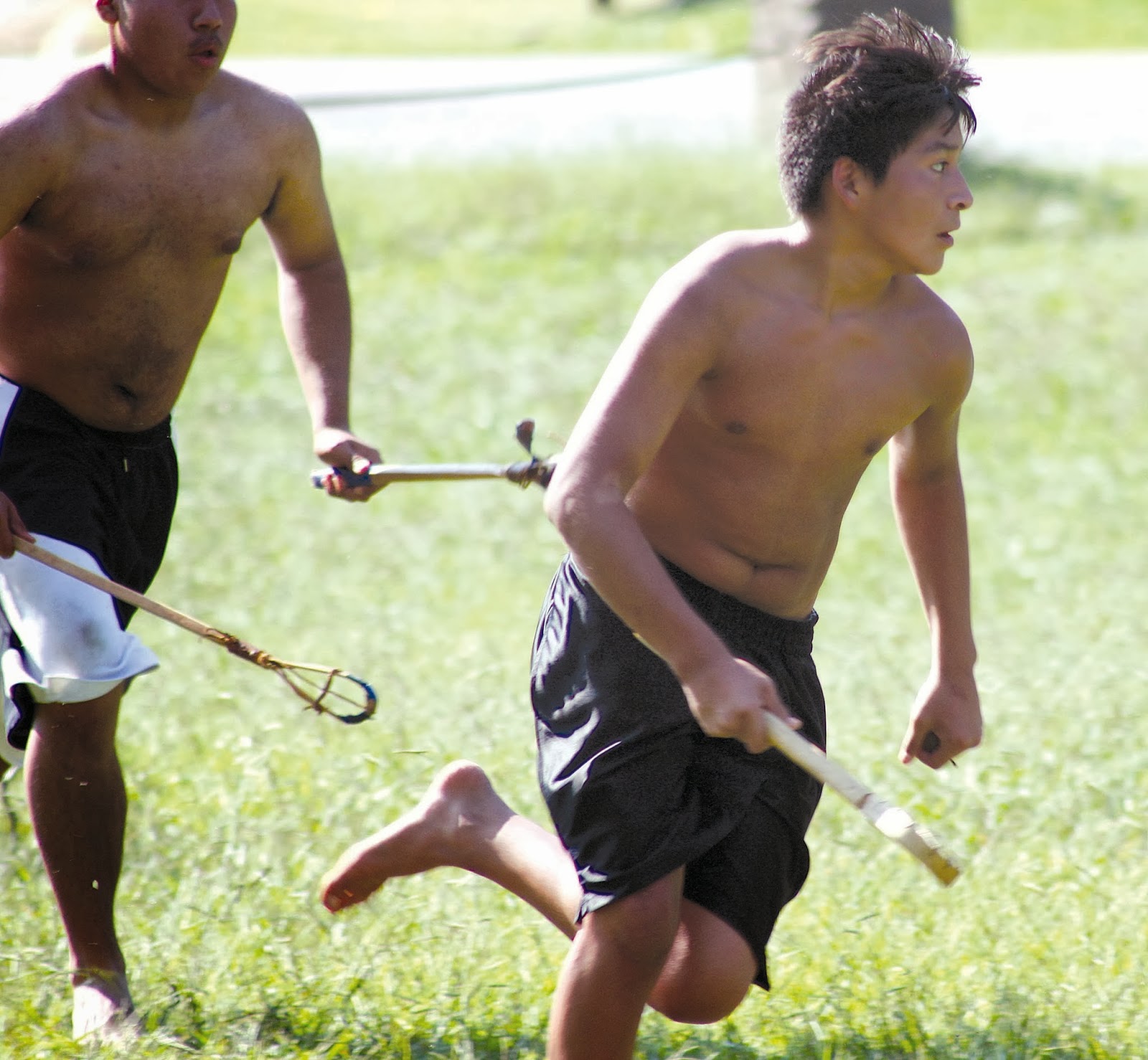 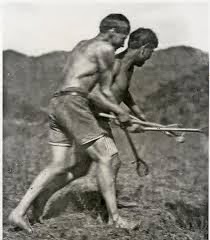 Among the Choctaw, if you were scheduled for execution for murder and there was a big ball game coming up, you were granted an extension so you wouldn't miss it (Choctaws were Southern, after all.)

Players underwent purification rituals before  the game. Instead of sideline coaches they had shamans.

This was serious stuff. 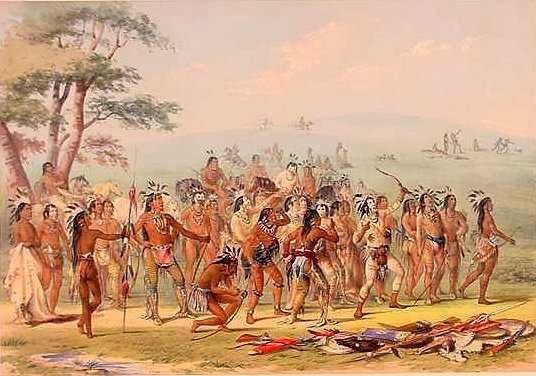 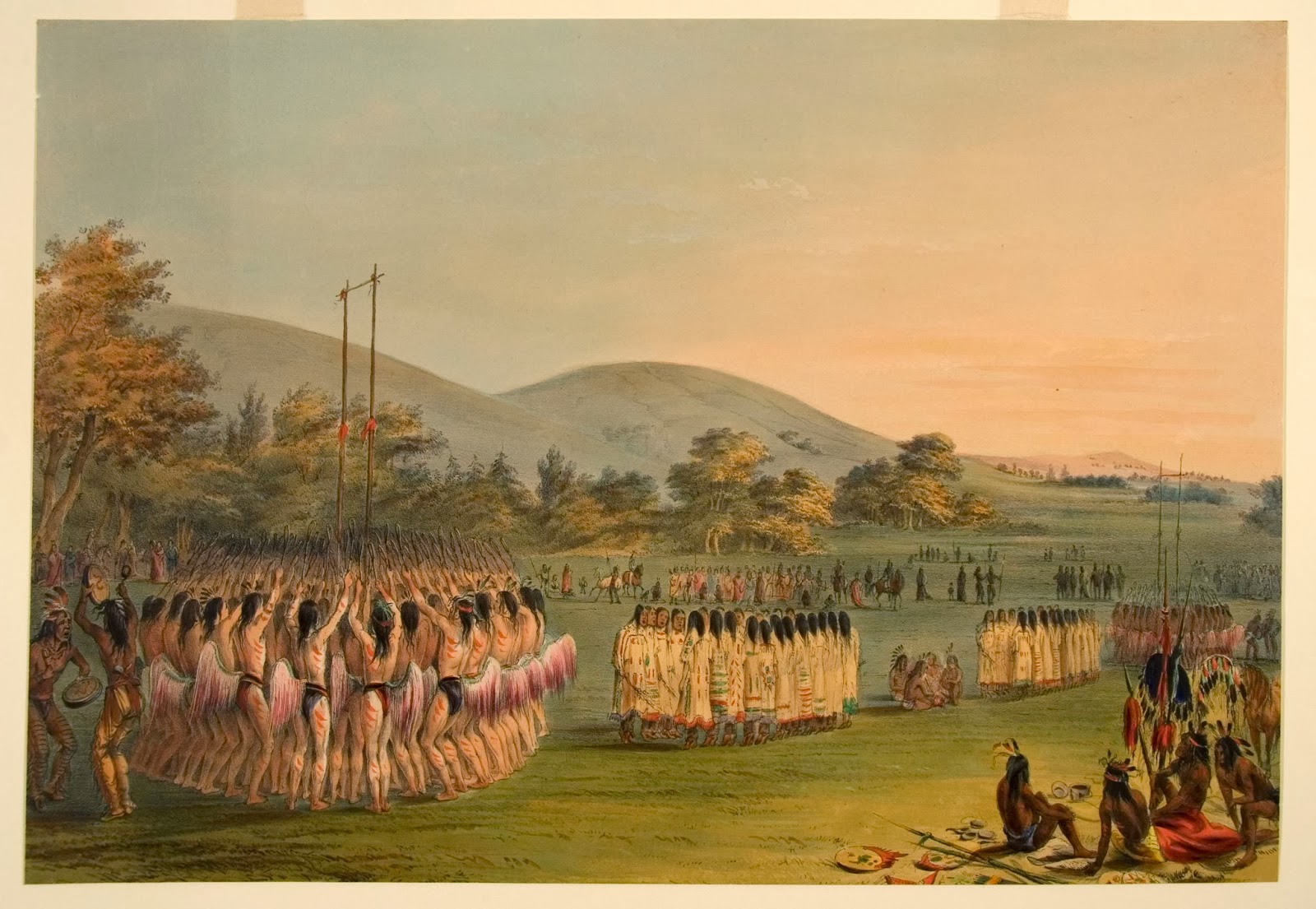 In addition to village pride, other things were at stake. Sometimes a game was played as part of a larger ritual supplicating the heavens. Oh, and there was some pretty heavy betting involved.

And they could be rough. Fatalities were not unheard of. A few years ago I was in Cherokee North Carolina for the girls' stickball semi-finals, and my body still aches just from what I saw. 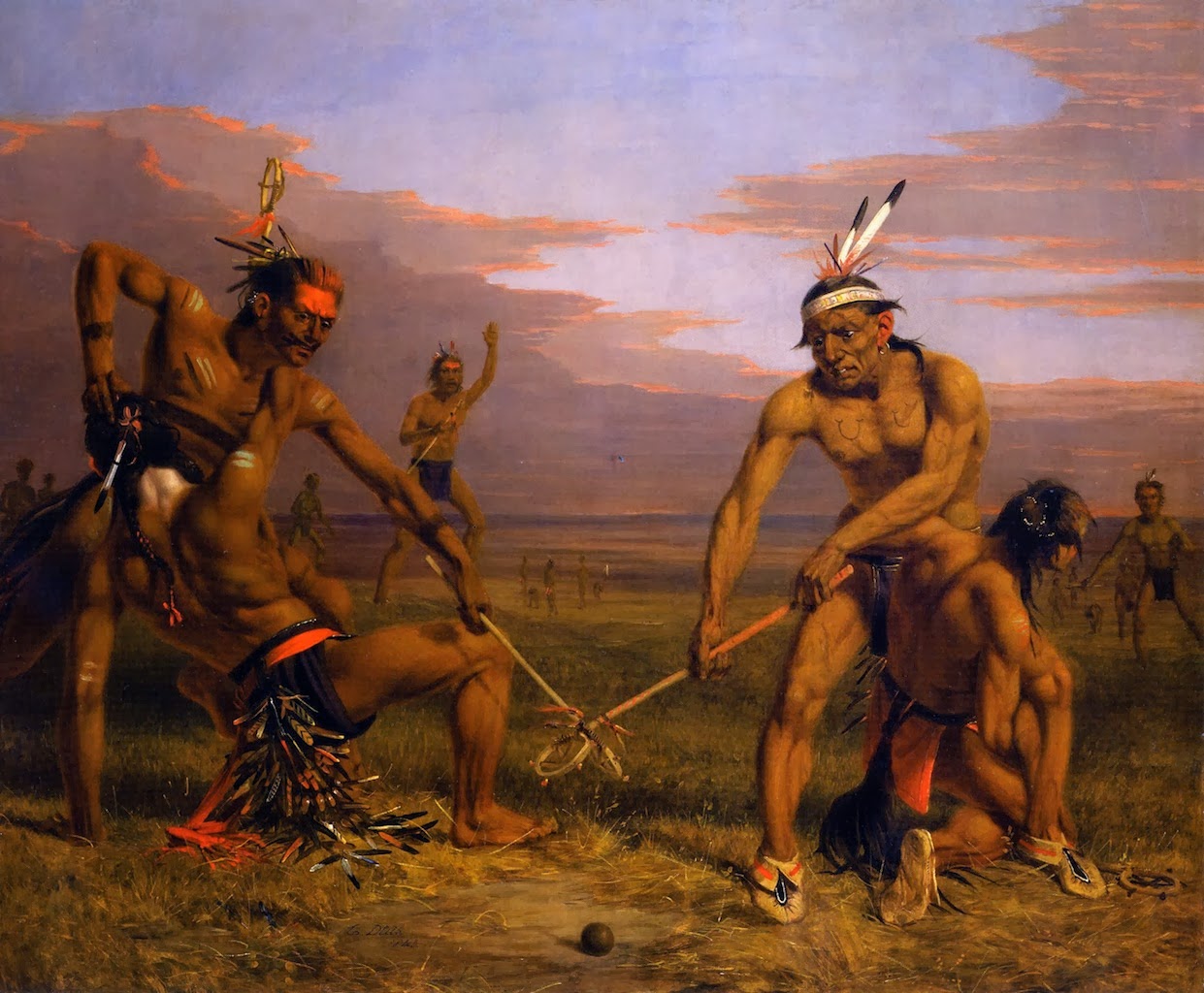 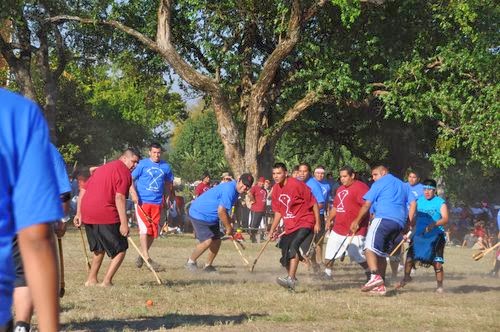 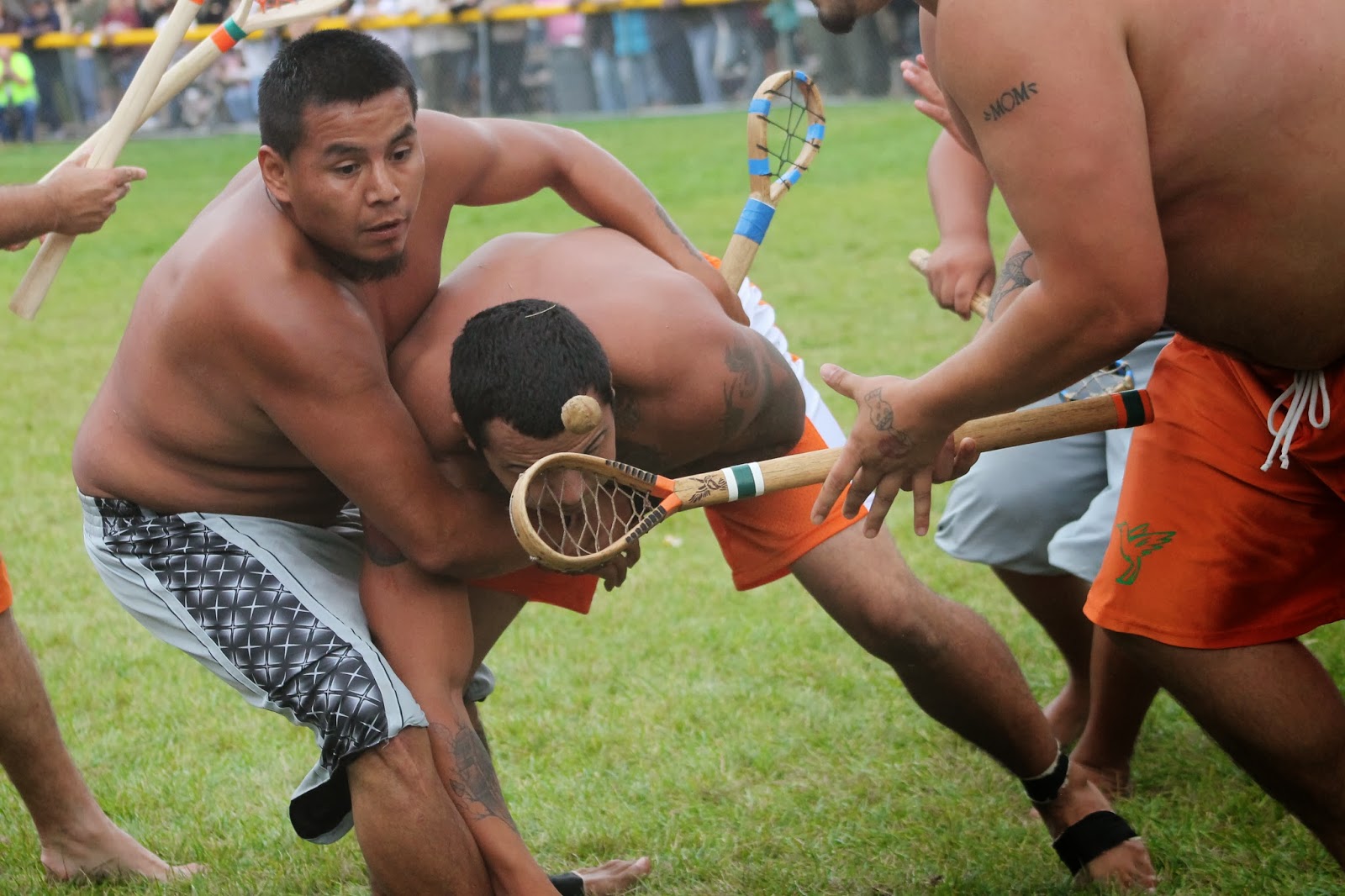 This was -and remains -a big part of native culture, but I have never seen it portrayed in film or television, and only rarely in literature. But with that strong an athletic tradition, it is little wonder that an Indian school like the one in Carlisle, Pennsylvania -the Indians (they could get away with the name!), coached by Pop Warner and featuring Jim Thorpe -could dominate college football in the early years of the game. Check out the previous entries in this series: