Review Roundup: Requiem for a Bandit 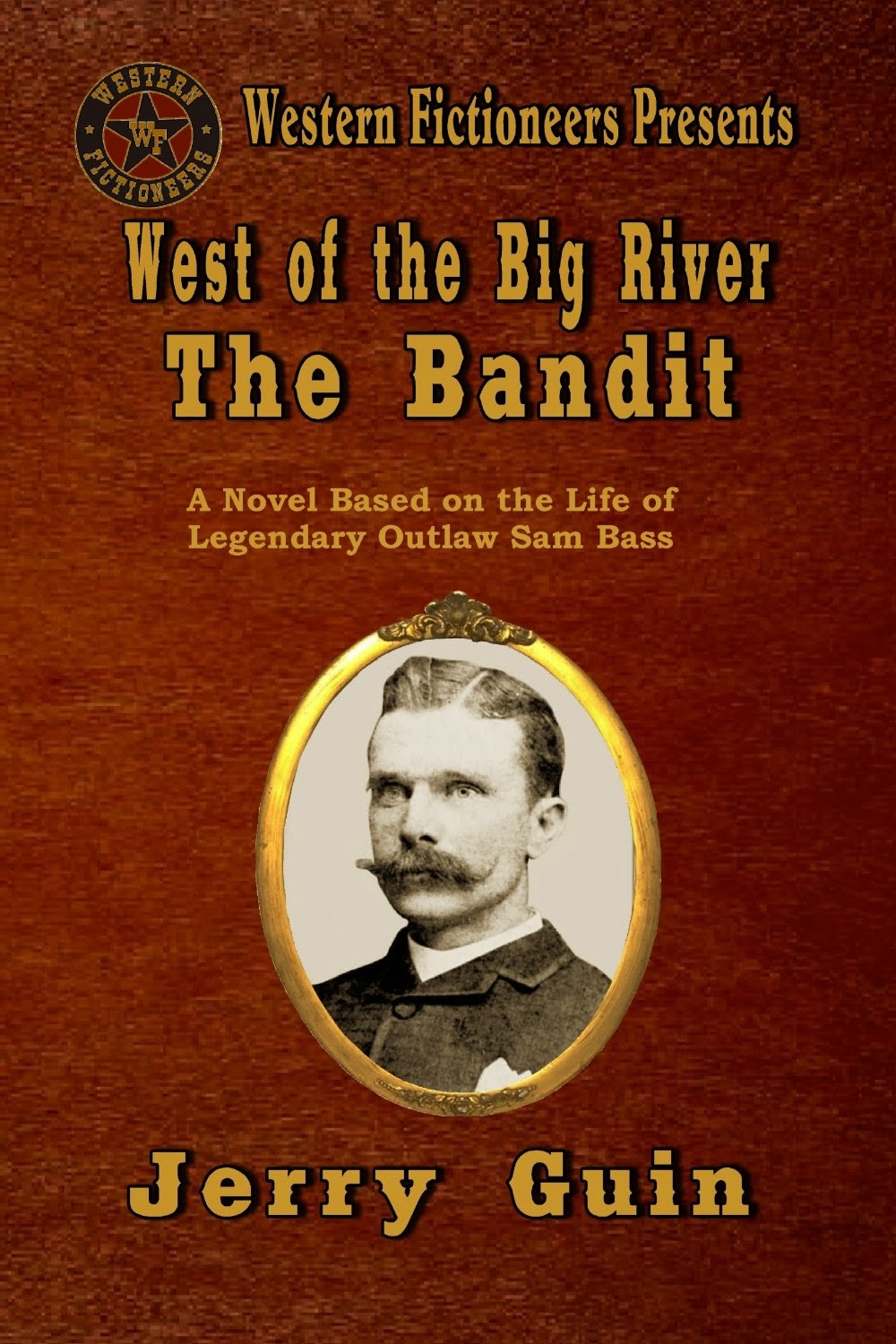 Sam Bass did a lot of living in a few short years. Initially a footloose orphan mentored by a Texas sheriff he called Dad, during the last five years of his life Bass evolved from disillusioned cowpoke through gambler to lightly seasoned robber of stages and trains.

Jerry Guin presents a semi-fictionalized account of Bass’s transformation in West of the Big River: The Bandit.

Unlike the other books in the West of the Big River series, The Bandit doesn’t drop a historical figure into a fictional adventure. Guin’s tale sticks closely to the historical record and surrounds Bass with known associates. Within that framework, though, the legend of Sam Bass gets some meat on its bones.

Texans still tend to view Bass with a Robin Hood-like reverence: The outlaw stole for a living, but according to most reports, he was generous and personable. Folks couldn’t help liking him.

That is the Bass Guin presents, embellishing what is known with what easily could have been. Naïve in the beginning, Bass gradually gains confidence after falling in with a disreputable crowd. Under the presumed tutelage of an opportunistic drifter, Bass goes about becoming a legendary criminal in a somewhat lackadaisical fashion. He doesn’t emerge as a leader — and even then, a rather aimless one — until shortly before his death at age twenty-seven as the result of an accidental shootout.

The Bandit only modestly fictionalizes the legend of a Texas outlaw. Those who already know the story will enjoy the refresher and the ways in which Guin puts words in the mouths of historical figures. For those unfamiliar with Sam Bass, The Bandit will entertain while it educates.

Kathleen Rice Adams is a Texan, a voracious reader, a professional journalist, and an author. She received a review copy of West of the Big River: The Bandit from the publisher. Her opinions are her own and are neither endorsed nor necessarily supported by Western Fictioneers or individual members of the organization. Links in the review are for convenience only; they do not produce affiliate revenue.