It has been awhile since we have had a new chance to visit Wolf Creek... our two Christmas anthologies came out in November, close on the heels of Book 8, Night of the Assassins. It has always been my goal to present new volumes on a bimonthly basis, but somehow -due to the schedules of all our co-writers -what usually happens is there'll be 3 or so books released close together and then a drought for 3 months or so.

The drought is nearly over. We have two new volumes almost finished, and the first should be appearing sometime this month. Both books are connected, in a way: together they tell of an all-out war between the lawmen of Wolf Creek and nasty, ambitious land baron Andrew Rogers. 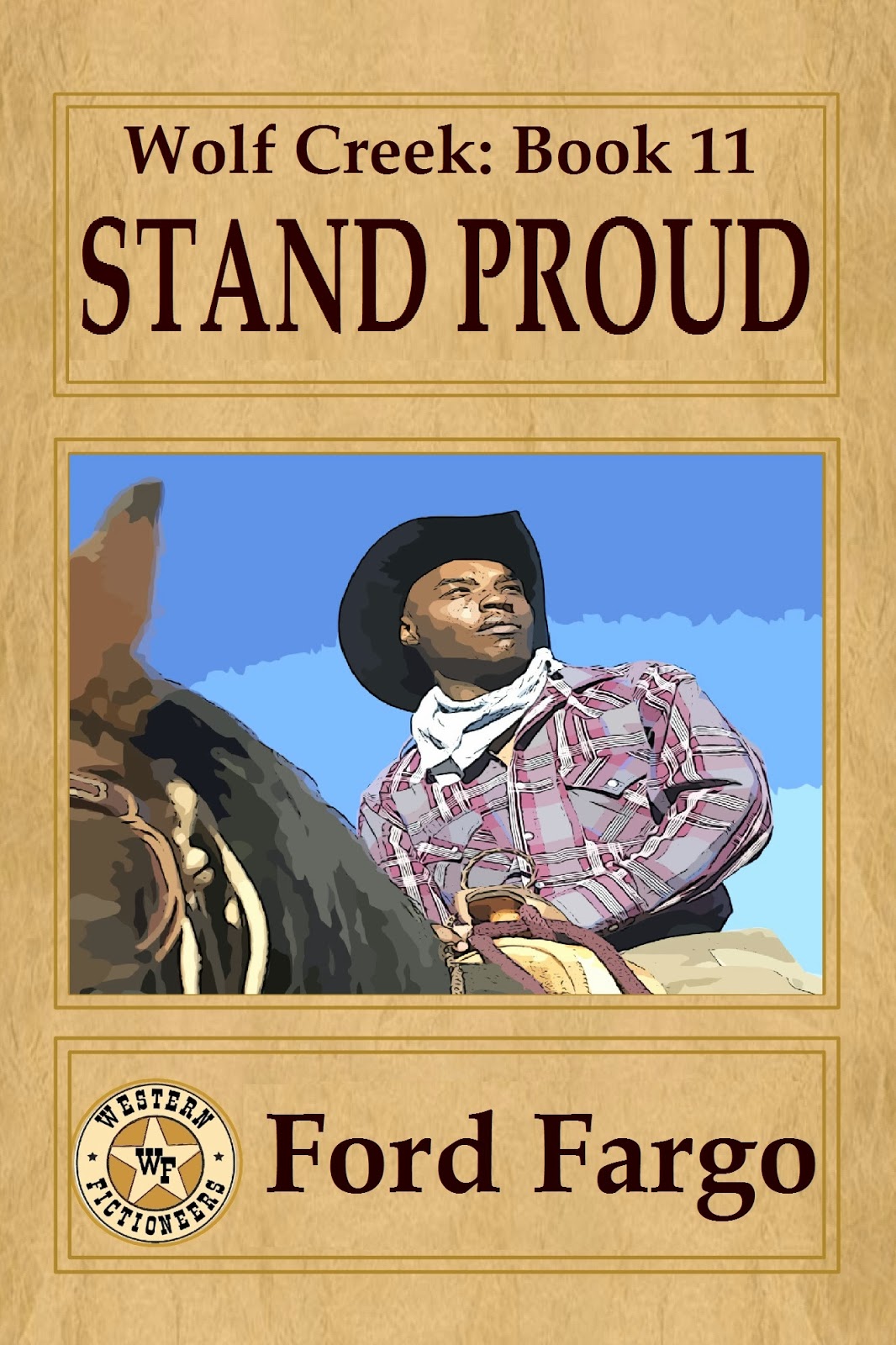 In WOLF CREEK 11: STAND PROUD, Rogers turns his evil attention toward the small black community of Matthias, determined to chase them off and claim their land. The people in Matthias have a lot of friends in Wolf Creek who say otherwise... 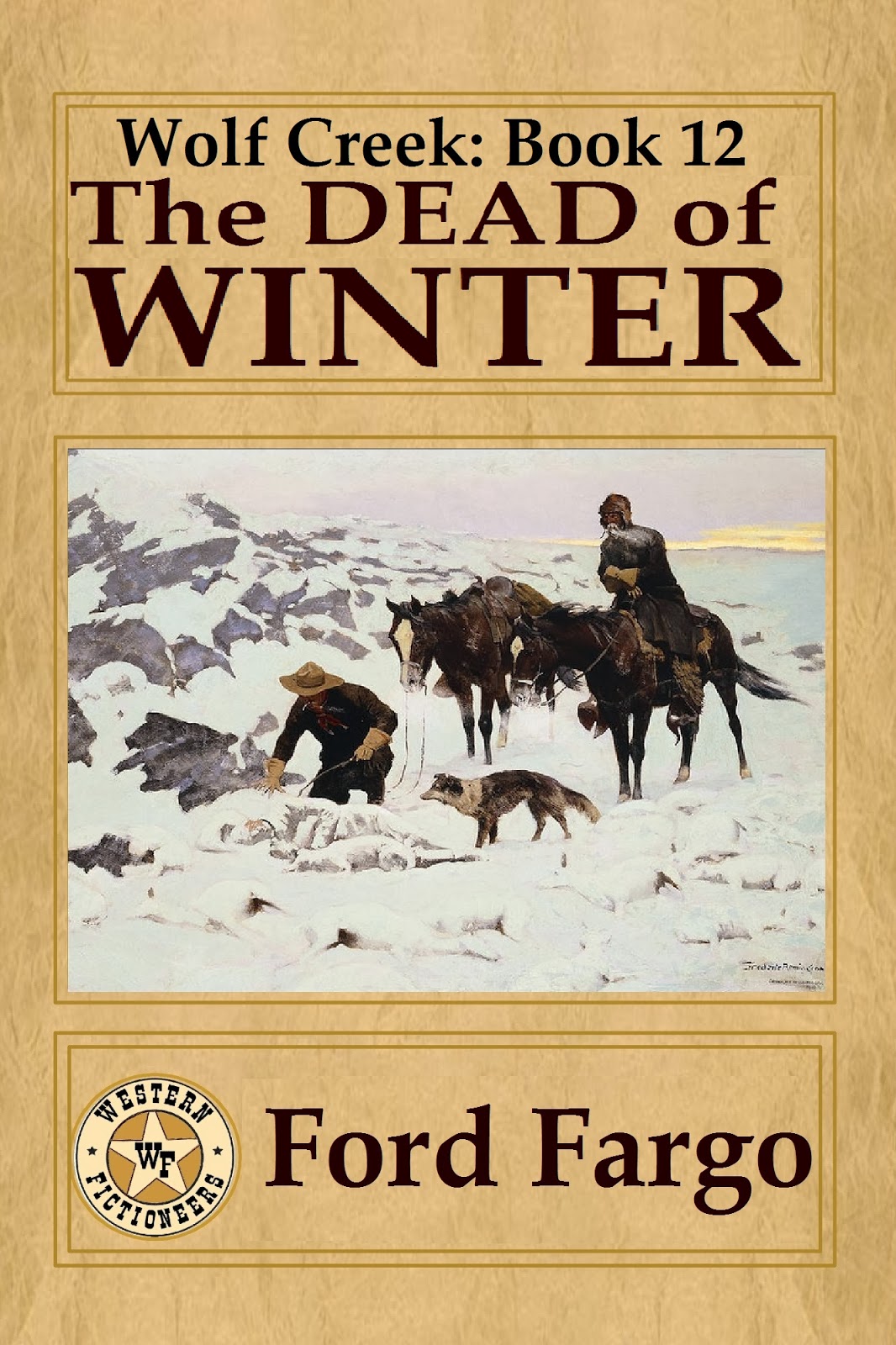 In WOLF CREEK 12: THE DEAD OF WINTER, Rogers -under pressure from his northern investors -realizes he needs to make a clean sweep and solve his Wolf Creek problem (specifically, Sheriff G.W. Satterlee and Marshal Sam Gardner) once and for all.

Watch for 'em real soon... and if you haven't read the earlier installments, they're still there waitin' for you!