Some things to know about wickedness 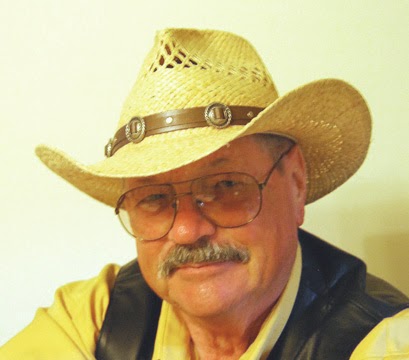 I ran onto a writing teacher who is also a very talented writer of high fantasy. OK. I know, this is the Western Fictioneer blog. But some of the things he (David Farland) teaches are worth sitting up and listening to.

This is a wicked post, so lets talk about antagonists, those wicked people who make life so hellish for the ones we love (you should always love your protagonist).

Here’s what Farland says about creating an antagonist (from his book, Million Dollar Outlines 2013 Edition): The antagonist is normally a person who wants to coerce your character to follow a life path that is soul-destroying, even though he may gain some short-term goal. Antagonists are usually older and far more powerful than the protagonist. The antagonist in Star Wars was the emperor, in The Lord of the Rings, Dark Lord Sauron, and in Harry Potter, Voldemort.

He continues: “The contagonist typically sees potential in the protagonist, sees that person as a younger version of himself, and will try to become a guide to the protagonist.”

Note this: Though the contagonist may seem allied to the antagonist, their goals may differ.

Farland has written a lot. One of his series is The Runelords. From it, I think we can learn a lot about building or creating a mighty, totally ruthless, greedy, exceedingly powerful antagonist.

The hero is Gabon. A young prince who is destined to become the Earth King, but is now just a young prince.

The major piece of magic in Farland’s fantasy world is the ability to give and accept endowments. A person could endow another with his sight. The endower would then be blind, but the endowed would see twice as well. In theory, there is no limit to the number of endowments a person can accept. And the endowments might include brawn, stamina, hearing, glamour, metabolism, and more. The lords of the realm receive endowments from their subjects . . . the catch is, if the endower dies, the endowed loses the endowment. This concept was very interesting to me. Especially when the invading king first appeared. This is where we get to see what real wickedness is like.

I don’t underline much in a novel, but I could not help underlining this statement: “Men who believe themselves to be good, who do not search their own souls, most often commit the worst atrocities. It is only when we do evil in the belief that we do good that we pursue it wholeheartedly.”

The invader is Raj Ahten. Let’s see how he attacks the walls of Sylvarresta Castle. I quote from Farland’s book The Runelords.

Lord Raj Ahten himself gave a shout, reining in his stallion, and such was the power of his call—for he bore endowments of Voice from hundreds and hundreds of people—that his words carried clearly even this high on the citadel, even blowing on the wind. He sounded kindly and pleasant, belying the threat inherent in his deeds.

“King Sylvarresta, people of Heredon,” Raj Ahten called, his voice as fair as the tinkling of a bell, as resonant as a woodwind. “Let us be friends—not combatants. I bear you no malice. Look at my army—“ He spread his arms wide. “You cannot defeat it. Look at me. I am not your enemy. Surely you will not force me to squat here in the cold tonight, while you dine beside your hearths? Throw open your gates. I will be your lord, and you will be my people.”

The antagonist’s words were so enticing, in so many ways, the defenders started throwing their weapons off the walls of the castle and began to lower the draw bridge.

In keeping with her own feelings of anger, down at the gates, Captain Derrow let a bolt loose at the Wolf Lord. Derrow’s bolt flew with incredible speed, a blur of black iron that would have driven through any other man’s armor. But the speed and strength of Raj Ahten outmatched him. The Runelord simply reached up and caught the bolt in mid-air.

A few moments later, the Wolf Lord takes the castle over.

His cousin is the queen, but she refuses to kneel to him. He also demands the wit endowment of King Sylvarresta. The queen tries to kill him with poisoned fingernails. His endowments of metabolism let him oust the poison and heal the scours in seconds. He kills her. Then he explains to the king.

Raj Ahten said, “My condolences, Sylvarresta. You see that I had no other choice. Of course, there are always those who think it easier to kill or die, than to live in service. And they are correct. Death requires no effort.”

Farland uses what he calls the Hourglass of Evil. He says: In the beginning, evil is seen to be ‘distant’ from the protagonists. The Orcs are rampaging in distant lands in The Lord of the Rings, while in The Christmas Carol, Scrooge is asked to donate money to orphans in a distant country.

But as the tale progresses, the evil draws closer to the protagonist. Black riders enter the Shire, poverty strikes in the homes of Scrooges employees.

Eventually, at the end of the tale, evil is seen in the hearts of the protagonists. Frodo discovers that he cannot give up the Ring at the Crack of Doom, while Scrooge learns that his own selfishness lies at the heart of the troubles around him.

Thus, there must come a turning point where your character sees the evil in himself and resolves to either change or is destroyed. It is only when evil is subdued in the hero’s heart, that changes can be made abroad, and good can sweep over the earth.

May your antagonist forever gain in wickedness and may all your protagonists wear white hats.
Posted by ChuckTyrell at 8:09 AM