This month, I thought I'd tease you with a sneak peak at the volumes we plan to have available for the rest of 2013.

Now that folks are becoming aware of our series, I've made some slight changes to the font of our covers, including making the "Wolf Creek" part smaller than the main title; let me know whether you think it works or not.

With no further ado, here are our upcoming installments and tentative writing teams: 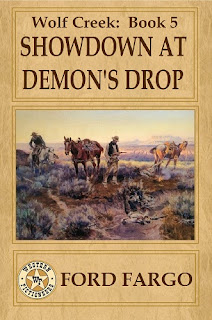 The surviving members of the Danby Gang have regrouped, and come back to Wolf Creek for a horrible  revenge. Several Wolf Creek citizens will be forced into a showdown with the outlaws in their hidden Indian Territory lair...


Wolf Creek 6: Hell on the Prairie 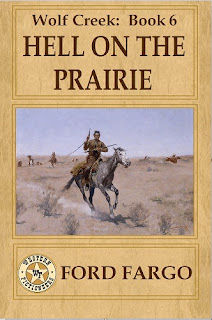 A short story anthology, in which Ford Fargo shines a solo spotlight on several of our upstanding citizens (and some not so upstanding.) Some of your favorite characters gain a little more depth, and there are some big surprises.

Contributors TBA (depends on who else chips in!) For anyone wanting to join our motley crew, this would be a good opportunity to introduce a new character, just sayin'... (if you can get a story in by June 1, that is!)

Wolf Creek 7:  The Quick and the Dying 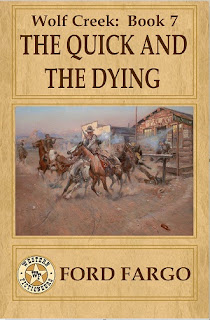 Notorious bank robber Sampson Quick has been laying low in Wolf Creek, disguised as an effete artist. But his old partners have finally caught up with him, and threaten to expose his secret unless he joins in their scheme...

Wolf Creek 8: Night of the Assassins 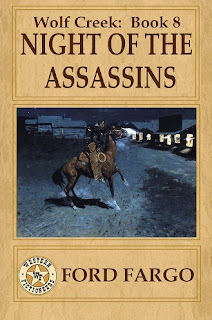 Tsu Chiao, owner of the opium den and brothel The Jade Chamber, has marked several Wolf Creek citizens for death. To achieve this he has sent word to his Tong associates in San Francisco, and requested their best boo how doy... also known as The Hatchet Men.An all-out war between Tsu Chiao and Ira Breedlove may ensue... 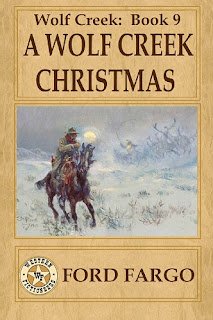 Another anthology, with a self-evident theme... open to any WF member who wants to participate. Deadline: October 20.

As you can see, the people of Wolf Creek have a busy few months ahead of them!