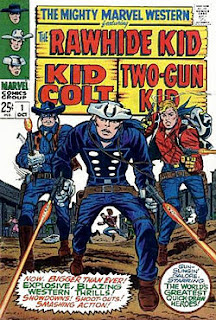 If you haven't figured it out yet, I am a major league comic book geek. It started before I even learned to read, as  my older cousin (and my mom when I could draft her) would read them to me. I actually learned to read at an accelerated pace- because I didn't wnat to have to rely on someone else to tell me what the characters were saying.

NOTE: this helped my vocabulary as the years went by, as I often went to the dictionary to look up unfamiliar words. To this day, when I hear the word implacable I think of Galactus, and ubiquitous evokes an image of Doctor Doom's robots. 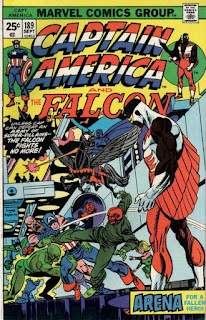 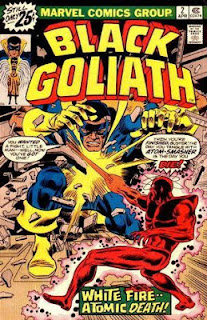 By the mid-70s I had advanced to the point that I not only could read the books, I was becoming familiar with the writers and artists. A name I saw a lot during that period (and later) was Tony Isabella. He must have made quite an impression on me, because the first things I tend to associate with his name are his short run on CAPTAIN AMERICA and the sadly short-lived BLACK GOLIATH. He wrote for a lot of  my favorite characters through the years, including a memorable run on GHOST RIDER; he also created the first major black DC Comics hero, BLACK LIGHTNING. He has also become well-known as an industry columnist and critic. 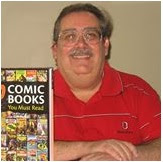 A couple of years ago Tony was gracious enough to serve on our panel of judges for our feature on the Top Ten Greatest Western Comics .  Turns out Tony is a big fan of western comics, particularly the Rawhide Kid- for some time now he has been writing a blog called "Rawhide Wednesdays."

Tony has agreed to be our guest today and share his perspective on western comics...

1. From your own work, whatever the genre, what are you proudest of?

ANSWER: Black Lightning. I wanted to create a positive role model
who was also an interesting character. As I saw it, there weren't
enough characters of color or diverse backgrounds in comics. That
offended my sense of fairness. I wanted Jefferson Pierce to be a
hero who readers young and old could relate to, could understand,
could admire. Despite an uneven publishing history, my version of
Black Lightning was and remains the hero I wanted him to be. The
readers still consider my version to be the definitive take on the
character. Especially on my second series, published in the 1990s, I
think I did my best work on Black Lightning. 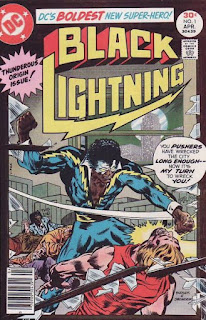 2. Do you think westerns are different from other comics genres,
other than setting?

ANSWER: Yes and no. Obviously, the setting and the time make them
somewhat different from other genres. But the best western comics
are like the best comics of any genre...with intriguing characters
and situations. That said, it should be noted there are very few
"pure" western comics today. They are usually mixed with horror or
other genres to increase their marketability. I'm surprised that we
haven't already seen Kid Zombie, Outlaw or the Two-Gun Zombie.

3. You've written a lot about western comics; in your career, have
you had the opportunity to write any, or at least include some
western elements?

ANSWER: I've never had an opportunity to write western comics per se, but I wrote "Bounty for a Vampire" for Marvel's Dracula Lives! It was pitched as "Jonah Hex versus Dracula," changed a bit in the actual writing and drawn by Tony DeZuniga. For Marvel's Tales of the Zombie, I wrote "Voodoo War." That one was drawn by western comics legend Dick Ayers. And there was always a bit of cowboy in my version of Johnny Blaze in the modern Ghost Rider series. 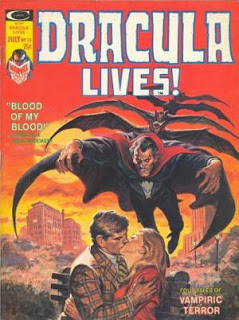 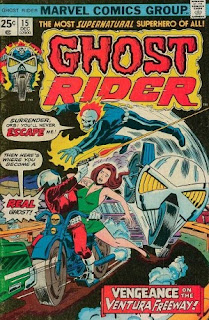 4. Are there any western characters you think you'd especially enjoy writing?

ANSWER: I would have loved to have written several Marvel westerns. The Rawhide Kid was my favorite, but I also enjoyed Kid Colt, Two-Gun Kid and the company's version of ME's Ghost Rider. On my long bucket list of things I'd like to write before I kick the bucket is a western series that's not really a western series. 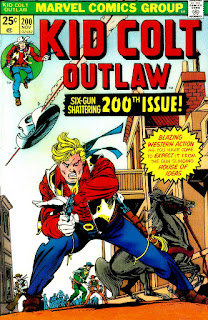 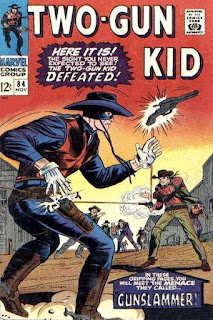 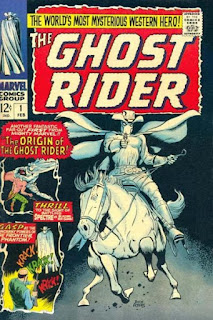 5. You've said the Rawhide Kid is your favorite western comic
character; in your eyes, what sets the Kid apart from other four-color cowboys? 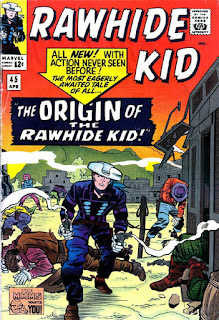 ANSWER: I relate to him better than the others. He's a short and feisty guy, not unlike myself. He's a loner, though not by choice. He's young enough that the reader wants to believe he can find the happy ending, the peace and quiet, the freedom from being hunted he seeks. 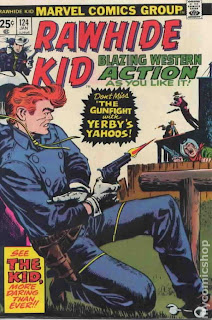 6. Do you have any recent or upcoming projects you'd like to make our followers aware of?

ANSWER: I try not to promote projects until they are getting close to realization. One of my main sources of income these days comes from assisting various comic-strip creators anonymously. I'll be asked to write a few weeks of a strip, plot out an extended story, come up with gags or just take a creator's ideas and put them into a more workable fashion.

Online, I write the daily "Tony Isabella's Bloggy Thing" and often write about western comics, especially the Rawhide Kid, there. I also write a weekly "Tony's Tips" for the Tales of Wonder website.


Many thanks to Tony for talking with us!