When I think of the "Old West," I imagine dirt. Yep. Lots and lots of dirt, dust and cactus and flies. No trees. Flat dry land. Yep, even though that's not the case at all - given the Rockies, the trees along the creeks, the hills and gorgeous prairie flowers, the variety of grasses and habitats... remember RANGO? The dust and dirt in the movie reminded me of "the Old West" image hammered into my brain. I must have watched too many Hollywood movie and TV westerns as a kid!

Mind you, I'm an eastern greenhorn. We have lots and lots of trees. We have dirt, too, but you don't see it much. You gotta dig for it. But the point of my rambling is not the actual dirt, but the "down and dirty." In language. The cuss words that a lot of western characters use in westerns - books, movies, etc. And also HOT stuff - sexy romance, even erotica - in western books and movies. Now don't get me wrong, I've read and seen plenty of family-friendly westerns, both books and films. But it's a wide open range out there. Let's face it. Sex sells. I'm not into 50 Shades of anything, except on a paint canvas.

Someone sent me a note recently that surprised me. "It's rare to find a western these days that isn't filled with cuss words and adult situations." I was glad, and grateful, that a reader enjoyed Double Crossing. If they buy the sequel, they'll find the same thing in Double or Nothing. When I first considered a publishing contract, I made a commitment to writing clean fiction. And I'm not judging others' books or films. Write and publish whatever you're proud to put your name on. Read what pleases you. I choose clean fiction for both.

It's a personal choice. 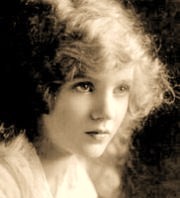 Do you realize how hard it is to *not* put in a cuss word when you have a cowboy hero? However, I wrote both books in the Double series in First Person Point of View -- and Lily Granville is a lady. Back in the Old West, men would never have cussed in front of a lady. In fact, when Ace first meets Lily, he's recovering from being knocked cold by a muleskinner, and has to be prodded into remembering "there's a lady present." Since my publisher for Double Crossing, Astraea Press, is all about clean fiction so I took out the cuss words (hell and damn, pretty minor.) I applaud their commitment, too. I also feel free from having to worry about what my family, my daughter, my friends and neighbors, my church family thinking about any sex or cuss words in my books.

Now, for Double or Nothing, I have a scene between newlyweds. How "sexy" could I get without really getting into detailed "pink parts" or more? It was quite a challenge! But I have to admit, it worked -- it can be done. I could have included an excerpt, but it might make you blush. (wink wink nudge nudge - just kidding, of course!) It's a bit too far into the book, and has a spoiler or two. Sorry!

As for cuss words, I've learned to suggest them. My cowboy hero has to be realistic, after all. Here's an excerpt from Double Crossing, when Lily is talking with Aunt Sylvia and her husband Lord Vaughn, right before Ace Diamond enters the picture.

“Lily, you have no idea of the dangers. My husband traveled to Nevada earlier this year,” Aunt Sylvia said. “Neither you or Mr. Mason have considered the impropriety of this.”

“He’s a gentleman for escorting me.”

“I can see for myself what you both are—”
A blood-curdling yell, similar to what I’d read about an Indian war cry, stopped her cold. The moment I glanced up, the window exploded. Shards of glass rained on us and a man rolled over the table. Scattering plates, flatware, cups and teapot, before he crashed onto the floor—unconscious, and half-draped in the tablecloth among the broken china and glass.
Mere inches from my feet....
####
Horrified, I stared at the young man on the floor. Bright scarlet blood streamed from a deep cut above his left eye. I grabbed a clean napkin from a nearby table and knelt to staunch the heavy flow. Tossing the soaked linen aside, I grabbed two others.
“Good heavens, Lily, you’ll ruin your suit,” Aunt Sylvia chided. “Get up this instant.”
Ignoring her, I untwisted the young man’s arm behind him but he failed to wake. “It’s obvious he needs help. It’s my Christian duty. And yours, Charles.”
“He may be a criminal for all we know,” he said, but handed me more napkins.
Sir Vaughn huffed. “Quite right, Mr. Mason. He’s bleeding all over your skirt, Miss Granville, so leave him be. The proprietor will carry him out to the street.”
“He’s waking up.”
I surveyed the young man’s calloused palms and fingers, his blood-stained knuckles, the sawdust in his tangled dark hair which needed a barber’s clippers. The crack of one boot sole proclaimed a man down on his luck. He smelled of sweat, leather and tobacco. Stubble on his cheeks and square jaw added to his gone-to-seed appearance. He opened one blue eye.
“Oof.” Wincing, he raised a hand to his head in slow-motion, and then let it fall back against his shoulder. Fresh blood stained his shirt. “What the—”
“Shh. You’re hurt.”
He rolled to one side as if he hadn’t heard me, groaned and then sat up. “That stinkin’ muleskinner packed a punch. I’ll be da—”
“Watch your language,” Sir Vaughn said and prodded him with his cane. “There are ladies present. Now take your leave or we shall send for the local sheriff...” 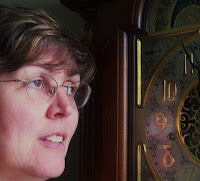 Meg Mims is an award-winning author and artist. Her first book, Double Crossing, won the 2012 Spur Award for Best First Novel from Western Writers of America and was named a Finalist in the Best Books of 2012 from USA Book News for Fiction: Western.  Double or Nothing is the sequel.