Once about a woman 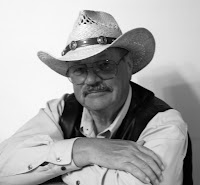 Up in the high country back of Mt. Ord and Old Baldy, there’s a great trout creek called Paradise Creek. It’s high, over 7,000 feet, but the grass grows thick and deep, and a family can make a good ranching life up there among the meadows.

Jack and Laurel Baker homesteaded on Paradise Creek. They built a home and barn, a spring house for milk and cheese, and a root cellar for potatoes and carrots and someday apples and onions.

Hell Fire in Paradise is the only novel I’ve written from a woman’s point of view. Here’re six lines to get your started.

“I know, son. But tomorrow will come before you know it, and I want you in bed right now. Jason’s in the loft and asleep already, and you should be, too.” 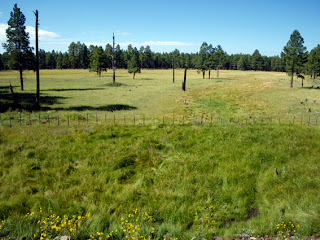 This photo gives you an idea about what it would be like on the Rafter P on Paradise Creek.

Laurel and Jack Baker’s Rafter P ranch was less than a day’s ride from Ponderosa, a sawmill town. I modeled Ponderosa after McNary, Arizona, even though that town didn’t come into existence until the 1920s. 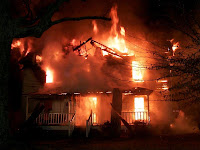 But in the first chapter of Hell Fire in Paradise, Laurel loses her to sons to fire and her husband to a wagon accident on the way back home from Ponderosa. Paradise turns into Hell for Laurel Baker. But she has good neighbors and her friendship with Indians comes to her aid, too. All is not total gloom.

An orange-red flicker caught her attention. Had she left a lamp on? Fire? A new fear blossomed in her heart. Fire! Jimmy and Jason were in the loft. No one to wake them. No one to carry them from danger. Laurel shoved the Winchester into its scabbard and raked her spurs across Angel's ribs. The startled horse hit a dead run in three strides. Laurel leaned over his neck, urging him on, her eyes on the orange-red glare that gradually got brighter as the gelding plunged onward.

Jack Baker went to Ponderosa for supplies, and he'd not gotten back by sundown. Laurel worried. Jack wasn't a drinker or carouser. He should be home. But even as the house burned, he didn't come home.

Laurel sank to her knees. The black pit threatened to consume her. First Jimmy and Jason. Now Jack. Cut, her mind said. Bleed. Get out of this place where you can't think or even feel. She fumbled in her trouser pocket for the clasp knife she always carried when riding. Opening the blade, she slashed first her left arm, then her right. Pain. Blood. Then she cut her face from hairline by her ear down to the point of her jaw. I'm alive, she thought. Maybe the pain will take away the emptiness. Bleeding profusely, she hacked away her long brown hair, sawing off each handful with the knife. 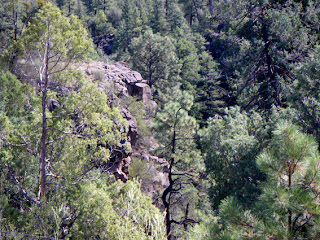 Jack Baker's wagon may have gone off the edge
of Paradise Gorge right here.

Today's not a wicked Wednesday, but I thought you might like to get a look at some good Arizona ponderosa pine country as you read about one woman's pain. Oh. And here's what McNary sawmill looked like back in the day. 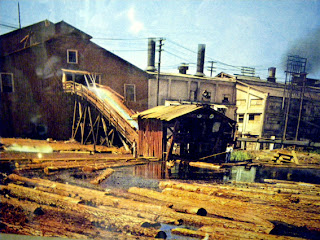 Posted by ChuckTyrell at 2:24 AM