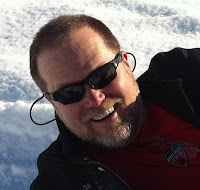 They call it Biting the Bone.

On a manhunt for a particularly bad outlaw in the Lower 48 several years ago, we flew over a deserted camp a couple of miles off the road. The pilot set down nearby so we could search for any sign that might connect the spot to our fugitive and provide us direction of travel. Among other things, we found that the camp's previous occupants had eaten a can of peaches and a roasted sage hen. What was left of the bird’s drumsticks showed that the campers had not only eaten every last shred of meat off the bones, but gnawed the little round nubbins of cartilage off both ends, crunching through bone to get at the marrow.

I dated a girl in high school who ate chicken this way. In fact, I do believe she preferred chicken bone to chicken meat. But, apart from her, I’ve not met many well-fed Americans who can get past all the chewy tendons and connective tissue on a chicken leg, let alone go to the trouble of biting the bone. I have, however, known many people from Mexico and South America who were raised doing just that.

Again, I’m drawing generalities here, but we’re giving it our best guess when we track. In this particular case the guess that this camp didn’t belong to our fugitive, but to a couple of possibly undocumented visitors from south-of-the-border, was bolstered when we found remnants of red chili peppers in some poop.

I know, ‘again with the poop’. I warned you that would be part of this tracking business.

As we saw in my last post, there is a heck of a lot more to cutting sign than looking at footprints. Good trackers are good naturalists. I enjoyed Chuck Tyrell’s post on survival skills. Knowing what plants are and are not native to an area is stuff every good tracker puts in his or her medicine bag for later use.
Remember, the sign tells us a story.

We have a saying in Alaska: Step out of the RV and into the food chain.
Up here, wilderness work with the US Marshals carried the added wrinkle of not being at the top of that food chain—whether we happened to be tracking a felon or looking for a hunter who had lost his way. The knowledge that what started as the search for a missing hiker might well turn into the scene of a bear mauling—and at worst, a grizzly guarding a fresh kill—made us pay special attention to the story on the ground as it unfolded before us.

Here’s a sample scenario that happened to us more than once:

--Pucker brush lines either side of the trail. (Pucker brush is named from the reaction of a certain muscle group in the body, caused by the high probability big grizzly bears are hiding in that brush.)
--On the trail we find the distinct impression of a Danner boot left by the person we are tracking--with lots of 'kick' debris forward of the toe.
--Over the front half of the boot track, driven deep into the mud, is the hind print of a large grizzly bear. --It measures eleven inches from heel to toe with another two inch span to the claw marks.
--The ground is saturated from nearby streams and water seeps into the track while we stand there.

So, from this we learned:

Our quarry had passed this way, walking at a good pace.
A large grizzly was somewhere in between us and our quarry.
Said grizzly had stepped in the boot print recently enough that muddy water was still draining into its track.

As I’ve said before, my publisher has me on hiatus from Westerns for a bit--writing Adventure/Thrillers. I figured I’d choose a Western flavored scene (though I’m following others that have gone before me, putting in a few more than six sentences.)

So, from NATIONAL SECURITY, the first book in the Jericho Quinn series (Nov 2011), here’s Air Force OSI Agent Quinn and his new friend, Marine Gunny and Cajun, Jacques Thibodaux, on the night they are drawn into their new assignment.


“Somethin’s eatin’ you, ain’t it, Chair Force?”
“I was just thinking,” Quinn said. “You know I grew up in Alaska, right?”
“I always did want to see that place…in the summer, mind you.”
“The year before I left for the Academy,” Quinn said. “I went on this big deer hunt with my brother and dad out on Kodiak.”
Thibodaux raised an eyebrow. “There’s some mighty big bears on that island, beb.”
Quinn put his hands in his pockets against the chill. “It was dark and cool…just like tonight. We took three Sitka blacktail deer about dusk and were covered with blood by the time we headed back to camp with the meat in our packs.”
Thibodaux gave a low whistle. “Not a good way to be in bear country.”
“You’re telling me,” Quinn said, remembering the event as if it had just happened. “On the way back, we came around a corner in the alder brush next to a little mountain stream and there was this live salmon lying in the middle of the trail. Its skin had been peeled off right before we happened along and it was still flopping around in the mud--with some pretty serious teeth marks in its tail. The bear was nearby and pissed, thrashing in the alders, close enough we could smell him. No doubt he wanted to get back to his meal of freshly skinned salmon…”
“You feel that way now?” Thibodaux asked. “Like a hunter covered with blood in the middle of bear country?”
“Nope.” Quinn sighed, walking toward the darkened brick house. “I feel like the fish.”


Marc Cameron is a retired Chief Deputy US Marshal and 29-year law enforcement veteran. His short stories have appeared in BOYS’ LIFE Magazine and the Saturday Evening Post. He has published nine novels, six of them Westerns (several as a ghost writer and two under his pen name, Mark Henry).  His present Jericho Quinn series—NATIONAL SECURITY, ACT OF TERROR and STATE OF EMERGENCY (available in April 2013)— features an adventure motorcyclist, Air Force OSI agent and renaissance man who spends his days sorting out his life and kicking terrorist butt.   Marc lives in Alaska with his beautiful bride and BMW motorcycle.
Visit him at: