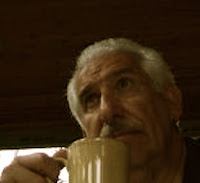 1. Most exciting day of my life.

I've been blessed with several exciting days over the years--exciting in different ways, and from the simple to the profound.

For example, I can still remember getting excited when I watched a computer geek show me - on  something called a computer - how it was possible to highlight a paragraph, make it disappear, and magically insert it on a different part of the page, or how you could delete one or several words and replace them with others.

The idea of convenience and speed wasn't lost on me. Around 1973, I had graduated from carbon paper and white-out correction fluid to a big blue IBM Selectric II that featured a ribbon to correct mistakes. And, I didn't think anything would replace it.

I experienced a different kind of excitement, however, when I took delivery of my first novel. It was an amazing feeling to rip open the box and see the physical results of the time spent creating a fictional community of friends and enemies, and watching them interact for good or evil.

For the most part, I'm willing to try almost anything when it comes to food. However, in the interest of health and sociability, I make an effort of devoting equal time to several important food groups: 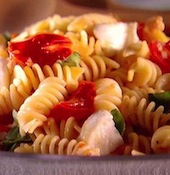 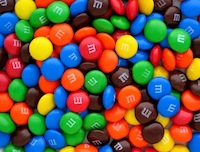 
Over the years, I've had a lot of different cars--too many to count. But three of my favorites were:

4. Something you may not know about me.


In high school, I worked as a rock 'n roll DJ for the local radio station (late 50s). Among my only remaining mementoes are letters from Dick Clark, Paul Anka, and Ricky Nelson. Each letter is in a protective plastic sleeve, and kept in a file so secret that I'm having trouble finding them.

A couple of times a month, I would hire a four-piece rock band to play at record hops. Taking a page from the TV Western Paladin, I called my one-man enterprise: "Have Record, Will Hop." 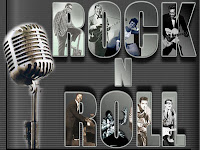 When I was in England, I happened to visit Liverpool once and heard a group that called itself the Beatles,  but that was pre-Ringo.

Years later, I worked as public relations director for the Ohio State Fair and once flew to Las Vegas with the GM, to have lunch with Col. Tom Parker, who managed Elvis Presley, in an attempt to lure the King into making an appearance at the fair. The rest of the story, as the saying goes, is too bizarre and lengthy for this space.

This is an exhaustive list that includes Raymond Chandler, David Morrell, Dorothy M. Johnson, Elmore Leonard, Louis L'Amour, Daniel Silva, Jory Sherman and other friends at Western Fictioneers, who are among the best authors in any genre.