My favorite western, kind of. 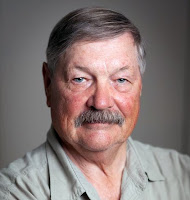 Cheryl asked me to do a post on my favorite Western novel. My immediate reaction was The Time It Never Rained. Of course, this relatively modern story does not fit the Western Fictioneers definition of Western. But still . . . .

My second reaction was Redemption, by Richard Wheeler. Except I can’t find a Redemption by Wheeler, so the title must have been something else. Never mind, Cheryl said to go with my first choice.

My love of this book starts right in the introduction. First, listen to what Elmer has to say about this iconic novel.

The Time It Never Rained as you read it here is my third version. I began writing the first shortly after the drought was broken. It failed to find a publisher, as did the second version in the early 1960s. I set the novel aside for about ten years. After critical acceptance of The Day the Cowboys Quit in 1971, I decided to try again, completely rewriting it. Perhaps I had become a better writer after ten years, and perhaps editors were more prepared to accept the premise that all which comes out of Washington is nor necessarily golden.

Elmer Kelton, as we all know, wrote western novels as few others can or could write them. Still, as you can see from his very own words, this story had a difficult time finding a home. I don’t remember when I picked the book up, as I went on an Elmer Kelton rampage in the late ‘80s and early ‘90s. But it has stuck with me every since.

In a way I empathize with Elmer (I call him Elmer because that’s the way I knew him. Last names in articles, the rules say, but to me he will always be Elmer.) because the first Western novel I wrote and submitted to a Louis L’Amour writealike contest didn’t win. It didn’t even get an encouraging word. These were the days when I was garnering advertising and corporate literature awards by the handful so I immediately assumed that I couldn’t write fiction, and relegated the MS to the bottom righthand drawer of my desk. (Note that I didn’t throw it away.) It moldered there for twenty years . . . but that’s another story.

The Time It Never Rained

Westerns are often about loners. And in the town of Rio Seco, Charlie Flagg seems to be the loner. He’s one who will not go on government dole, wants nothing to do with new or old government programs, and figures what he built he can tear down. At the end of the first chapter, government men discuss Charlie Flagg.

Nicholson’s supervisor had come out into the hallway to listen. He said, “One of those rugged individualists, isn’t he?”

“Someday he’ll just be a ragged individualist. He’s standing still while time goes on by. But he’ll be in to see me one of these days. He’ll come in like all the rest.”

The supervisor frowned, watching the rancher go through an open door. “Somehow, I hope he never does.”

The supervisor said, “He’s gone out of style, but the world will be a poorer place when it loses the last of his kind.”

“You sympathize with him?”

“I pity him, a little. A man can get awfully lonesome standing out there all by himself.”

At the end of the first chapter, we know that Rio Seco’s a dry place that’s bound to get drier, and that Charlie Flagg’s not about to give up his independence. Wow.

The drought came. Sheep did well at first. They’re bred that way.

It was the cattle that suffered first; they were bred for the green midlands of England. The calves had no bloom, and Charlie was sure they would come up thirty or forty pounds light this fall.

Now in September, the days were still hot but the nights cooled quickly, and the early mornings mad a man hunt for a light jacket. Charlie knew he could no longer put off his annual prewinter visit to the bank.

And right after he got his line of credit, Charlie had a run-in with the federal government. He wanted to buy some wheat to plant for winter grazing.

Jim Sweet lost his grin. “Sure, Charlie. Only, it’s been a long time since I remember selling’ you any wheat seed.”

“Been using oats. Thought this time I’d try wheat and see if it stands the winter better.”

Uncomfortable, Sweet rubbed the back of his neck. “I can sell you all the seed you want, Charlie, but I’m not sure you can plant it. There’s government regulations on it now. You can’t grow wheat without you got an allotment. On account of the surplus, you know.”

“I just want to graze it. I don’t figure on turnin’ none of it over to the government.”

“Ain’t my doin’, Charlie. Me, I’d as soon cut the whole thing wild aloose and see where it lights. But they got the regulations, and they’ll bear down on you. It just happens that the PMA man is in my office right now, lookin’ up some figures. I’ll get him to tell you what you can do and what you can’t.”

Charlie goes on and on, and then the PMA man tells him:

“There’s a certain logic, Mister Flagg, if you’ll think about it. If you weren’t allowed to grow that feed for yourself, you’d buy it from somebody who did have an allotment. That would help keep down the surplus.”

Which Charlie doesn’t like. He doesn’t think anyone has the right to tell him what he can or can’t plant on his own land. Then the government man got mad.

“But harvest wheat from it without an allotment and you’ll pay a fine or go to jail! If you don’t like laws, Mister Flagg, perhaps you should move to some country where they don’t have any.”

“I liked this country before it was saddled down with so many of them.”

Nicholson gave up the argument and stamped away.

Now we can see what’s coming. And the title of the book tells us it isn’t going to rain.

Elmer’s story shows what small-town Texas is like. He’s a man with permanent ideas about what roles are about. When a friend’s daughter helps a boy pick a horse, her dad has a problem.

Page ruefully shook his head. “I didn’t count on him picking the best colt I’ve raised on this ranch in the last two years.”

Charlie grinned. “Then you oughtn’t to’ve had that colt in the pen. You know these Mexican boys . . . they got an eye for good horses.”

“Wasn’t the boy, it was the girl. My own daughter, she done me in.”

“If you’d trained her in the kitchen where she belongs, she wouldn’t of done it.”

What does that tell you about where Charlie Flagg comes from?

Maybe the reason I like The Time It Never Rained so much is that it reminds me of the lifestyle of my youth. While my father was not a full-time rancher, between him and us three boys, we ran pretty near a full time ranch. As a matter of fact, we still have about twenty mamma cows that belong to the family trust, and we have farmland that we can go back to if there’s ever a need. Until then, it’s in alfalfa and grass, ready to be plowed and planted. Cousins have tractors and some have workhorses, if that’s what things came to.

Things don’t go well when the government gets involved, especially in West Texas. When feed got scarce, the PMA got people to order $34 hay. Here’s what happened.

Yancy Pike glared a moment at Rounder. “Some things ain’t to be laughed about. These are hard times.” He took a wrecking bar and twisted the metal seal. Nicholson had to hammer the door latch to work it loose. He put his shoulder against the door and slid it open, straining.

“Well, Yancy,” he said, breathing a little hard, “back your truck up here and we’ll fill your order.”

Pike maneuvered his bobtail truck into place and cut the engine. He climbed up into the truckbed, waiting eagerly. Other men mocved close to see what this cut-rate government hay would look like. Nicholson and Emil Deutscher climbed into the boxcar.

Charlie thought he heard a woeful “Uh-oh” from Emil. Nicholson said, “Here it comes, Yancy.” The two men caught hold of the bailing wires and swung out the first bale. It landed with a thump in the bed of the truck, dust flying, the bale breaking open as one of the wires slipped off. Men nearby leaned forward to look, then went silent, disappointment pinching their faces.

Yancy Pike’s voice lifted angrily. “What kind of gyp is this? Let me into that boxcar! Let me see!”

Needless to say, they refused the old moldy hay, cut-rate though it was.

Of course things go from bad to worse. Charlie can’t keep his Mexican help. His son Tom breaks a foot and can’t do the rodeo circuit. He brings his high falutin’ wife to live in the Mexican’s old house.

And things get worse. Then the other ranchers come wanting Charlie to go to Washington to lobby for more support. Here’s what he has to say.

Charlie swung his gaze to Page Mauldin. “We’ve always had our up times and our down times in the cattle business. We take a stiff dose of medicine and then the thing gradually corrects itself. But you let a price-support crop get sick and it stays sick. The day the government goes to supportin’ cattle, the cow business is lost, and the cowman is just another peon with his hand out to Washington.”

Everyone got mad at Charlie, including his son Tom.

Mary’s eyes were on him. Impatiently he said, “Well, you’d just as well speak your piece, too.”

Mary just stared. “There’s still a slice of that chocolate cake left. You want it?”

Charlie looked at her for a moment, trying vainly to read what was in her mind: he never could tell what she was thinking when she didn’t want him to. He shook his head. “Don’t you know it’s fattenin’?”

I like the way Elmer told the story. I like the attitude of Charlie Flagg. But the words of his old friend Rounder Pike puts it best.

Rounder stepped to the curb and relieved himself of a wad of chewing tobacco. He paused, pensive. “Don’t think too hard of us. We all want help. But there you stand like our own consciences talkin’ to us, tellin’ us how far we’ve strayed from what we believe in. Nobody like his conscience naggin’ at him, even though he knows he’s wrong. We envy you for your guts, Charlie, but I reckon we resent you a little, too, for being stronger than the rest of us. Times past, they used to crucify the prophets.”

If you've not read this Kelton classic, do it. I recommend it highly.
Posted by ChuckTyrell at 12:17 PM