Our generation has lost so many important talents and skills. Technology makes it easier for us, but in some ways, it takes away our independence. Maybe that’s one reason we love to read (and write!) historical fiction. We can go back in time vicariously without having to live through all the hardships and trials of everyday life, experiencing only the top layer of what must have been difficult, by our standards, every moment.

Does anyone know how to cut up a chicken anymore? My mother did. I remember her getting out the wickedest looking knife I’d ever seen every Sunday and cutting up a chicken to fry. They had started to sell cut-up chickens in the store, but they were more expensive. Mom wouldn’t have dreamed of paying extra for that. By the time I began to cook for my family, I didn’t mind paying that extra money—I couldn’t bear to think of cutting a chicken up and then frying it. 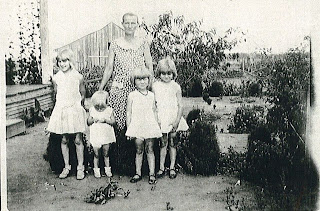 This is my great grandmother with my mom (far left) and three of her siblings. Probably taken around 1928 or 1929.
It’s all relative. My mom, born in 1922, grew up in a time when the chickens had to be beheaded, then plucked, then cut up—so skipping those first two steps seemed like a luxury, I’m sure. I wouldn’t know how to begin to cut up a chicken. I never learned how.

Hog killing day was another festive occasion. Because my husband was raised on a farm, he and my mother had a lot of similar experiences to compare (this endeared him to her in later years.) Neighbors and family would gather early in the day. The hog would be butchered, and the rest of the day would be spent cutting and packing the meat. When my husband used to talk about the “wonderful sausage” his mother made, I was quite content to say, “Good for her. I’m glad you got to eat that when you were young.” (There’s no way I would ever make sausage.) 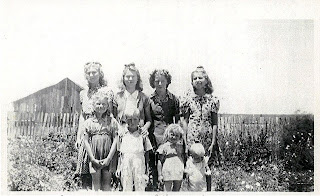 Very rough times. My mom, again, far left, with younger siblings. Probably taken around 1937-1938. Dustbowl/Depression Era Oklahoma.
Medical issues? I was the world’s most nervous mother when I had my daughter. But being the youngest in the family, I had a world of experience to draw on. I also had a telephone and I knew how to use it! I called my mom or one of my sisters about the smallest thing. I can’t imagine living in one of the historical scenarios that, as writers, we create with those issues.

The uncertainty of having a sick child and being unable to do anything to help cure him/her would have made me lose it. I know this happened so often and was just accepted as part of life, but to me, that would have been the very worst part of living in a historical time. I had a great aunt who lost all three of her children within one week to the flu. She lost her mind and had to be institutionalized off and on the rest of her life.

My mother was the eldest of eleven children. She often said with great pride that her mother had had eleven children and none of them had died in childhood. I didn’t realize, when I was younger, how important and odd that really was for those times. My father’s mother had five children, two of whom died as children, and two more who almost died, my father being one of them. 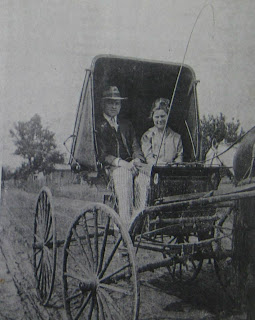 My mom's parents, courting. This would have been about 1919.
It was a case of my grandmother thinking he was with my granddad, and him thinking three-year-old Freddie was with her. By the time they realized he was missing, the worst had happened. He had wandered to the pond and fallen in. It was a cold early spring day. Granddad had planted the fields already, between the pond and the house. A little knit cap that belonged to little Freddie was the only evidence of where he’d gone. It was floating on top of the water. By some miracle, my granddad found him and pulled him up out of the water. He was not breathing. Granddad ran with him back to the house, jumping the rows of vegetables he’d planted. The doctor later told him that was probably what saved Dad’s life—a very crude form of CPR. 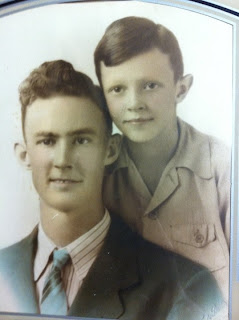 My dad and his younger brother, Kay--this was taken around 1938-1939. Dad would have been 17 or 18.
Could you have survived in the old west? What do you think would have been your greatest worry? What would you hate to give up the most from our modern way of life? I’m curious to know, what skills or talents to you think we have lost generationally over the last 100 years? 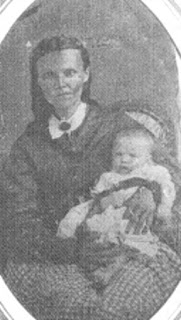 My great great grandmother on my dad's side, Sarah Manery Casey--this was her Anglo name, we don't know her true Indian name.
I’m not sure I would have lived very long, or very pleasantly. I know one thing—my family would never have eaten sausage that I’d made.