Matt Cord is going to avenge his brother's hanging . . . no matter who he has to kill! 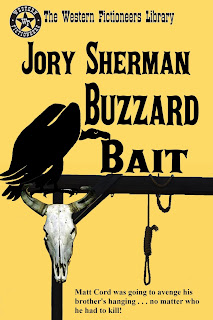 Matt just wants to get his brother Luke, Luke's fiancée, and the herd of cattle to their ranch in Montana Territory. But when old enemies strike at Matt through his family, he takes his .44, his Bowie knife, and his old Hawken rifle and sets out on a vengeance trail that takes him through blizzards, hostile Indians, and deadly ambushes to a final showdown!

BUZZARD BAIT is a classic early novel by the legendary Jory Sherman, dean of living Western authors. Out of print for more than 30 years, it's now available again from the Western Fictioneers Library. Don't miss this action-packed tale from a writer Loren Estleman describes as "an American treasure"! 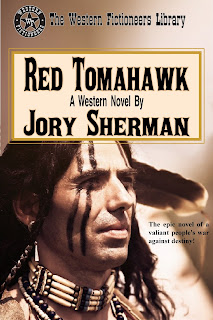 Young Sioux warrior Red Tomahawk and his best friend Curly face the dangers of an increasingly hostile frontier as soldiers and gold-seekers encroach more and more on Oglala and Lakota lands. But neither young man can predict where destiny will take them as the fires of war spread across the plains and Curly becomes the visionary leader of his people known as Crazy Horse! Their fate awaits them in the valley of the Little Big Horn . . .

RED TOMAHAWK is an epic novel of war, friendship, and danger, full of poetic visions and gritty action, a compelling tale spun by living legend and master storyteller Jory Sherman, one of the most honored Western authors of all time. This sweeping saga is a proud addition to the Western Fictioneers Library, which is devoted to making the best classic Western fiction available again for today's readers. 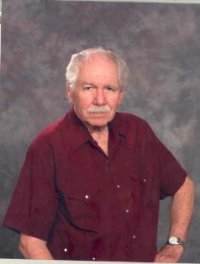 Jory Sherman began his literary career as a poet in San Francisco’s famed North Beach in the late 1950s, during the heyday of the Beat Generation. His poetry and short stories were widely published in literary journals when he began writing commercial fiction. He has won numerous awards for his poetry and prose and was nominated for a Pulitzer Prize in Letters for his novel, Grass Kingdom. He won a Spur Award from Western Writers of America for The Medicine Horn. He has also won a number of awards from the Missouri Writers Guild, and other organizations. Sherman was a book producer, packaging books for many major publishers. His CHILL series of mysteries, published by Pinnacle, appeared in 14 countries. He has published more than 400 books since 1965, more than 1000 articles and 500 short stories. In 1995, Sherman was inducted into the National Writer’s Hall of Fame. Literary critics consider Sherman to be among the top 5 of western writers, according to Dale Walker, historian. Warren French, former professor of literature at the University of Florida, wrote that: “Jory Sherman has a strange and powerful knowledge of language and an almost perfect ear.” Sherman continues to write novels and short stories as well as conduct writing workshops. He received the Western Fictioneers Lifetime Achievement Award in 2012 and is the 2013 recipient of the Owen Wister Award for Lifetime Contributions to Western Literature. www.jorysherman.com

Now Available at Amazon, Barnes and Noble, and Smashwords


And if you missed it Western Fictioneers also published Jory Sherman's Gun For Hire in May.