This is the second book featuring Jake Scudder. It was originally published as a Black Horse Western by Robert Hale in 2007 and has been republished as an ebook by Western Fictioneers. 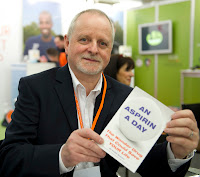 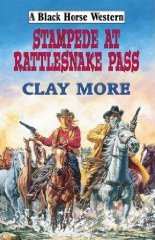 Jake Scudder was just minding his own business when he saw the cloud of dust and heard the noise like thunder that indicated a stampede. Riding as fast as he could to lend a hand he soon discovered that a massacre had taken place at Rattlesnake Pass and that the Rocking H herd had been rustled. And then he found the wrangler, Johnnie Parker barely alive. Throwing his hand in with the Rocking H owners Jake escorted the beautiful Elly Horrocks to Silver City to try to get the herd back. But then followed murder, a kidnapping and a race against time to stay ahead of rustlers' bullets and the hangman's noose. Scudder was determined to find whoever was behind it all - and make them pay!

As with all of my westerns, things are not quite what they seem, since my writing is a fusion of western and crime fiction. I like to challenge the reader to solve the mystery at the heart of each novel.

One thing that Rubal Cage prided himself upon was his knowledge of critters. He somehow understood they way they thought, both as individual ornery beasts and when they were moving together as a herd. He had worked with them for all of his adult life – on both sides of the law – as a regular puncher and ramrod, and as a brand-buster, in between spells as a road agent or hired gun. And he knew just how to work them either way. Yet the thing that he was proudest of was his knowledge of the way a herd worked when it was stampeding, when it was running flat out without direction. He knew, probably better than most, on account of the fact that he had orchestrated stampedes on numerous occasions in the past.
And no-where offered a better place to stampede and control a herd than the Rattlesnake Pass in the Pintos. The natural lie of the land and the way the Pass turned about on itself in a natural U-shape meant that the cattle naturally slowed down as they navigated the bend.

"And that’s just where you’ll be waiting for them," he had told Hog Fleming and Cole Lancing

before they had set off at the beginning of the venture.


Bio:  KEITH SOUTER is a part time doctor, medical journalist and novelist. He is married with three grown-up children and lives within arrow-shot of the ruins of Sandal Castle, the scene of two of his historical crime novels.  He writes books about medicine and health and anything else his agent conjures up a deal for. He writes fiction in four genres - westerns as Clay More, crime as Keith Moray, historicals and YA fiction as Keith Souter.  He also enjoys short fiction, for which he has won prizes, including a 2006 Fish award. 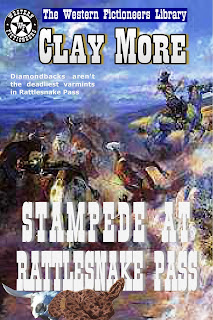 And he also has a story entitled THE OATH,  about Doc Logan Munro in the latest Wolf Creek anthology: HELL ON THE PRAIRIE, published by Western Fictioneers. 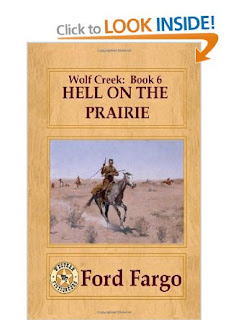 And his monthly ebook short story series about The Adventure of Doctor Marcus Quigley is published by High Noon Press. 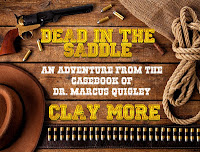 All are available from Amazon and Barnes & Noble.
Posted by Keith Souter at 3:30 AM