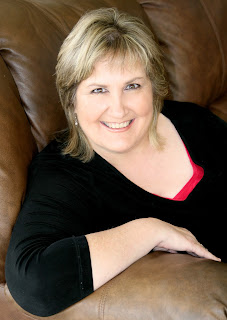 Troy's out of town today so I'm putting up a post about my characters, Derrick McCain and Carson Ridge, and borrowing a bit of Troy's description of them both.

In case this is your first look at the world of Wolf Creek, here's a bit of what Troy has to say about it.

"Wolf Creek is probably the most unique Western series ever produced. It is published by Western Fictioneers and written by Ford Fargo- who is actually about twenty different Western authors. Each one has created a unique character, and in each installment six authors collaborate to tell a story from the points of view of their particular creations.

It may sound complicated. but the result is anything but: each volume holds together remarkably well, and the series has been creating quite a bit of buzz.

I am the series editor, and one of my two characters appears in each book to help tie things together. Other than me we have a wonderful mix of genre veterans and best selling authors and up-and-coming newer writers who are making their mark."---TROY D. SMITH


GIVEAWAY: Before we go any further, I want to talk about the giveaway today! I'm going to be giving away a trade paperback copy of Bloody Trail to one of our visitors. ANYONE WHO LEAVES A COMMENT ON THIS OR ANY OF THE OTHER WOLF CREEK TUESDAY ARCHIVED BLOGS along with a contact email address will be eligible to win (you can also send said addy to me, at fabkat_edit@yahoo.com if you prefer it not be public- but you still have to leave a comment!)


That said, let's take a look at my character, Derrick McCain, farmer, as Troy describes him.

Derrick is 18 when the War Between the States begins. His two older brothers leave immediately, refusing to take him with them. A few days after they leave, Derrick strikes out on his own, determined to make his own way. He joins up with the regular Confederate Army, with the hope that one day he will return to Wolf Creek and marry his sweetheart, Jolene. Things don't work out as he'd thought. His brothers are killed at Shiloh, and not long after, he receives word that his father, Andrew, has been murdered for his outspoken politics by a band of Jayhawkers. At this news, Derrick deserts to join up with Jim Danby's guerrilla band, who ride with Quantrill and Bloody Bill Anderson, to seek revenge on the Jayhawkers who murdered his father.

The day comes when Danby intends to do something so heinous that Derrick rebels, refusing to obey direct orders from the gang leader. Derrick tells him that he will not torture and murder their captives, a small band of black Union soldiers who were sent to attack Bloody Bill Anderson during the Centralia Massacre. Danby has Derrick beaten and left for dead, giving orders for the others in his band to shoot the Union soldiers. But one of the black men, Charley Blackfeather, manages to get away, never knowing that Derrick stood up for them.

Derrick is found by a farmer who lives nearby and taken to the man's house, where he's cared for. The end of the war comes as Derrick heals enough to ride once more. He returns to Wolf Creek, not sure of his place in the world--Jolene has married a Yankee, and he finds himself the only male survivor of the McCain family. He steps into the unwanted role of settling into the life of a farmer, his younger sister less than welcoming since she has married due to necessity because of his absence. Derrick's world is turned upside down a few years down the road when the Danby gang comes to pay the citizens of Wolf Creek a call. Derrick is sure of only one thing this time around: in order to make peace with himself, he has to ride with the posse to avenge what Danby's gang has done to his town. He swears to kill or be killed, on the BLOODY TRAIL.

And a little about one of my supporting characters, CARSON RIDGE, from Troy:
CARSON RIDGE: A full-blood Cherokee and Derrick McCain's childhood best friend. Raised in the eastern part of Indian Territory in the Cherokee Nation, he's well-educated having attended the Indian school where Derrick's father was headmaster for several years. When Derrick's family moves to Wolf Creek, Kansas, Carson hopes that once Derrick learns the reason for the move, he will someday return to Indian Territory and the heritage that belongs to him. Carson's past is something he doesn't talk about much. He has become a Lighthorse officer for the Cherokee Nation. As the years pass, he believes he will never see his friend again...until fate brings them together under the most unlikely circumstance.

The focus of Wolf Creek Book 5: SHOWDOWN AT DEMON'S DROP centers on Derrick when he must go after some renegades who have kidnapped his sister, Kathleen. 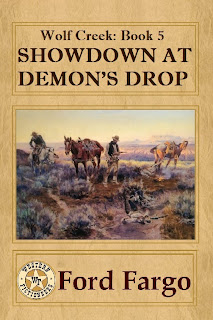 And he turns up again in Wolf Creek Book 6: HELL ON THE PRAIRIE, which is a collection of short stories about some of the characters in the Wolf Creek series. I enjoyed working on this short story about Derrick because it lets the reader see into his personality more deeply--and there are certainly some twists and turns that are headed his way! 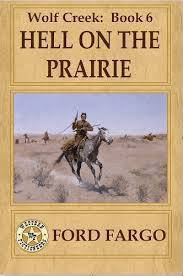 And here is some background on me:

I was born in Duncan, Oklahoma, and grew up in Seminole, Oklahoma. I graduated from the University of Oklahoma, and hold a B.A. in English. I have taught numerous writing classes and workshops over the past years and also work on an individual basis with many of my students, and other authors, locally and nationwide.

My most recent publications include my YA historical western, "KANE'S CHANCE" with WESTERN TRAIL BLAZER publishing. Another recent publication in the western historical romance genre is the June release, "GABRIEL'S LAW". The three WOLF CREEK publications mentioned above have come about over the past year, and have all spent time on Amazon's "TOP 100 HOT NEW WESTERN RELEASES" list for Kindle in the past month! Switching from the historical genre to contemporary romantic suspense, my third novel, "SWEET DANGER" was released through THE WILD ROSE PRESS in 2010 and reissued with Publishing by Rebecca J. Vickery this past year. "TEMPTATION'S TOUCH", also a contemporary romantic suspense, came out last year through THE WILD ROSE PRESS.

I live with my husband in Oklahoma City, Oklahoma, where we've been for the past 27 years. I have two grown children, ages 23 and 26, and my "granddog", Embry, (who lives with us.)

TO SEE ALL OF MY WORK, PLEASE GO TO MY AUTHOR PAGE HERE:

https://www.amazon.com/author/cherylpierson
Posted by Cheryl Pierson at 12:30 AM