An empire once spread across part of the Cherokee Outlet in what was the Ponca region of Indian Territory. It covered over 110,000 acres, or about 172 square miles on land mostly leased from the Cherokee tribe on a piece of that verdant land known as the Tallgrass Prairie. To put it in a little better perspective, it covered more land than the cities of present-day Denver and Amarillo put together. It became known as the 101 Ranch. 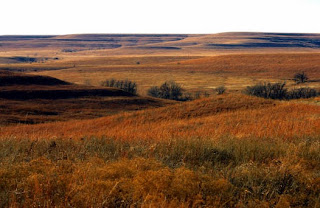 It started when a young man named George Washington Miller, the son of Kentucky landed gentry, pulled up stakes from his post-Civil War home to move his family west. A Confederate cavalry veteran, Miller had become angered and disgusted with what the Reconstructionist federal government had done to southern landowners, and decided to seek better prospects in California. He’d heard land out there was cheap and taxes almost non-existent; that there was little or no government to intrude on a man’s ambitions (color that ironic).

G.W. and his party got as far as southwest Missouri before the winter of 1870 got the best of them, and they decided to hole up in the little village of Newtonia to wait it out. Come spring, G.W. planned, they’d head down to Fort Smith, then across Indian Territory and on out to Santa Fe, and from there take the old California Road to the promised land.

There were good folks in Newtonia who welcomed them in, good southern folks, who were in the process of rebuilding their town the Union Army had destroyed. It appeared to G.W. that their main endeavor was raising hogs. Ever on the lookout for business opportunities, Miller looked around at all those pigs and got an idea. He’d heard Texas had a lot of beef, but not much pork. Maybe it’d be worthwhile to delay his trip to California so he could make some money trading pork to Texans for beef. 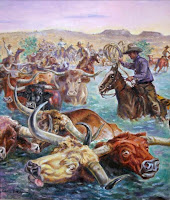 And that’s what he did. He’d butcher and cure hams and bacon, hustle them down to Texas, trade for cattle on the hoof and drive those back up the Chisholm or Shawnee Trails to the railheads in Kansas. Miller did this for ten years. California became an afterthought.

Eventually, G.W. leased prairie land from the Indians just south of Kansas, so he could drive his herds there to graze on the tall bluestem, fattening up his steers AND profits before shipping them east. As the enterprise began to grow, Miller could see he needed a brand to identify his stock.

Nobody knows for sure how the 101 brand came about, but the best story had its origin in San Antone. In 1881 San Antonio was the biggest, baddest city in Texas. It was the town where large herds of longhorns were gathered and driven north. That also made it the gathering place for every kind of cowpuncher you could imagine. It was wild and woolly to the extreme. One night, the night before Miller and his outfit were set to drive a herd of two thousand steers north, G.W. brought his cowhands to a local eating establishment and honky tonk for a final meal before hitting the trail to Kansas. Miller was experienced and wise enough to know his drovers needed to romp and stomp a little before heading out on the long, grueling, and treacherous cattle drive.

The place was a favorite among the cowboys. It was billed as having the wildest women, rawest whiskey, and worst gamblers in a town famous for all those things. It was located at 101 East 2nd Street, and was called simply, “The Hundred and One.” A board sign over the door displayed those numbers.

G.W. and his tough old ramrod, Gid Guthrie, hired only the best cowhands, and that meant the hardest, roughest, meanest, strongest, cussedest trail drivers around. When working cattle, you could depend on men like that. You wanted those qualities out on the trail, but in honky tonks and towns, not so much.
A lot of whiskey flowed that night. Perhaps a 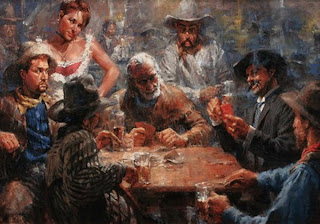 disagreement came up over who should have the next dance with one of the doves; maybe accusatory questions arose concerning how some of the “worst” gamblers dealt the cards; could be one reveler bumped into another, sloshing his beer onto the bumpee. Well, with that bunch of rowdies it probably didn’t take much. Hours later, after Miller, the joint’s owner, and several peace officers got all the cowboys separated and thrown out on the street, the Hundred and One, was totally wrecked. Even that board sign over the door was gone.

The next morning G.W. went back to the saloon/restaurant to pay the proprietor damages; a handsome amount, it’s said. Then he went to the San Antonio jailhouse to bail out his bruised, battered, and hung-over hands. Might've been the jailor reduced the fines, seeing fit to give Miller a volume discount.

Later, back at the herd, Miller noticed someone had nailed a wooden sign to one side of the chuck wagon. “101,” it read.

Standing next to him, G.W.'s trail boss said, "I'll git that board sign took down and put in the cook fire, Mister Miller."

“No,Gid, leave it,” Miller said. “Get me some irons made with them numbers on ‘em. That’ll be our brand from here on out. Want you to drive this herd harder and faster than we've ever done. And don't allow much time for eatin' or sleepin' or anything else but work. I don’t want these boys to ever forget that number.”

Next month Part 2 – “No Wilder West Than the 101.” How G.W.’s sons took the cattle empire of the 101 Ranch and built it into a venue for one of the biggest and most famous wild west shows ever. 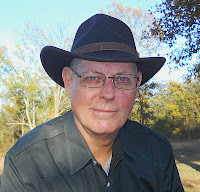 Phil Truman has authored three of what he calls, “Oklahoma-centric” novels.  Red Lands Outlaw, the Ballad of Henry Starr,  a historical novel about the life and times of an Oklahoma outlaw, was a 2013 Peacemaker Award nominee and finalist for the 2013 Will Rogers Medallion for Western Fiction. His novel GAME, an American Novel is a sports inspirational about small town schoolboy football. Legends of Tsalagee weaves a tale of mystery and adventure in a small town. He has won numerous awards for his short fiction, and his western short story “Last Will for an Outlaw” appears in LaFrontera Publishing’s anthology, Dead or Alive, released June 2013.
Phil’s website is: http://philtrumanink.com/